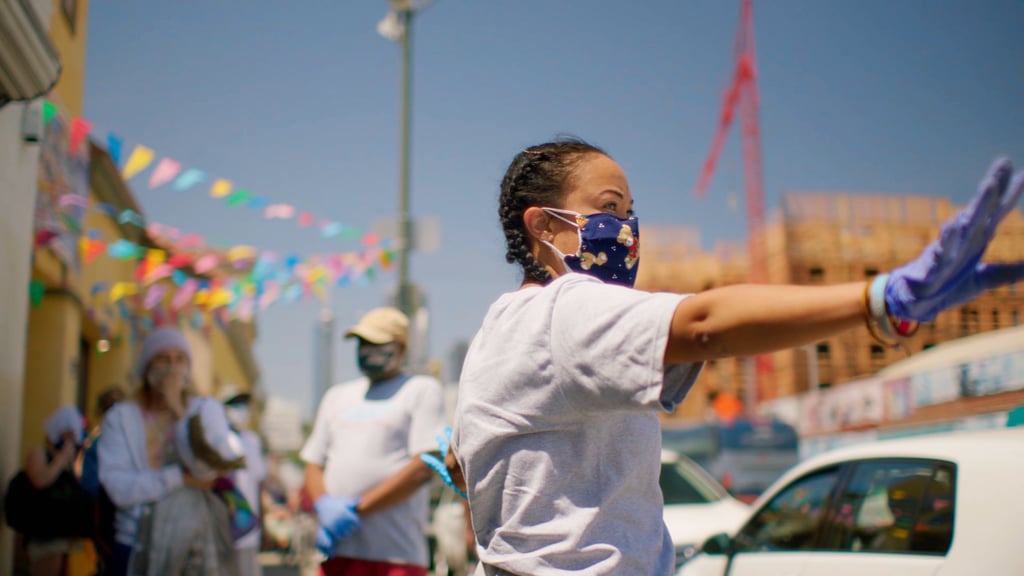 Those working on the front lines of the coronavirus pandemic will take center stage in a new docuseries. On May 8, Amazon Prime Video premiered Regular Heroes, an eight-episode special spotlighting how many individuals throughout the nation — from healthcare workers to grocery-store employees and emergency responders — are supporting their respective communities right now.

The debut episode was helmed by Alicia Keys, who recently released a song dedicated to essential workers. The singer introduces viewers to Trevor Henry, a senior inventory specialist at the Hospital for Special Surgery in New York City; Burnell Colton, a grocery-store owner in New Orleans; and Athena Hayley, the founder of the Love My Neighbor Foundation, which services the homeless population in Los Angeles.

In a press release, Keys described the series as "so pure and genuine." She added, "I'm happy to know this series will not only give support to but also put a face on the incredible people like Trevor, Burnell, and Hayley. They are the ones we clap for each night at 7 p.m. in New York. These are the Heroes."

New episodes of Regular Heroes will be released weekly every Friday. Amazon Prime Video has also set up a casting website for those who would like to nominate themselves or someone they know. Watch the movie trailer and see photos from the premiere ahead.

We can't wait for more episodes to drop next week! Make sure to watch them on Amazon Prime — if you don't have a membership yet, you can get a free 30-day trial today.

Related:
From Justin Bieber to Rihanna, Stars Are Giving Back During the Coronavirus Outbreak
Previous Next Start Slideshow
TVAmazon Prime VideoCoronavirusTouching StoriesTrailers

Netflix
The Most Intriguing Mystery of Jupiter's Legacy? The Group's Journey to Becoming Heroes
by Grayson Gilcrease 7 hours ago

Netflix
Wowza! The Cast of Jupiter's Legacy Look Completely Different Out of Character
by Kelsie Gibson 9 hours ago