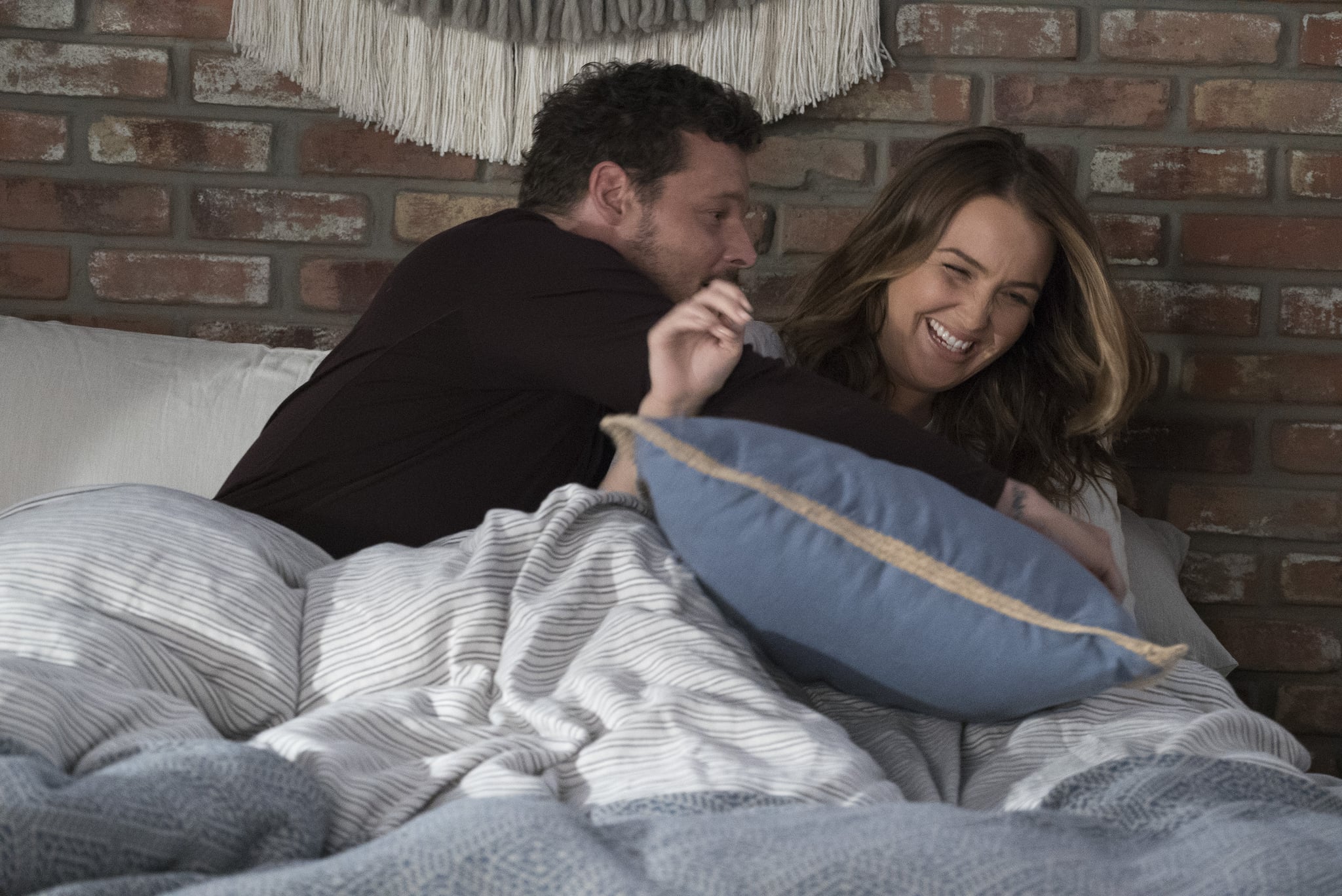 It's official: Grey's Anatomy finally tied the knot between Alex Karev and Jo Wilson this season. "But wait," you're probably thinking, "haven't they been married for two seasons now?" You would be correct — mostly. Here's what to know about the hilariously bizarre history of the Karevs' marriage and how it's finally been resolved.

Jo and Alex's wedding is the centerpiece of the season 14 finale that also features the departures of April Kepner and Arizona Robbins and the accidental first kiss between Meredith and her future new love, Andrew DeLuca. But a later episode reveals that things got out of hand — as things tend to do on Grey's — and the couple never officially filed their marriage license. So even though they acted and lived like a married couple, and Jo even went by Jo Karev, they weren't actually married that whole time.

Fortunately, Jo and Alex officially remedy that in the most recent episode, the sixth installment of season 16. With both of them in healthier places than they've been in quite some time, the duo decide to cap off a very stressful Halloween by running down to the courthouse (with Jo still in her zombie bride costume) and getting married — legally, this time! Jo even manages to prank her new/old hubby right there during the vows, by pretending — briefly — that she's pregnant.

Despite Jo's recent mental health struggles and Alex's stressful new job at PacNorth, these two have been one of the most stable couples on Grey's for a few years now. They're joining a surprisingly small number of married couples on the show: currently, the only other wedded pairs who are full-time characters are Richard and Catherine, and Bailey and Ben. As much as we love the romantic drama on the show, it's also pretty great to have stable, functional love stories that give us a break from all the drama. No matter what happens for Jo and Alex, we know they're always there for each other!