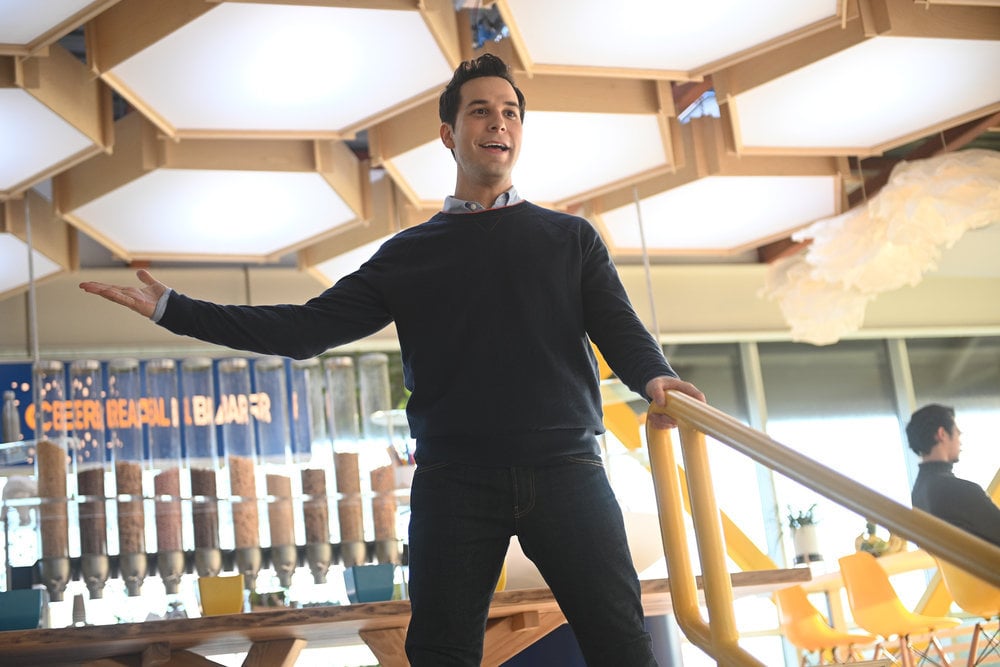 Musical TV shows have always needed ubertalented casts, and the new comedy Zoey's Extraordinary Playlist is no exception. Are the actors actually singing on screen? For the moment, it looks like yes, the main cast are doing all of their own singing rather than relying on postproduction dubbing by professional singers. Of course, it helps to have some veteran song-and-dance actors in the cast, too.

The show's premise explains its need for musical talents: our heroine Zoey (Jane Levy) suddenly develops the ability to hear the world's thoughts through song after an MRI gone wrong. Several of the show's lead cast members have experience singing, both in previous television work and on stage. Skylar Astin has perhaps the most extensive résumé, covering the trio of film, TV, and theater: he played college a cappella star Jesse in the Pitch Perfect movies, joined the cast of Crazy Ex-Girlfriend in its fourth and final season to take over the role of former town grump Greg (previously played by Tony winner Santino Fontana), and was part of the original Broadway cast of Spring Awakening. Peter Gallagher, who plays Mitch, and Lauren Graham, who plays Joan, also both have some Broadway experience: both appeared in Guys and Dolls, although they starred in separate revivals over a decade apart. Gallagher's musical theater credits go way back to the late 1970s and all the way up through a 2015 Broadway appearance in the revival of On the Twentieth Century.

Contemporary Broadway stars are also making their mark on the show alongside some of these longtime vets. Alex Newell (Mo) will be recognizable to Glee fans as Unique, and most recently, he got rave reviews for playing Asaka in the 2018 Broadway revival of Once on This Island. Among the recurring cast members, Stephanie Styles is a theater vet who was most recently seen opposite Corbin Bleu in the 2019 Kiss Me, Kate revival. With a cast filled with this much musical talent, it's no wonder the show doesn't need voice doubles for its characters! Catch all of your faves bursting into song on NBC now: Zoey's Extraordinary Playlist premiered on Jan. 7.