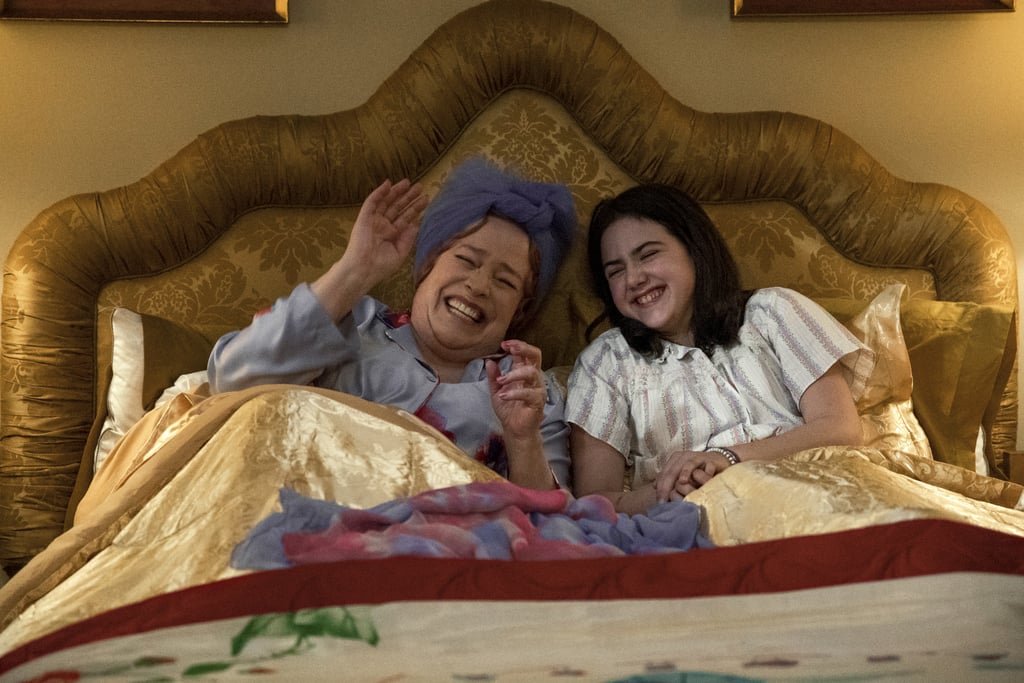 The "Are You There God? It's Me, Margaret" Trailer Brings Judy Blume's Beloved Book to Life

Judy Blume's beloved book "Are You There God? It's Me, Margaret" is finally becoming a movie, and we have our first look at the cast in action. The celebrated coming-of-age novel, which was released in 1970, serves as the foundation for Lionsgate's heartwarming film, which introduces newcomer Abby Ryder Fortson as the titular Margaret in its trailer, released on Jan. 12. In it, we see the 11-year-old grapple with the woes of teenagehood in a story that still resonates over 50 years later.

"The book is obviously about a young girl who is becoming a young woman and she's embracing her womanhood," Kathy Bates, who plays Margaret's grandma Sylvia, told People. "And I think women throughout history have been taught to feel negatively about their bodies and about the processes that their bodies go through. I think this film will help young women feel better about their bodies."

"Are You There God? It's Me, Margaret" was adapted and directed by Kelly Fremon Craig, who also wrote and directed "The Edge of Seventeen," and is led by Bates and Rachel McAdams, who stars as the young protagonist's mother, Barbara. Author Blume has been a part of the film's process from the very beginning, selling the rights specifically to Fremon Craig and producer James L. Brooks. McAdams told People that Blume was very involved on set and that she was honored to have the author there.

"Watching her watch her book come to life and to be a part of that was just so surreal," McAdams revealed. "She's the loveliest lady and I felt very honored to be part of this for that reason. That she waited so, so long to do this until she felt really good about giving it over. I just wanted to do right by her and give her the best Barb I could."

Ahead, check out the film's trailer and learn more about the cast, plot, and release date.