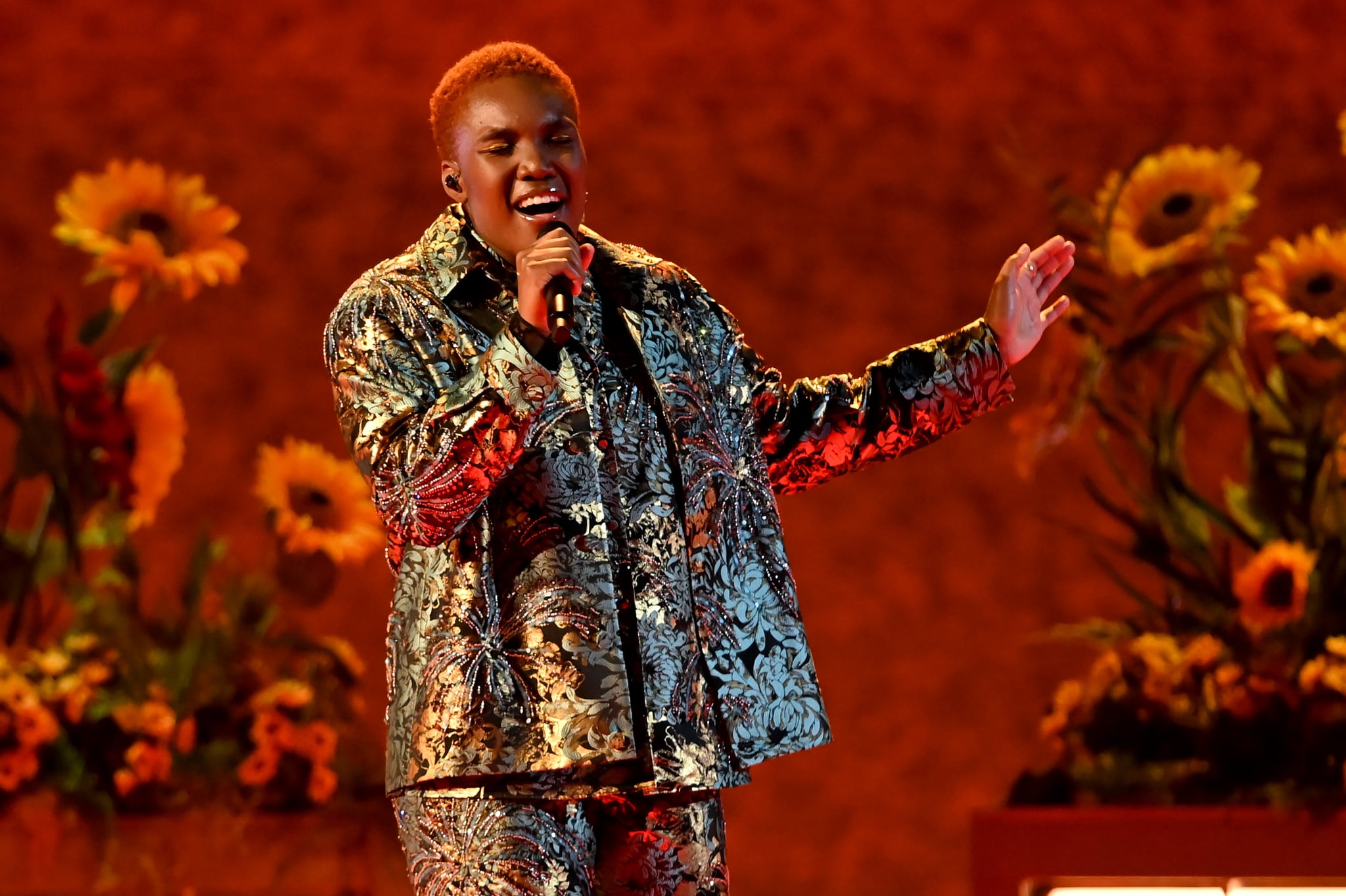 On May 11, Arlo Parks took to the BRIT Awards stage to perform a stripped-back rendition of her latest track, "Hope." The singer's performance began with a digital projection, featuring poetic words of hope and positivity on the screen, before Parks emerged in a metallic three-piece suit, surrounded by sunflowers. Parks' debut album, Collapsed in Sunbeams, released this year, and featured "Hope" as the latest single, following "Caroline," "Hurt," and "Eugene."

Other performers of the night included the likes of Dua Lipa, BRIT rising star Griff, The Weeknd, Coldplay, Olivia Rodrigo, Headie One, and a special performance of "It's A Sin" by Olly Alexander and Sir Elton John, plus a performance from Rag 'n' Bone Man and P!NK, featuring the NHS Greenwich choir.