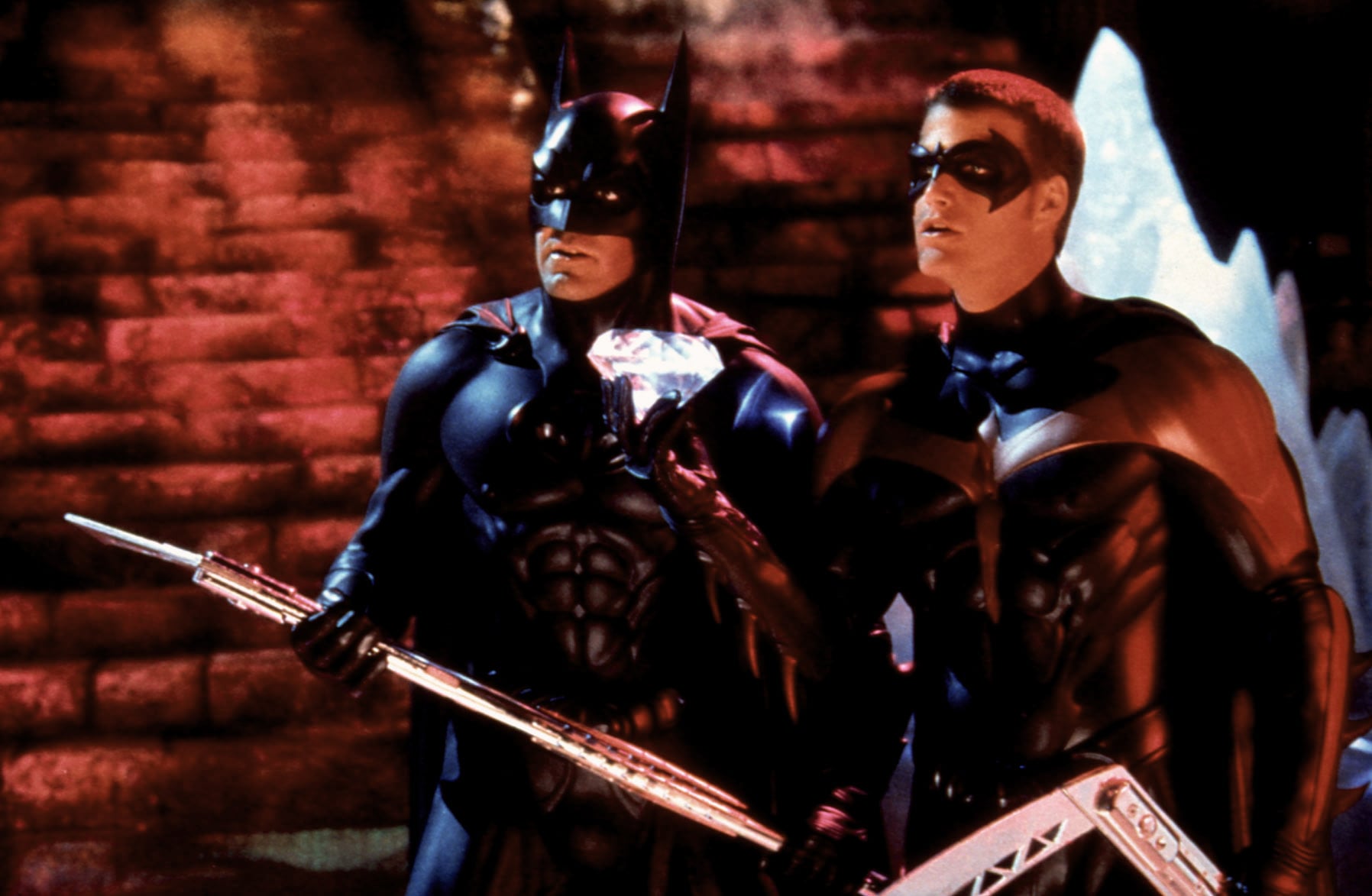 Batman & Robin (1997)starring George Clooney as the titular caped crusader has been the butt of jokes since its initial release. Although it's received a cult following since then — largely due in part to Arnold Schwarzenegger's puntastic Mr. Freeze, Uma Thurman's sultry Poison Ivy, and the "nipple suits" Clooney and Chris O'Donnell wear — the film's original release flopped, and as a result, it taught Clooney an important lesson. When asked what he'd do differently in his career during a recent interview with The Guardian, Clooney replied, "The obvious answer to your question would be to joke, Batman & Robin. And I wouldn't do it at all."

If anything, the flop and losing out on a potential sequel led him to the career he has today. "I learned that if you're gonna be held responsible for a film, instead of just being an actor in that film, you'd better pick better films," he told the outlet. After Batman & Robin, Clooney went on to do the Ocean's trilogy, O Brother, Where Art Thou?, and his Oscar-winning role in Syriana. Currently, Clooney is gearing up for the release of Midnight Sky, which premieres on Netflix Dec. 23.