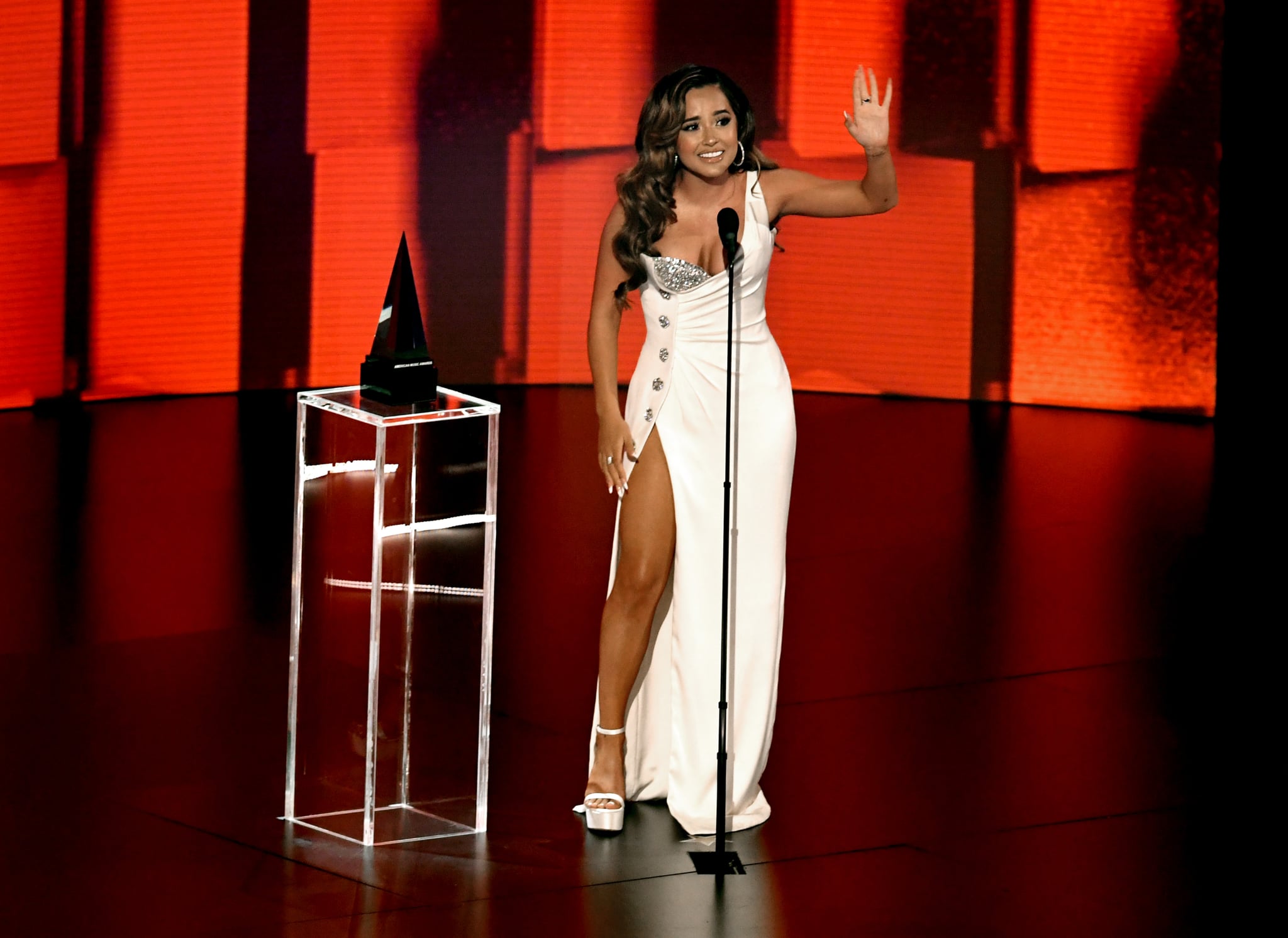 Becky G honored immigrant families in a powerful, personal speech at the 2020 American Music Awards. "When I first got signed at 14, I did a cover and I said, 'It all started when my grandpa crossed over / Now one day I'mma be a crossover,'" Becky said, referring to her 2013 song "Becky From the Block," while accepting the award for favorite Latin female artist. "It's insane because today I still carry that same sentiment, except I don't have to do the crossover because we are the crossover."

Congrats, @iambeckyg! She accepts the award for Favorite Female Artist - Latin presented by @ChesterCheetah at the #AMAs. 🧡 pic.twitter.com/zqsTDjCGxZ

"It's because of my family, my abuelitos that I stand here today."

Touching on the importance of her Mexican-American identity, Becky said, "When it comes to me and the decisions that I make in my career, I proudly wave both flags: Mexican and American. Like many children and grandchildren of immigrants — no matter where they're from — we have learned from the ones before us what sacrifice and hard work looks like. I dedicate this award to all of our immigrant workers in this pandemic." Becky added, "It's because of my family, my abuelitos that I stand here today." To learn more about Becky's heritage, upbringing, and activism, read POPSUGAR's recent cover story with the pop star.