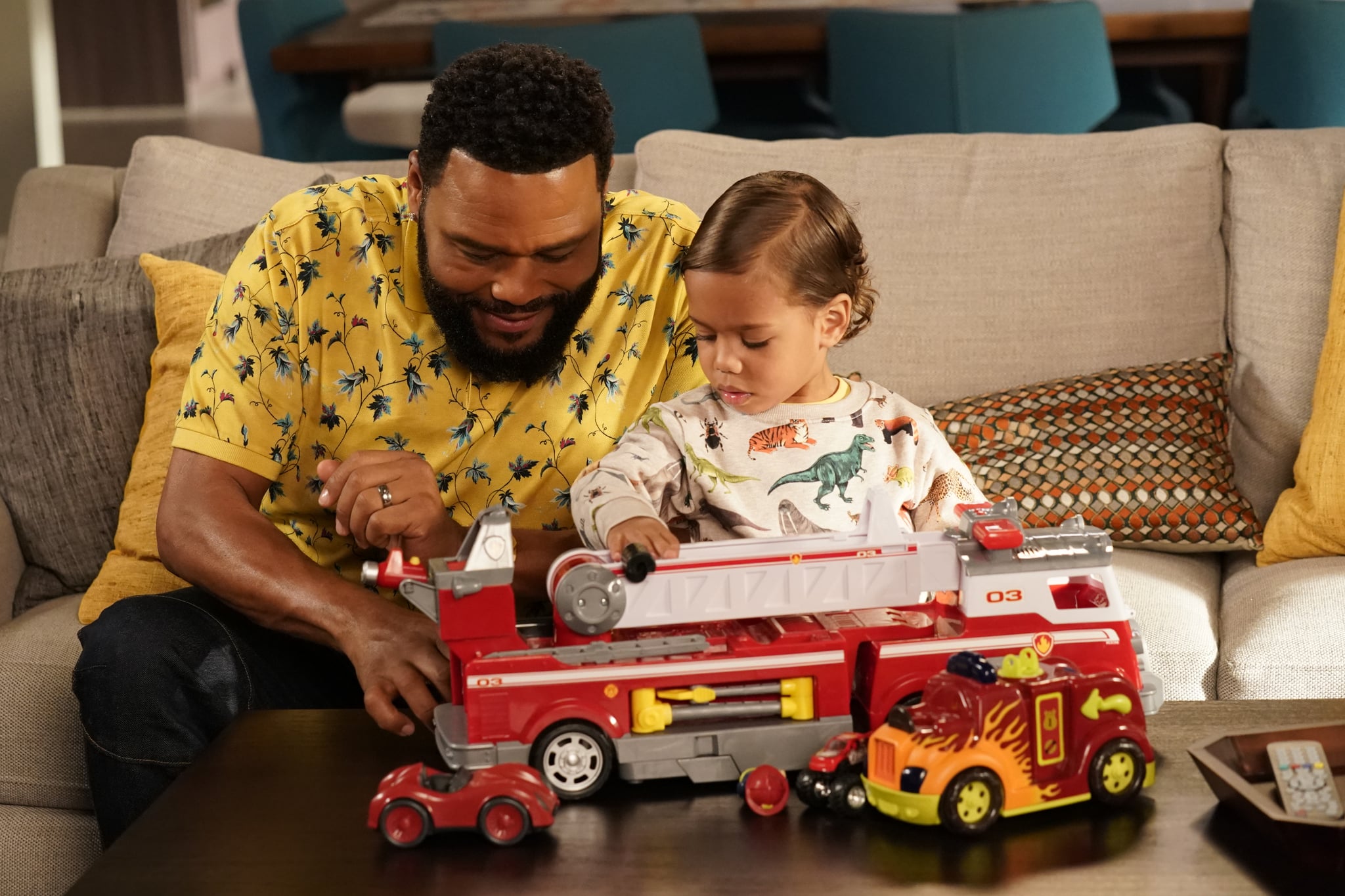 A never-before-seen episode of Black-ish is now available to watch on Hulu after it was initially shelved due to its political subject matter. While season four's "Please, Baby, Please" was originally shot back in November 2017, the controversial episode never aired because of "creative differences" between ABC and creator Kenya Barris. However, now that the network recently re-aired previous Black-ish episodes, "Juneteenth" and "Hope," highlighting the systemic oppression of Black people in America, Walt Disney Television has agreed to Barris's request to make "Please, Baby, Please" available.

"We were one year post-election and coming to the end of a year that left us, like many Americans, grappling with the state of our country and anxious about its future."

"Please, Baby, Please," which was originally scheduled to air on Feb. 27, 2018, centers around Dre (Anthony Anderson) telling a bedtime story to his baby son, Devante, about the state of the country following the 2016 election. The episode reportedly included mentions of Donald Trump, as well as the rights of NFL athletes to kneel during football games. In an Instagram statement on Monday, Barris shared the story behind the episode, explaining, "We were one year post-election and coming to the end of a year that left us, like many Americans, grappling with the state of our country and anxious about its future."

Related:
The Emmy-Nominated Black-ish Episode "Hair Day" Is Important For So Many Reasons

The creator further explained that those anxious feelings "poured onto the page, becoming 22 minutes of television that I was, and still am, incredibly proud of." He continued, "We hope it inspires some much-needed conversation — not only about what we were grappling with then or how it led to where we are now, but conversations about where we want our country to go moving forward and, most importantly, how we get there together." Check out Barris's full statement below, and watch "Please, Baby, Please" on Hulu now.

Award Season
Jazmine Sullivan Urges Men to Rally For Abortion Rights at the BET Awards: "Stand Up"
by Kelsey Garcia 10 hours ago