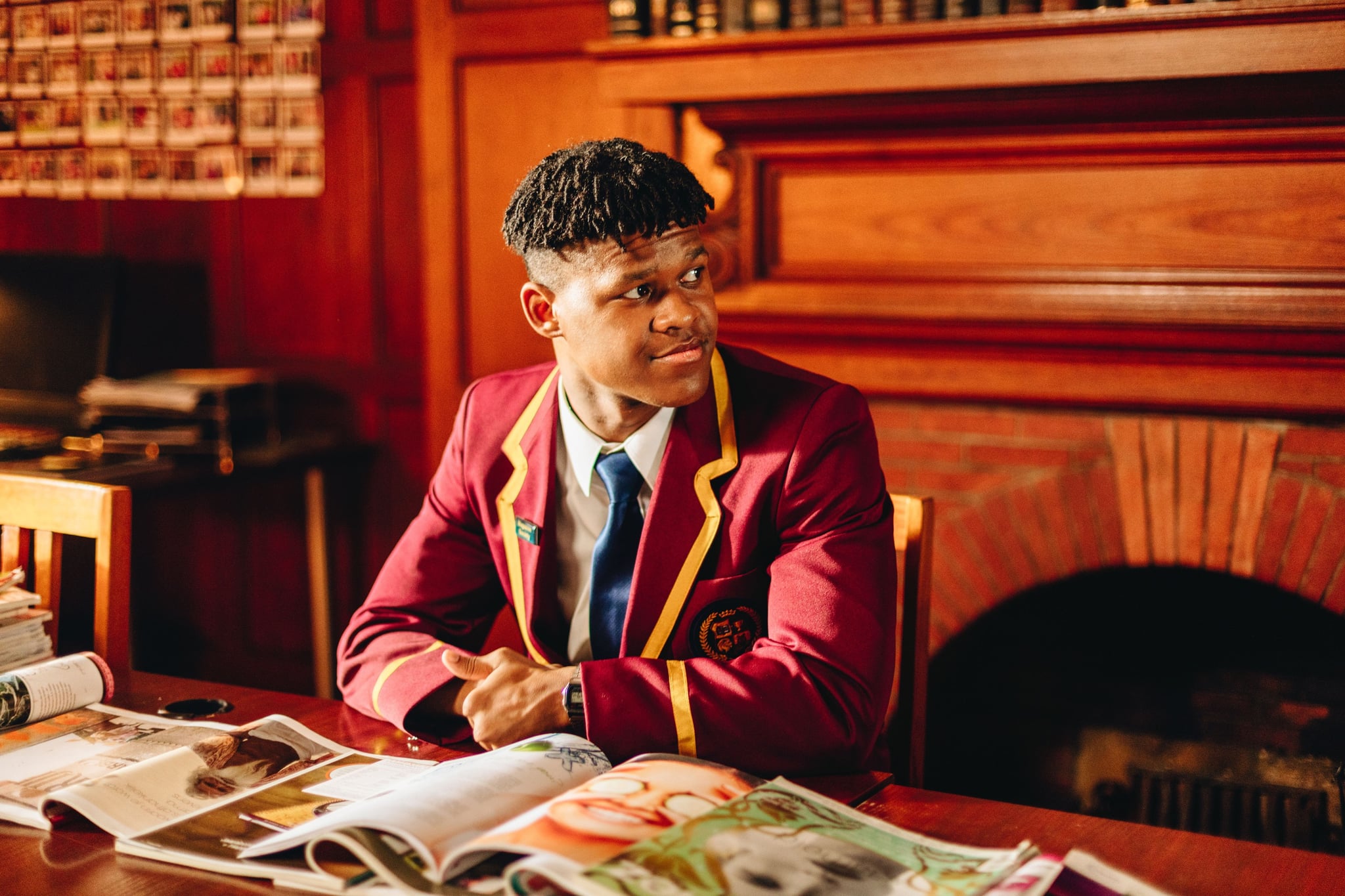 Netflix's first original South African series, Queen Sono, debuted in February 2020, and just three months later, we've been gifted with yet another original series from Africa called Blood & Water. The YA drama dropped on May 20, and if you haven't binged it yet, you should probably add it to your must-watch list ASAP. The series revolves around Puleng Khumalo, a way-smart (and way-impulsive) 16-year-old on a mission to find her older sister, who was abducted at birth 17 years before. It's fast paced and full of mystery, and if you're worried about subtitles, have no fear, because it's primarily an English-language series.

Blood & Water is set in Cape Town, South Africa, where English is one of the most widely-spoken languages. However, unlike in Queen Sono — where characters speak a range of languages native to South Africa besides English, including Zulu, Afrikaans, and Swahili, among others — English is basically the only language spoken in Blood & Water. That might be a relief to some viewers, though really, subtitles just aren't that big of a deal, guys.

Related:
Blood & Water Has a Lot of Explaining to Do, So Obviously Netflix Had to Order Season 2

Back in March, Netflix signed a deal with Star Wars actor Jon Boyega's UpperRoom Productions imprint, which means that we'll be seeing more content from West and East Africa . . . and most likely hearing a lot less English.

"I am thrilled to partner with Netflix to develop a slate of non-English language feature films focused on African stories, and my team and I are excited to develop original material," Boyega said in a statement. "We are proud to grow this arm of our business with a company that shares our vision."

David Kosse, VP of international film at Netflix, expressed a similar statement, saying, "Africa has a rich history in storytelling, and for Netflix, this partnership with John and UpperRoom presents an opportunity to further our investment in the continent while bringing unique African stories to our members both in Africa and around the world."

We can't wait to see both English-language and non-English-language content coming in from Africa in the future, and — once again — if you haven't watched Blood & Water yet, what are you waiting for?