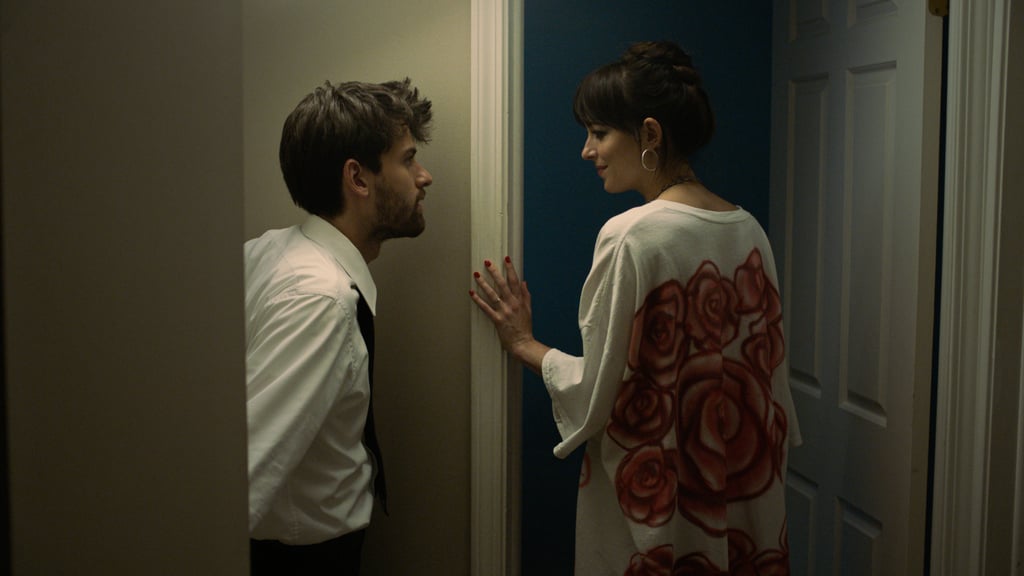 Anyone who moved back in with their parents after college without a clear game plan — or who's been stuck living with them in the same situation for any sort of reason — might relate to Andrew's predicament in Apple TV+'s upcoming film "Cha Cha Real Smooth." Portrayed by Cooper Raiff, who also wrote and directed the film, Andrew is a 22-year-old college graduate who moves home to his parents' house in New Jersey without any sort of clear idea about where to go next.

He does, however, know how to start a party, so he eventually lands a job as a motivational dancer at bar and bat mitzvahs and proves to be an expert at persuading even the most reluctant kids to hit the dance floor. He's even able to persuade Lola (Vanessa Burghardt), a young autistic girl, to dance, an act that impresses her mom, Domino (Dakota Johnson), so much that she hires Andrew as a babysitter. Sparks fly between Andrew and Domino, who happens to also be engaged, and what follows is sure to be a sweet and emotional journey.

The film premiered at Sundance 2022 and made POPSUGAR's list of top picks from the festival. Read on to check out the "Cha Cha Real Smooth" trailer and learn more about the film's cast, plot, and release date.