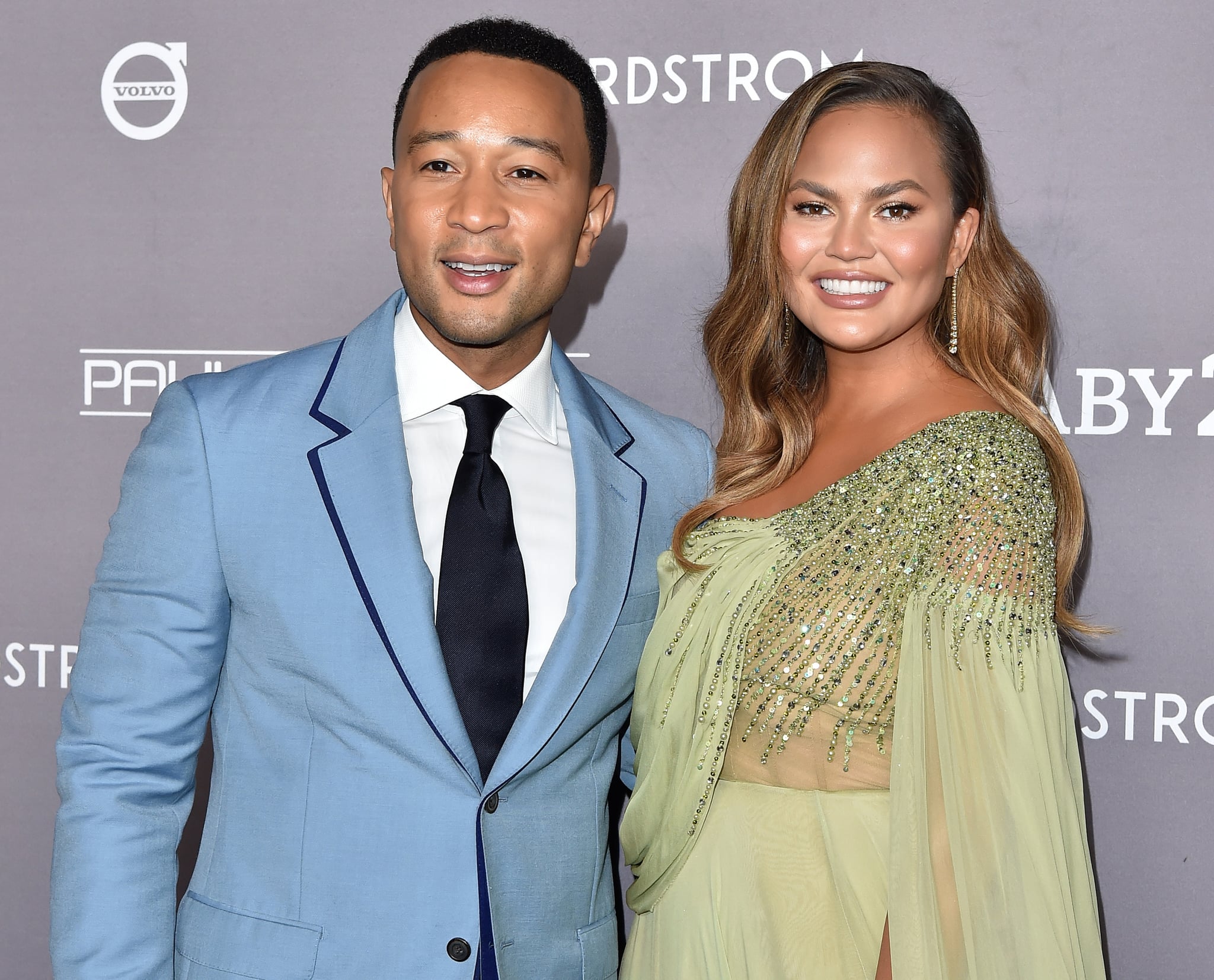 There are some things you just can't unsee, and John Legend's face-swapped "Wild" video is one of them. The (originally) romantic music video dropped two weeks ago, and at first, we couldn't stop talking about it for the beautiful surprise pregnancy announcement hidden within. Now, it's the topic of conversation for an entirely different — and hilarious — reason.

On Aug. 26, Legend and Chrissy Teigen both shared a clip of a "reimagined" version of "Wild" on social media. "Well I am absolutely consumed by the reface app," Teigen joked on Twitter, while Legend called it "ridiculous" in an Instagram post. I mean, it certainly leaves an impression, doesn't it? Check out the clip below to see exactly why I'm going to do a double-take for the next few weeks whenever I see Legend and Teigen's photos.