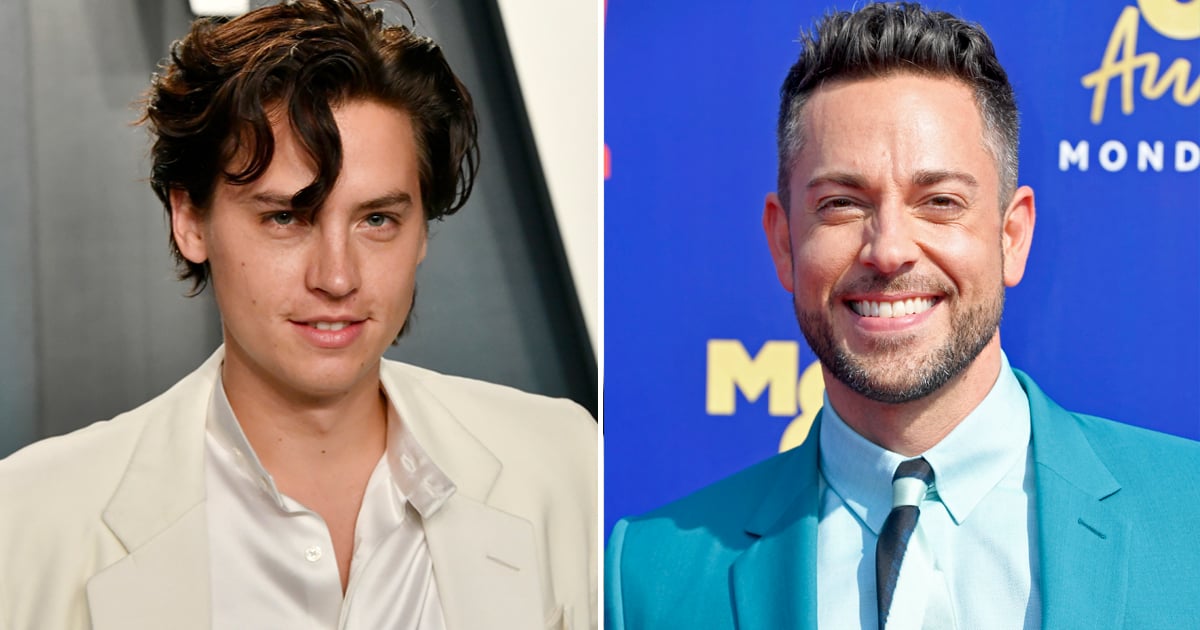 Cole Sprouse is about to fulfill all my brooding rockstar fantasies with his upcoming family comedy, Undercover, and I need a moment to emotionally prepare. According to Deadline, Sprouse will star alongside Shazam!'s Zachary Levi as Ben, the lead in a wedding cover band who's struggling to find his voice as a musician. Levi will play Jack, a father and former rocker who secretly joins Ben's band in an attempt to make ends meet. When Jack's secret is revealed, he rediscovers what's truly important to him and helps Ben find his voice along the way. So, uh, is it heartwarming? Check. Is it funny? Check. Am I buying tickets ASAP? Check.

If Sprouse's truly magical performance of "Seventeen" alongside Lili Reinhart on Riverdale is anything to go by, we're in for a musical treat. "Like School of Rock and Pitch Perfect, Undercover is a movie that unites audiences with the way the cast interprets and performs familiar songs," Lionsgate Motion Picture Group's President Nathan Kahane said in a statement. "Not only is it hilarious and charming, but it's going to be a blast to see personalities like Zachary and Cole own their performances of so many classics."

The music-driven film — which has yet to be given a release date — will be directed by Hot Tub Time Machine's Steve Pink and produced by Todd Lieberman and David Hoberman.

Movies
Zawe Ashton on Bringing Her "Quirky" Love Story to Life in "Mr. Malcolm's List"
by Victoria Edel 4 hours ago