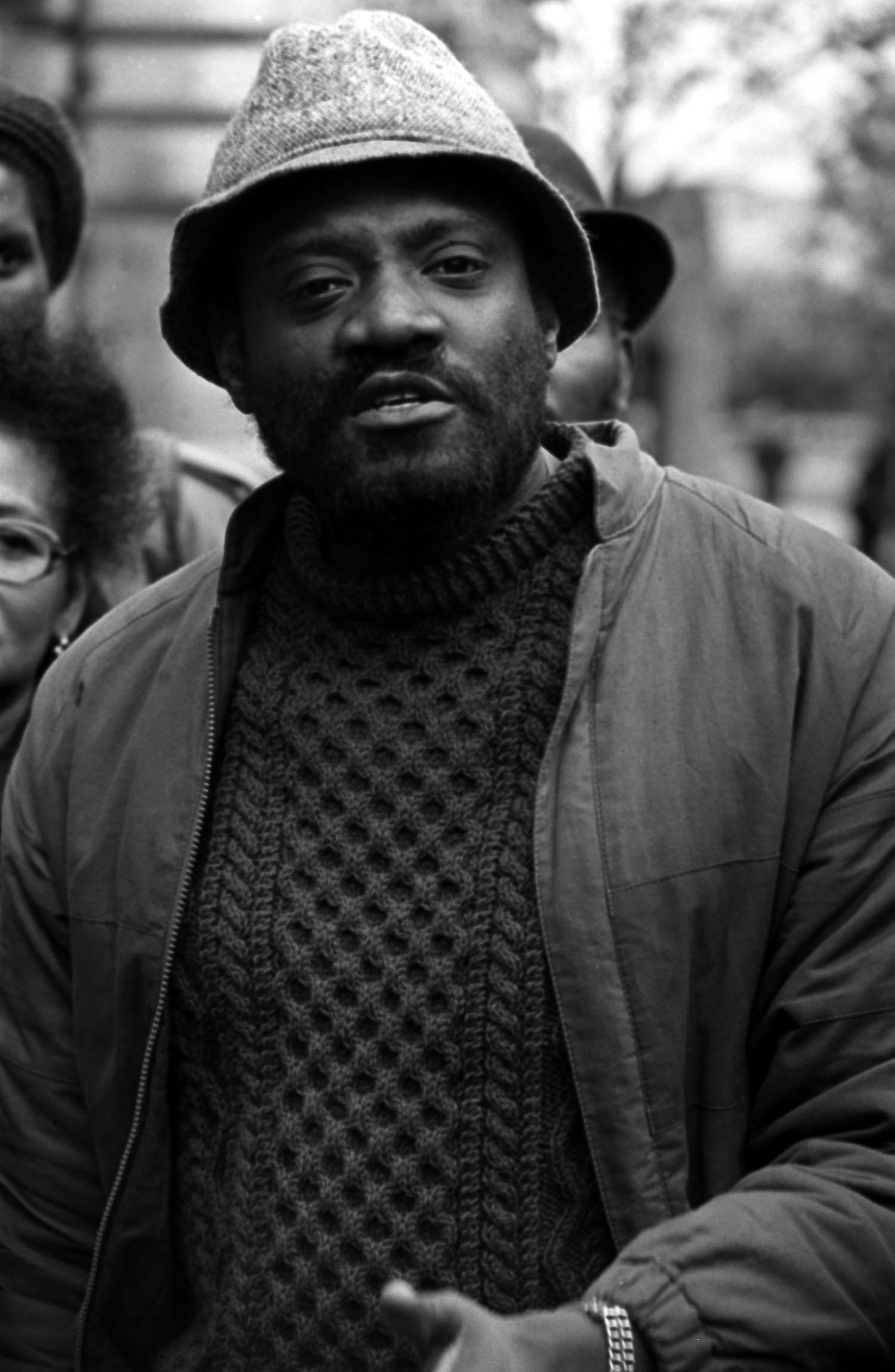 The first episode of Steve McQueen's anthology film series Small Axe officially premiered on Nov. 20, and we're already enthralled. The series is a collection of five original movies that explore the Black experience in the United Kingdom from the 1960s through the 1980s. The debut film, titled Mangrove, details the trial of nine Black activists who were charged with inciting riots in 1970. The accusation occurred after they protested police harassment of customers at The Mangrove, a Caribbean restaurant in Notting Hill where Black intellectuals and creatives often socialized.

One of the key figures and defendants in the trial was Darcus Howe (played by Malachi Kirby), who chose to represent himself. Born Leighton Rhett Radford Howe, the Trinidad native moved to London at the age of 18 after attending Queen's Royal College with the intent to become a lawyer. However, after experiencing racism in Britain in the early 1960s, he moved back to Trinidad and decided to pursue journalism instead. Throughout the decade, Howe played an influential role in the Black Power movement in both the United States and the Caribbean, meeting with activists such as Malcolm X and Stokely Carmichael.

Related:
Stay Woke: 25 Moving Documentaries That Show the Intricacies of the Black Experience

Howe returned to London in 1970, joined the British Black Panthers, and organized the Mangrove demonstration with Trinidadian physician and research scientist Althea Jones-LeCointe (portrayed by Letitia Wright in Small Axe). The march took place on Aug. 9, 1970, after the police raided the restaurant 12 times within 18 months, searching for drugs and never finding any. The protest remained peaceful until police intervention sparked violence, which led to the arrests of Howe and Jones-LeCointe, along with seven others: Barbara Beese, Rupert Boyce, Frank Crichlow, Rhodan Gordon, Anthony Innis, Rothwell Kentish and Godfrey Millett. The defendants were on trial for 55 days and were eventually acquitted after evincing racism within the Metropolitan Police.

Three years after the trial, Howe helped launch the Race Today Collective — a branch of the Institute of Race Relations, which studied and analyzed international race relations. He served as an editor of the organization's magazine, Race Today, from 1973 to 1985, spotlighting global social justice issues, notably the New Cross house fire, in which 13 Black people from ages 14 to 22 died in a suspected racist attack. The publication helped organize a demonstration that united over 20,000 people who marched through London. Howe also had a career in broadcasting and filmmaking.

Howe, who had seven children, died in April 2017 after a 10-year battle with prostate cancer. According to biographer Robin Bunce, he "died peacefully in his sleep" at his Streatham home, where he lived with his wife, Leila Hassan, whom he married in 1989.