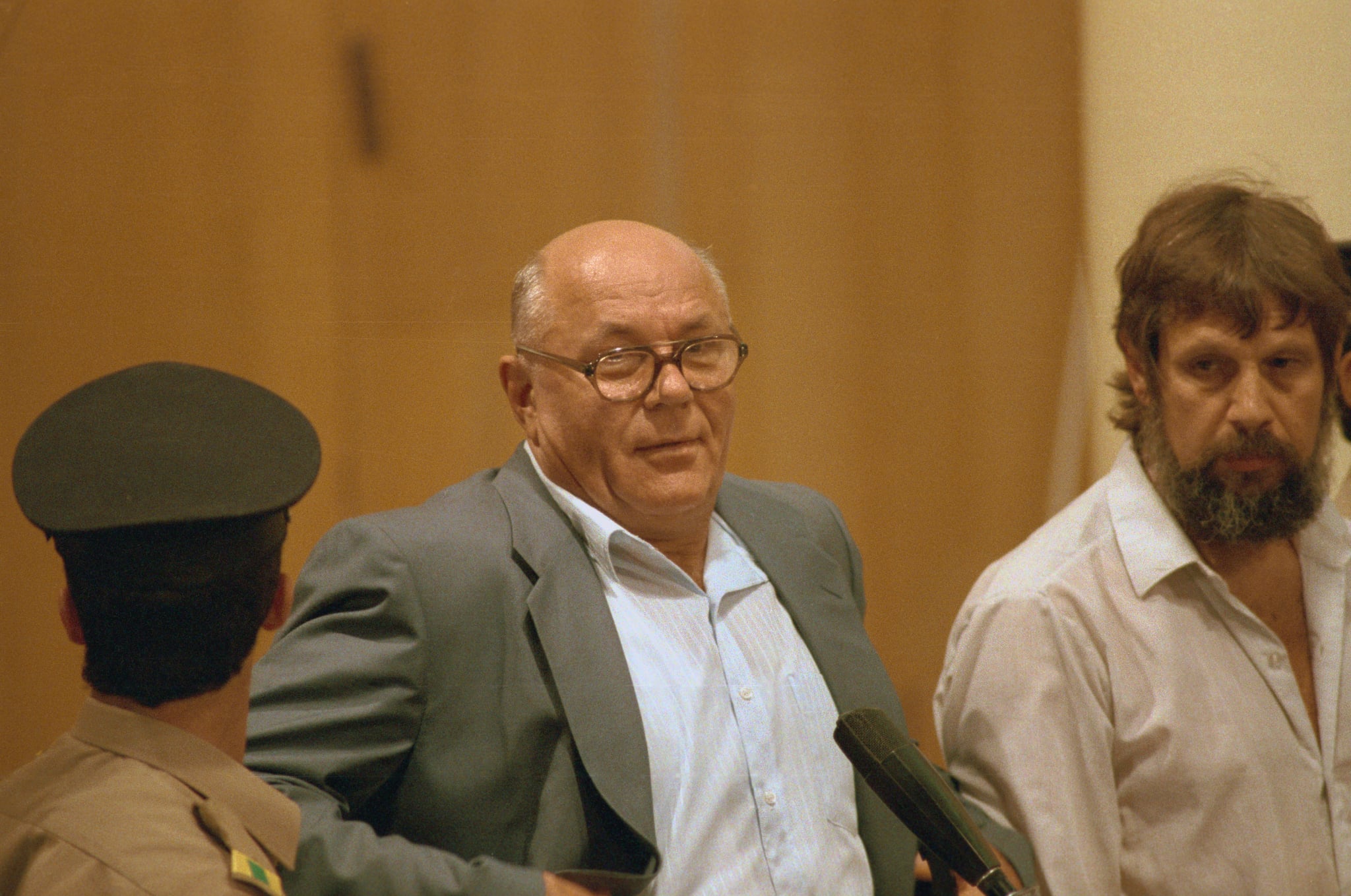 The true story behind John Demjanjuk's haunting case might be one of the biggest true-crime mysteries ever. We don't know with certainty if he was simply a Ukrainian immigrant who built a modest life as an autoworker in Cleveland or if he was also, in fact, Ivan the Terrible, one of history's cruelest Nazi guards. Netflix's five-part limited series The Devil Next Door investigates the facts around Demjanjuk's 35-year legal saga, questioning whether he was wrongfully persecuted or actually being held accountable for war crimes. The truth remains unclear, but here are the facts that we do know.

Demjanjuk was born in 1920 in a Ukrainian village ruled by the Soviets. He worked on a collective farm and joined the Red Army, eventually captured by the Germans in 1942. After World War II, various international refugee organizations hired him as a driver in Southern Germany. Demjanjuk then came over to the United States in 1952 and was naturalized in 1958, changing his name from Ivan to John when he officially became a citizen. Demjanjuk's life in America was a quiet one. After marrying a woman he met at a displaced persons camp, he settled his new family in Cleveland, where he was employed as a Ford autoworker. The mystery, as you might be able to tell, lies in those years during the war.

In 1975, the government started probing into Demjanjuk's past at the Sobibor Nazi camp in occupied Poland based on testimony by a Soviet witness. Holocaust survivors then identified him as a guard serving by the gas chambers at the Treblinka killing center (also in occupied Poland) in a photo spread. The Department of Justice filed denaturalization proceedings against him in 1977, claiming that he faked his citizenship papers to hide his wartime involvements at Treblinka.

People believed that he was Ivan the Terrible, a Nazi guard who ran gas chambers and murdered hundreds of victims with a sword. The main piece of evidence against Demjanjuk was an ID card, which showed him as part of an SS-trained unit of non-German volunteers who killed Jewish people. His defense team argued that this card was forged by the KGB and questioned the memories of the survivors.

By 1986, Demjanjuk lost his US citizenship and was extradited to Israel to stand trial for accusations of being Ivan the Terrible. He was convicted and faced a death sentence in 1988 for war crimes committed between 1942 and 1943. But he was reprieved years later when new evidence surfaced that there was another Ukrainian who could've been Ivan the Terrible. Additionally, there was evidence that he couldn't be Ivan the Terrible based on his age. After seven years in prison, Demjanjuk returned to Ohio.

The Second Trial and Demjanjuk's Death

But then, another twist occurred: in America, a judge ruled there was evidence that he had been a guard at Sobibor. In 2002, his US citizenship was revoked once more. In 2008, Demjanjuk went to trial again, this time appearing in court either with a wheelchair or in a hospital bed. Maintaining that he was a Soviet prisoner of war forced into labor, he faced a five-year jail sentence in Munich, charged with 28,060 counts of being an accessory to murder at Sobibor.

Demjanjuk passed away in 2012 at age 91, stateless and going through the process of appeal while residing at a German nursing home. He technically died an innocent man under the eyes of the law because his appeal had not been heard and decided yet.