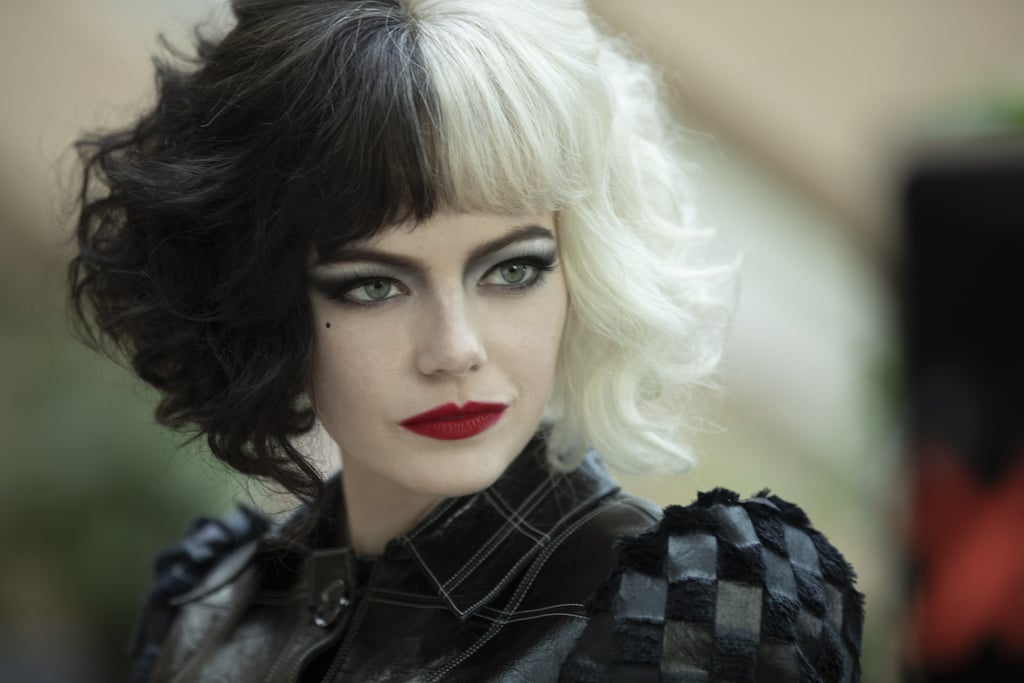 If Emma Stone as Cruella de Vil doesn't scare you, no evil thing will. On Wednesday, Disney unveiled the latest trailer for Cruella, and we are beyond intrigued. In the trailers, we see how Cruella turns into the famous Disney villain we all know. "It's a world of opportunity. And I was meant for more in this life. I want to make art, and I want to make trouble. I am woman, hear me roar," she says in a sneak peek released in March.

The film, which is set in 1970s London, is meant to be an origin tale of the iconic One Hundred and One Dalmatians villain and will follow a young Estella de Vil as she pursues a career in fashion design. In addition to Stone's punk-rock Cruella, the movie will star Emma Thompson, Joel Fry, Paul Walter Hauser, Emily Beecham, and Mark Strong. Watch the trailers before the film premieres on May 28.