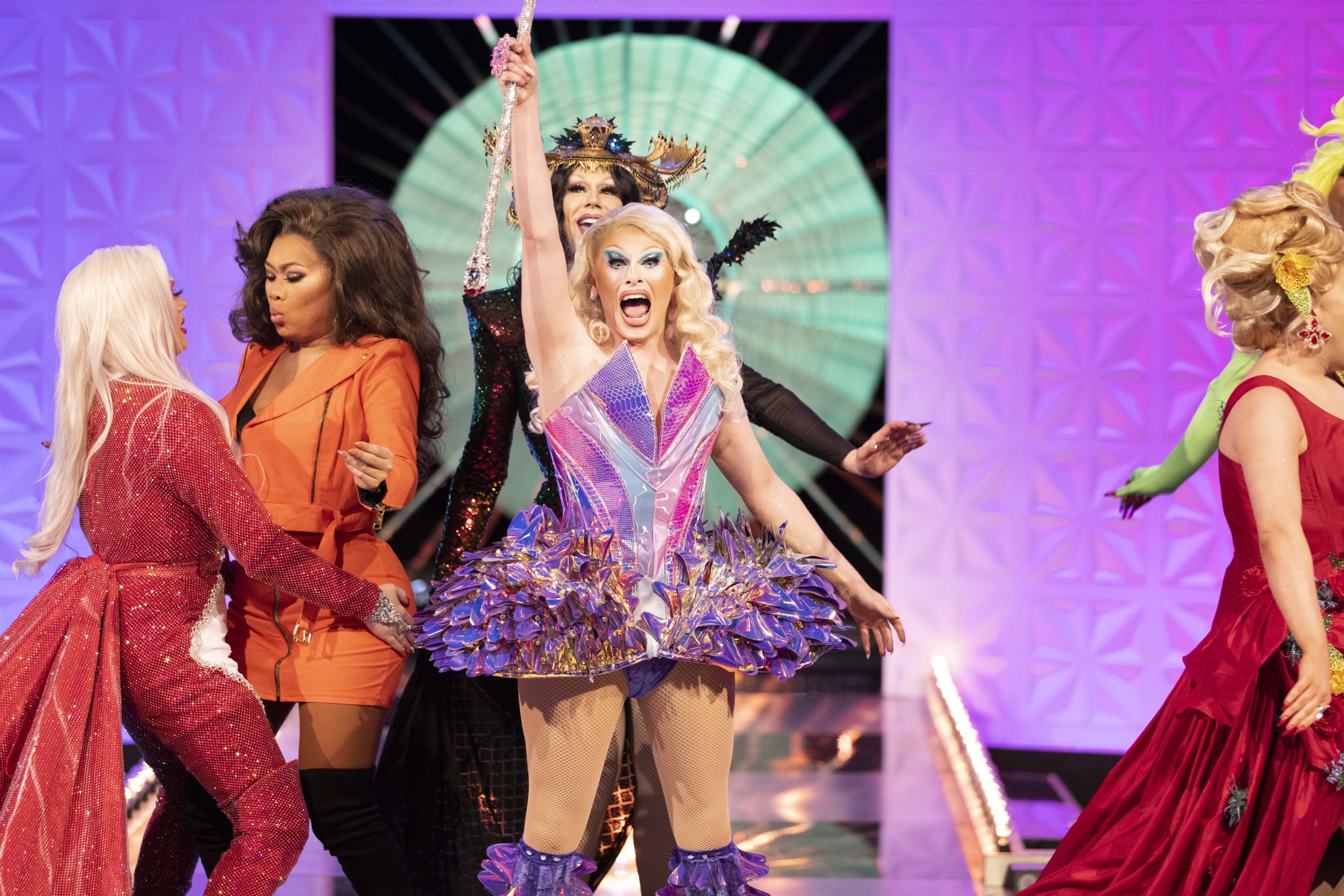 With multiple Emmy wins, a 14th season, and new international spinoffs, "RuPaul's Drag Race" is bigger than ever before. While fans enjoy exciting reality TV drama with consistently fresh content, not everything from this massively successful franchise is worth celebrating. While "Drag Race" has its fair share of controversies and disappointing seasons, one of the most frustrating trends that has plagued the series, even up till the recent "Drag Race UK vs the World," roots all the way back to season two of spinoff series, "All Stars."

In "All-Stars" season two, RuPaul introduced a new process of eliminating queens. Known as "Lip Sync for Your Legacy," the two top-performing queens of the episode lip sync against each other for the challenge win, and a chance at eliminating one of the bottom queens of the week.

Originally, this twist made for some excellent TV drama, as queens each week deliberated amongst themselves who they thought should go home. However, it wasn't without controversy. During "All Stars" season two, Roxxxy Andrews repeatedly fell into the bottom and was saved every week up until the final episode when RuPaul herself had to eliminate Roxxxy. While we did get her iconic verse in "Read U Wrote U," Roxxxy simply proved the elimination format had some glaring flaws.

With several seasons of "All Stars" and more recently, "UK vs the World," playing by these rules, unfair eliminations are at an all-time high. Whether it's saving Roxxxy Andrews every week while sending home fan favorites like Alyssa Edwards, Naomi Smalls eliminating frontrunner Manila Luzon in season four after only one challenge win, or frontrunners Jimbo and Pangina Heals both being eliminated after multiple wins and only one loss, it's become apparent: This system doesn't work.

Not only isn't this system fair to strong queens who stumble once, but it isn't fair to Blu, whose earned crown will likely be continuously called into question by the historically toxic "Drag Race" fanbase.

While some queens claim that they are playing fair and basing the decisions on the judges' critiques, other queens are very forward with making alliances and sending home their biggest competitors to give themselves a better shot at the crown. The freshest examples of this can be seen in "UK vs the World," when Pangina Heals eliminated Jimbo in episode three, even though Jimbo landed in the top two for the first two episodes. Pangina claims that she eliminated Jimbo because she did the worst in the challenge that episode, but her fellow competitors believed it was a strategy to get rid of tough competition.

One episode later, Pangina, with two challenge wins under her belt, was eliminated by Blu Hydrangea, whose track record wasn't nearly as strong as Pangina's. In Blu's defense, she was more honest about eliminating Pangina because she didn't trust her fellow queen after Jimbo's elimination. But to say the elimination was fair would be a lie.

Blu Hydrangea being crowned Queen of the World feels rather bittersweet. Out of the final four, she did have the best track record — with a single win and a bottom placement. But her single win compared to previously eliminated queens who had better track records proves that the "All Stars" and "UK vs the World" elimination system is flawed. Not only isn't this system fair to strong queens who stumble once, but it isn't fair to Blu, whose earned crown (she did, after all, play the game) will likely be continuously called into question by the historically toxic "Drag Race" fanbase.

Due to queens eliminating each other in such ways, many queens have gone home far too early, or missed out on their chance at the crown that they rightly deserved because of their peers "playing the game." On the flip side of this, many queens who have underperformed have gone way further in the competition than they really should have. Not only does this make for a questionable final four, but it also has a particularly negative impact on the fans.

Watching queens excel, only to be sent home because of a single misstep is agonizing and frustrating. Not to mention, when the weakest queens are kept the longest, it makes for a rather mediocre viewing experience. It's hard to stay invested when we as viewers know that departed queens would've had more to offer if the system was changed.

While some of RuPaul's judgments can be a bit questionable, perhaps the "Lip Sync For Your Life" format on a normal season of "RuPaul's Drag Race" might serve as better elimination system. At the very least it would cut back on a lot of the queen-on-queen sabotage and give the bottom two queens a chance to stay in the competition — a luxury that the bottom queens on "All Stars" and "UK vs the World" did not have.

It's hard to stay invested when we as viewers know that departed queens would've had more to offer if the system was changed.

If producers were insistent on keeping the current elimination format, perhaps a voting system would make it fairer. Every safe queen of the week gets to vote for which bottom queen they wish to see leave. That still leaves plenty of room for the drama that comes with strategy and alliances, but it'll be a lot more difficult to get every queen to agree on eliminating someone who doesn't deserve it than leaving the decision up to a single person.

"All Stars" seasons five and six did have a voting system like this, but things were still left up to chance. On these seasons, the top queen of the week would face off against a guest lip sync assassin, and if the top queen won, she got to eliminate a bottom queen of her choosing. However, if the lip sync assassin won, the queen that the rest of the safe girls voted for would be sent home instead. This twist helped to even out the playing field a little bit because the lip sync assassin has a chance to stop one queen from holding all the power. But, changing the entire system to a majority rules format might be the better, and more fair option here. The drama is still here because queens will try their best to stay in the competition, there are still stakes after all.

As it stands, the current elimination format is just a little too chaotic. It's not to say that every queen on "All Stars" or "UK vs the World" weren't fighting to stay in the competition, or that each season's winner didn't deserve the crown. It's just that the outcome of these seasons would've likely been different if queens weren't focused on eliminating frontrunners, or saving other queens due to friendship or formed alliances. While the gag was fun for a season, these rules would probably be better left in the past.