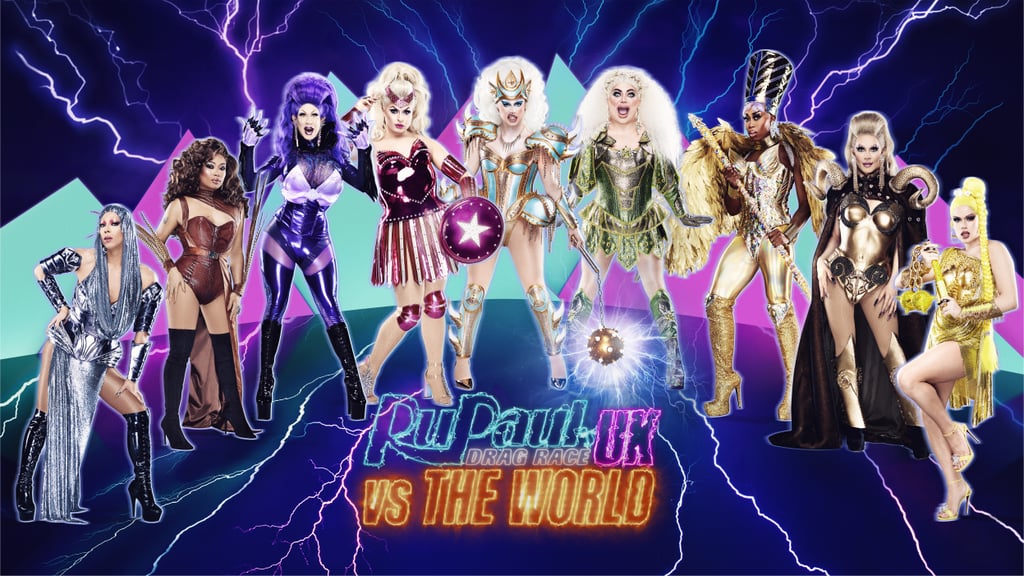 Meet the Queens Returning For RuPaul's Drag Race UK vs. The World

RuPaul's Drag Race UK vs. The World is a brand-new all-star edition of the dynamic Drag Race show, and it's coming very soon. According to BBC Three's synopsis, the new series "will see iconic queens from different franchises and cultures competing in an international arena, showcasing their country's finest drag in their bid to become the Queen of the World," with the UK acting as the host country for this iteration.

On Jan. 12, the special guest judges for the upcoming series were announced, and the lineup includes the likes of BBC Radio 1's Clara Amfo, Little Mix's Jade Thirlwall, and This Country's Daisy May Cooper, along with Bridgerton star Jonathan Bailey and snatch-game favorite Katie Price.

On Jan. 17, the cast of international queens was finally unveiled, and we're so excited to see some of our favorites returning to the streaming screen. In particular, we're really looking forward to watching some of the hilarious Brit queens sashay down the runway once again, including the truly unforgettable Baga Chipz, Cheryl Hole, and Blu Hydrangea — all of whom you may remember from the very first series of RuPaul's Drag Race UK.

The new edition of RuPaul's Drag Race UK vs. The World will air on the WOW Presents Plus streaming network on Feb. 1. Read on to see which of your favorite queens from past Drag Race series have made the cut, plus find out exactly what they had to say about returning to the runway.