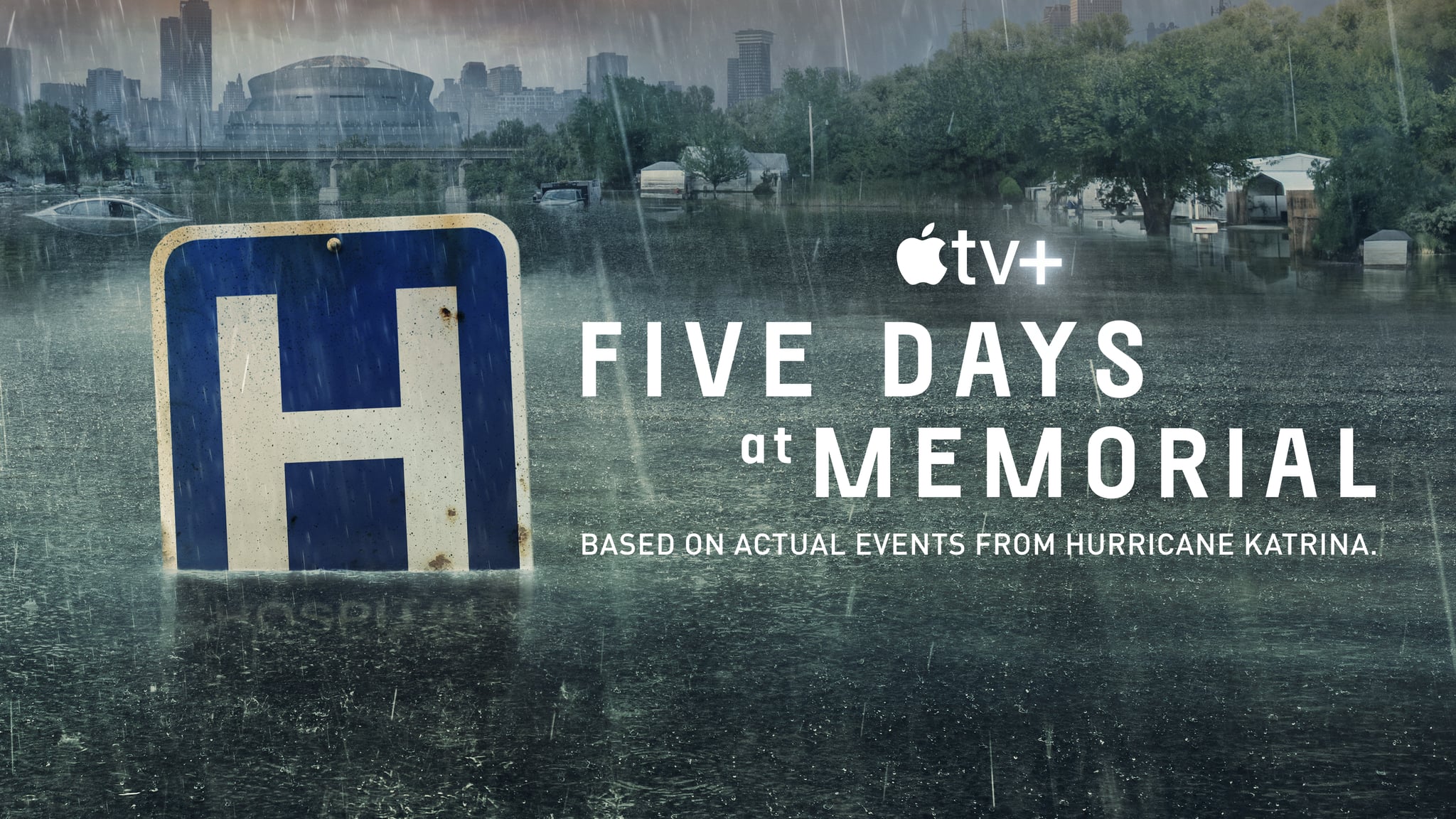 Apple TV+'s new miniseries, "Five Days at Memorial" — out Aug. 12 — traces five harrowing days at a New Orleans hospital in the immediate aftermath of Hurricane Katrina. Pairing archival and news footage with the fictionalized scenes, the show reminds viewers that the chaotic time period that followed the natural disaster really happened not even 20 years ago. How much of the fictional onscreen story is based in reality? Quite a lot, as it turns out.

"Five Days at Memorial" is based on a nonfiction book by the same name, "Five Days at Memorial: Life and Death in a Storm-Ravaged Hospital" by Sheri Fink. The book, in turn, expands on an article that won Fink the Pulitzer Prize, "The Deadly Choices at Memorial," published as a joint project by ProPublica and The New York Times in 2009.

In every version of the story, the focus is the same: five terrifying, brutal, and unprecedented days at Memorial Medical Center, a hospital that was heavily damaged during Hurricane Katrina in August 2005. When the hurricane hit New Orleans on Aug. 29 of that year, the hospital (now known as Ochsner Baptist Medical Center) and its surrounding infrastructure sustained enormous damage. In the time that followed, the hospital lost sanitation and electricity when its backup generators failed, was completely surrounded by floodwaters, and sustained flood damage of its own. Further, it overheated at temperatures surpassing 100 degrees.

As Fink reported, a massive evacuation was undertaken to rescue the thousands of stranded patients and staff, including those from LifeCare, a long-term acute-care company that leased the seventh floor of the hospital. What was not revealed until later, however, was what happened to several patients who were deemed by staff to be too critical to evacuate.

The bodies of 45 patients were later found in the hospital after the evacuation, 23 of which, evidence showed, had been dosed with morphine and other drugs. A handful had died before the events of the storm, but several others were categorized as suspicious deaths, leading to public scrutiny and an investigation. Reports from the hospital revealed that some staff had apparently been discussing euthanasia.

Are the Characters in "Five Days at Memorial" Based on Real People? 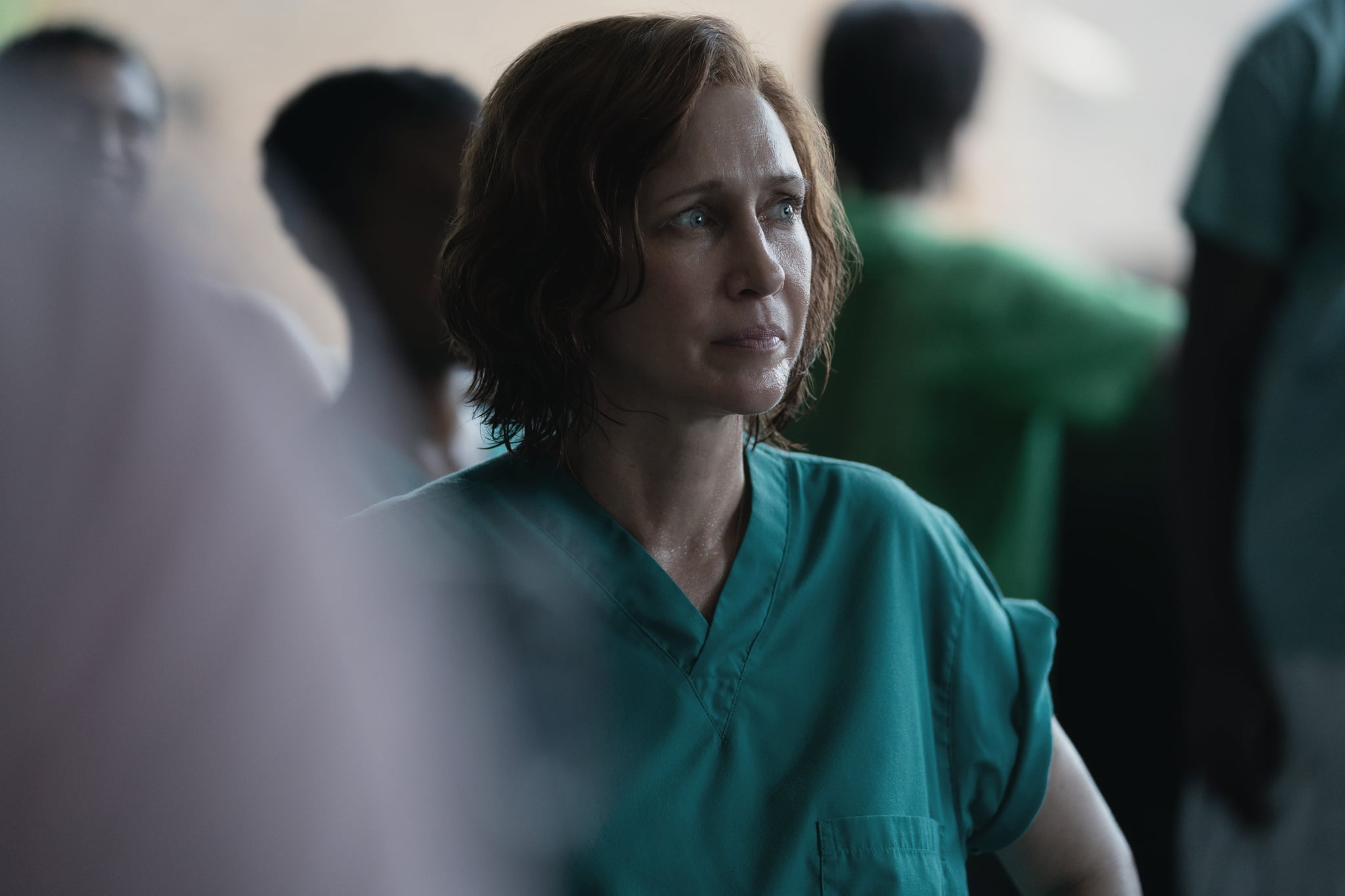 Like the actual events unfolding, many of the characters in the miniseries are semifictionalized versions of real people who worked at Memorial during Katrina. The show's central figure is Dr. Anna Pou, played by Vera Farmiga, who was accused of intentionally killing or speeding up the natural deaths of several patients during the chaotic days after the hurricane.

Other characters in the show are also based on real people. Adepero Oduye plays Karen Wynn, the ICU nurse manager, and Cornelius Smith Jr. plays Dr. Bryant King, an internist at the hospital. There are also Diane Robichaux (played by Julie Ann Emery), LifeCare assistant administrator and incident commander, and Susan Mulderick (played by Cherry Jones), the hospital's nursing director and incident commander.

What Happened After Hurricane Katrina?

An investigation soon followed the discovery of the dead patients, and particular scrutiny fell on three people: Dr. Pou and two intensive-care nurses, Cheri Landry and Lori Budo, NPR reported back in 2006. They were charged with second-degree murder and accused of intentionally administering lethal doses of morphine to some of the deceased patients, believing they would not survive evacuation.

At the time, the public largely came out on the side of the Memorial staff, and a grand jury declined to indict Dr. Pou (charges against Landry and Budo were dropped in exchange for testimony), ProPublica reported. Several other lawsuits, including ones on behalf of patients and family members, were settled without trials. Fink's reporting also revealed one more twist: in the years following, Dr. Pou participated in the eventual passing of three new Louisiana laws, which offered healthcare workers immunity from most civil suits (except for deliberate misconduct) when working in mass-casualty situations like what happened at Memorial.

Rihanna
"Bling Empire" Star Kane Lim on His Friendship With Rihanna: "I've Known Her For 7, 8 Years"
by Monica Sisavat 2 hours ago

Matt Smith
All Your Questions About That "House of the Dragon" Wedding Ceremony, Answered
by Amanda Prahl 3 hours ago

by Amanda Prahl 50 minutes ago