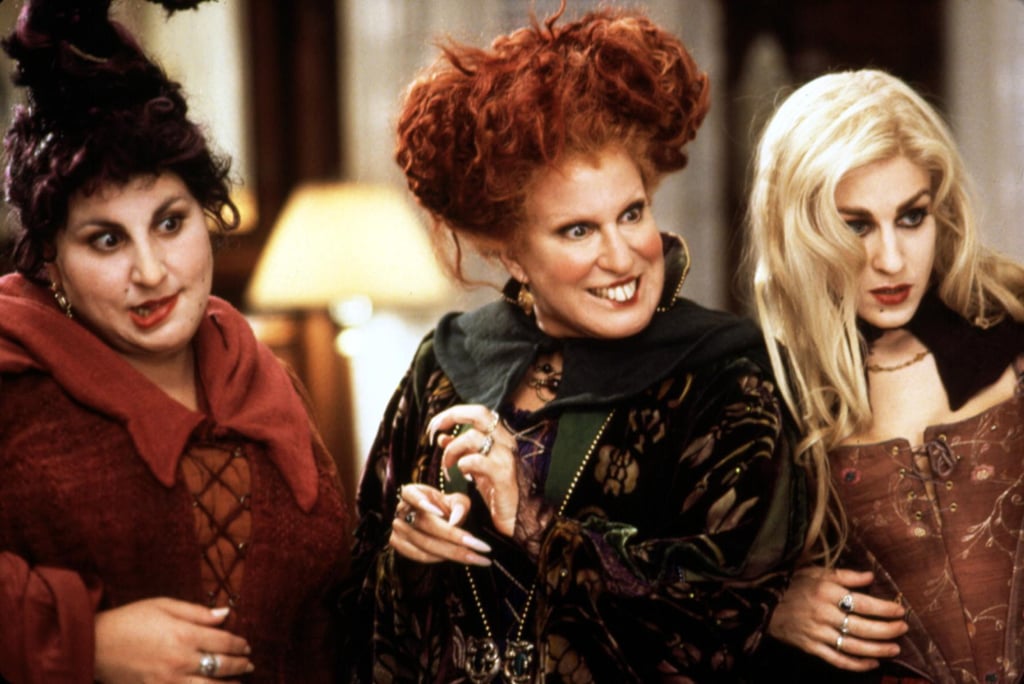 Say What?! The Iconic Friends Fountain Was Also in Hocus Pocus, and I Have Questions

If you were a kid in the '90s, there's a good chance Hocus Pocus was your Halloween jam when it came to movies, but a little piece of this 1993 Disney classic was haunting us year-round, and I had no idea until now! Thanks to a few diehard Friends fans on Twitter, I've finally realized that the iconic fountain featured in the "I'll Be There For You" intro is also the same fountain seen in Hocus Pocus. MIND. BLOWN.

Considering that the show takes place in New York City and the movie is set in Salem, MA, I sort of feel like my entire childhood has been a lie. So what is the truth? The familiar fountain is actually located on the Warner Brothers lot in Los Angeles and was made to look like it was in different states with the help of a little movie magic — lighting, colorful leaves, the addition of a few creepy witches — and you can consider me spellbound.

As betrayed as I feel that the fountain isn't on the East Coast and Monica's apartment isn't actually a few blocks away, it's still pretty cool to know that it's only a short plane ride away if I ever want to gather up five of my closest friends for a truly iconic Instagram pic — minus the orange couch (probably). Keep reading to see how some Twitter users reacted to the news (hint: they were freaking out).

Related:
These Photos of 3 Girls Dressed as the Hocus Pocus Witches Are Incredible — Mary Is Spot-On!
Previous Next Start Slideshow
Hocus PocusHalloweenFriendsTVMoviesHalloween Entertainment