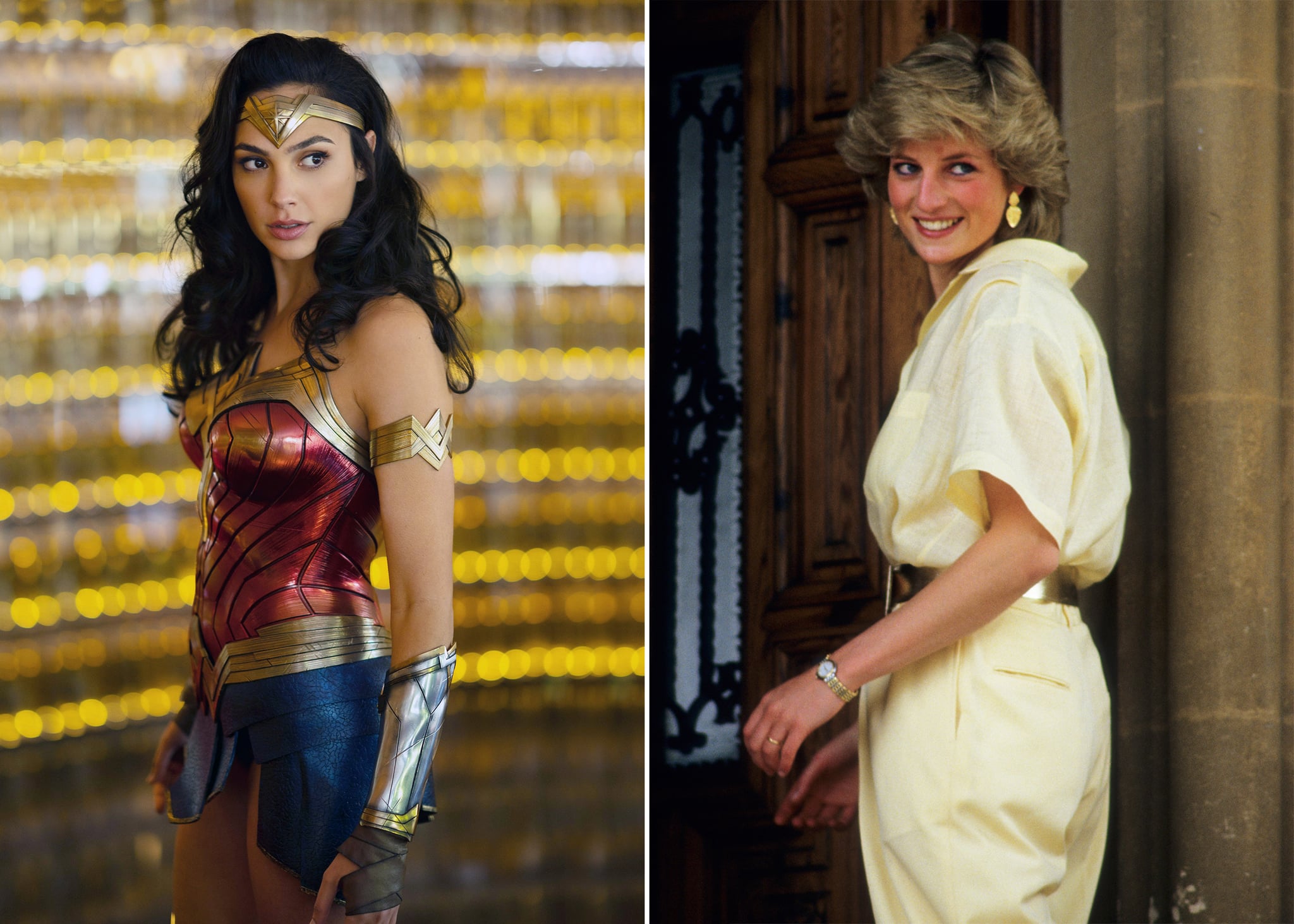 While Diana Prince may not have originally been based on Princess Diana — Wonder Woman was created in 1941 — Gal Gadot's version certainly took inspiration. As part of Vanity Fair's Cocktail Hour, Live! event on April 13, Gadot shared how Princess Diana inspired her portrayal of Wonder Woman. "I remember watching a documentary about Princess Diana . . . and there was a part where they say that she was full of compassion and she always cared for the people," Gadot explained. "And that was like, 'Ding, ding, ding, ding. That should be the Wonder Woman that we have.' I wanted to portray a character people will be inspired by, but also be able to relate to."

This isn't the first time Gadot has spoken about the connection between Diana Prince and Princess Diana. During a panel at San Diego Comic-Con for Wonder Woman in 2016, she shared, "Wonder Woman has the strength of a goddess and the heart of a human." Gadot then revealed she'd watched a documentary about the late royal shortly before filming, adding that, "[Princess Diana] said she leads from her heart and not from her head, and I think the same is true of our Diana."