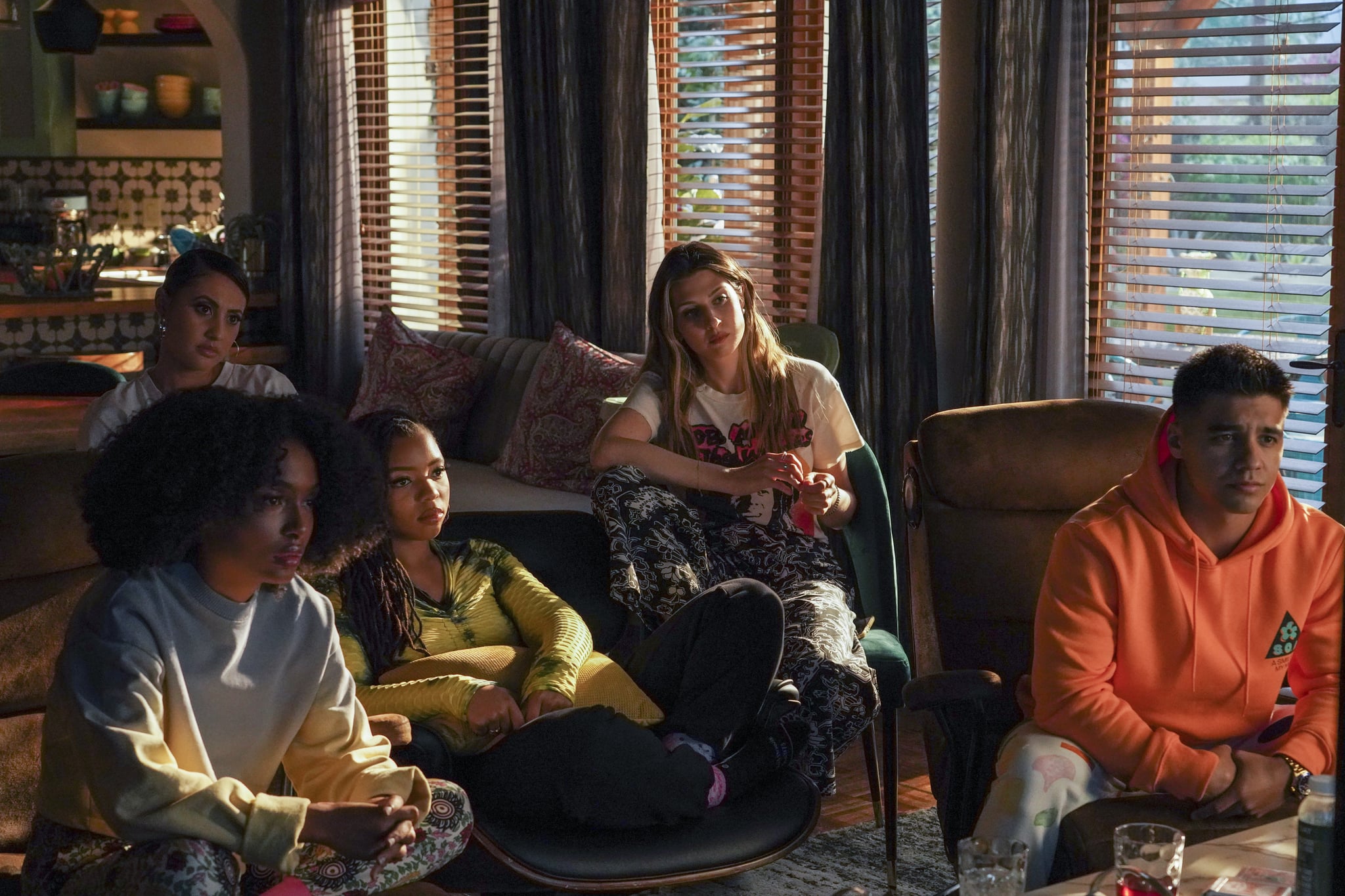 When it comes to social justice issues, Grown-ish understands the importance of tackling them head on. The conversation around Black Lives Matter has been sprinkled throughout the past three seasons of the Freeform series, but the show takes a deeper dive in episodes five and six ("A Boy Is a Gun" and "Put Your Hands Where My Eyes Could See") of its fourth season.

"Being part of a show that has such an amazing reach and is received so well, I think it's kind of our duty to reflect the events of the world," Trevor Jackson, who stars as Aaron Jackson, told POPSUGAR. "It's crazy when you're filming something and the exact same thing is happening in real life. You're kind of in awe, but you feel good that you're doing the right thing and trying to make people aware of the issues." Chloe Bailey, who plays Jazz Forster, also feels fortunate to be a part of a show that doesn't shy away from heavy topics, adding, "We can't be doing a show about college students, Black college students, and not discuss an issue that's very important to our characters and also us as human beings and everyday life outside of the show." 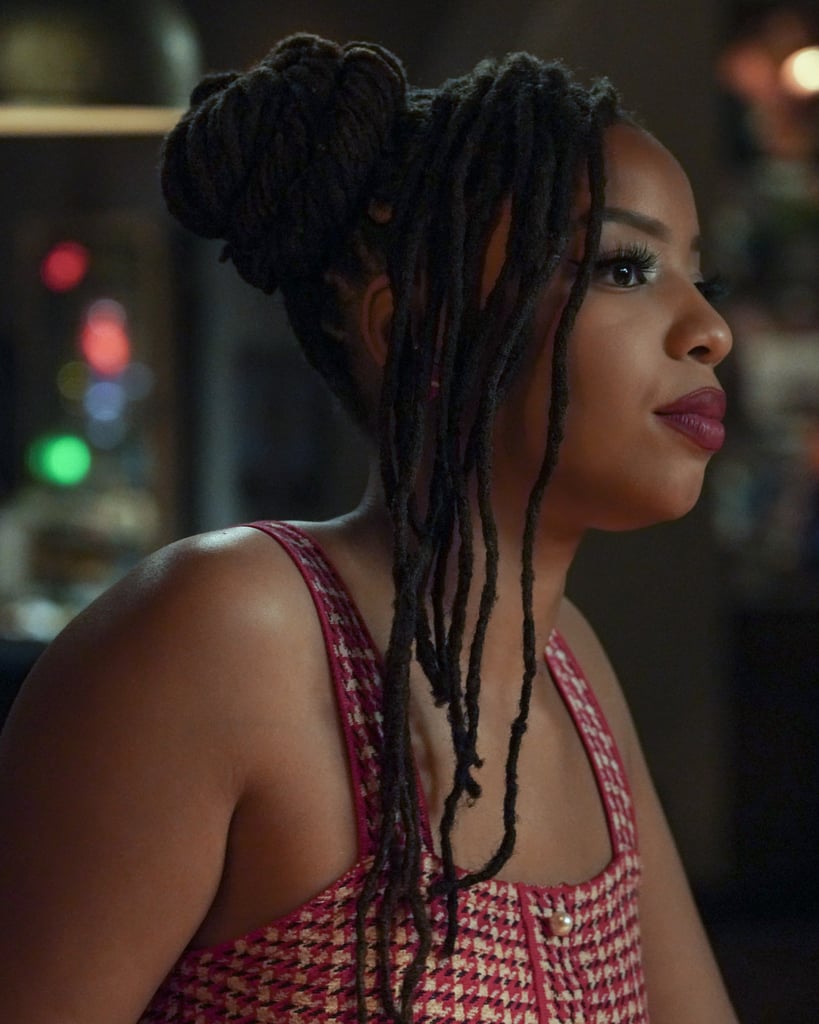 Image Source: Freeform
Season four takes place during the group's senior year at Cal U, and in the opening scene of episode five, we see Marcus Jennings, an unarmed Black man, get shot by police in Norfolk, VA. As the nation reels from the injustice surrounding Marcus's death and the deaths of several other Black victims of police violence, the crew decides to mobilize. They take to social media to demand justice, start a petition to have the cops arrested, and organize a protest. Through their efforts, the show explores socially relevant issues including police brutality, social media activism, white fragility, and mental health. "Police brutality and racial injustice have been going on for so many thousands of years now," Diggy Simmons, who plays Doug Edwards, said. "But obviously since 2020, we've been dealing with nonstop brutality and injustice. And now that we have social media, it's just in our faces, and the access that we have to this trauma and this pain is just there for anyone to see."

"I was so happy to be in an environment where I felt safe, loved, and appreciated for who I am as a young Black woman." — Chloe Bailey

Because this season of Grown-ish was filmed during the pandemic amid the uprising of the Black Lives Matter movement, emotions were overwhelming on set like never before. "As we were filming one of the episodes, the verdict for the George Floyd case was happening on CNN," Bailey revealed. "The tears and emotions were real, and this is an everyday occurrence, sadly. I don't think we've really had the proper time to heal and the justice hasn't been given to us so we can heal, but being able to do it on the show, it was one step closer to finding that healing. It was really painful in the moment, but I was so happy to be in an environment where I felt safe, loved, and appreciated for who I am as a young Black woman."

"Those two episodes really gave us a chance to verbally and publicly express how we've been feeling, and the writers did a very good job at helping us do that," Francia Raisa, who plays Ana Torres, added. "A lot of pent-up emotion was finally able to be released . . . so a lot of the emotional scenes that you see, that's me, that's not Ana." Simmons also found filming to be a cathartic experience. "It felt like healing between us because we weren't together for 2020 when things were so heightened," he said. "So fast-forward a year later, we finally get to be on set with each other and we get to unravel that element of all that pain." And just like Bailey, Yara Shahidi, who stars as Zoey Johnson, has "never been more grateful" for the community the cast and crew fostered this season. "We were going through this together," she said. "That was a time in which we really had to lean on each other to go through these episodes because there was a seriousness. Not a single person on set took what we were doing lightly, so that was also a shift to what our usual dynamic is."

In the two-episode event, we also see the group grapple with Doug turning a blind eye to the killing of Marcus due to his own experience and Ana attempt to help her boyfriend Javi (Henri Esteve) contextualize a comment he made to a cop in the midst of the protests and in the wake of Marcus's death. The discussions that take place among the characters are representative of the very same difficult conservations that many of us had with our own loved ones last year and are still having today. For Jordan Buhat, who plays Vivek Shah, it was refreshing to be able to show viewers what happens when people actually take the time to listen and learn. "Vivek couldn't be there, but it was just unbelievable the way that they were able to tell the story in a new way," Buhat said. "Just to be able to tell all the sides of this story, which Grown-ish has been really good at, being able to show arguments that don't go well, but then also arguments that do, where people are able to listen . . . You can listen without having to take a defense, and that's hard for some people." 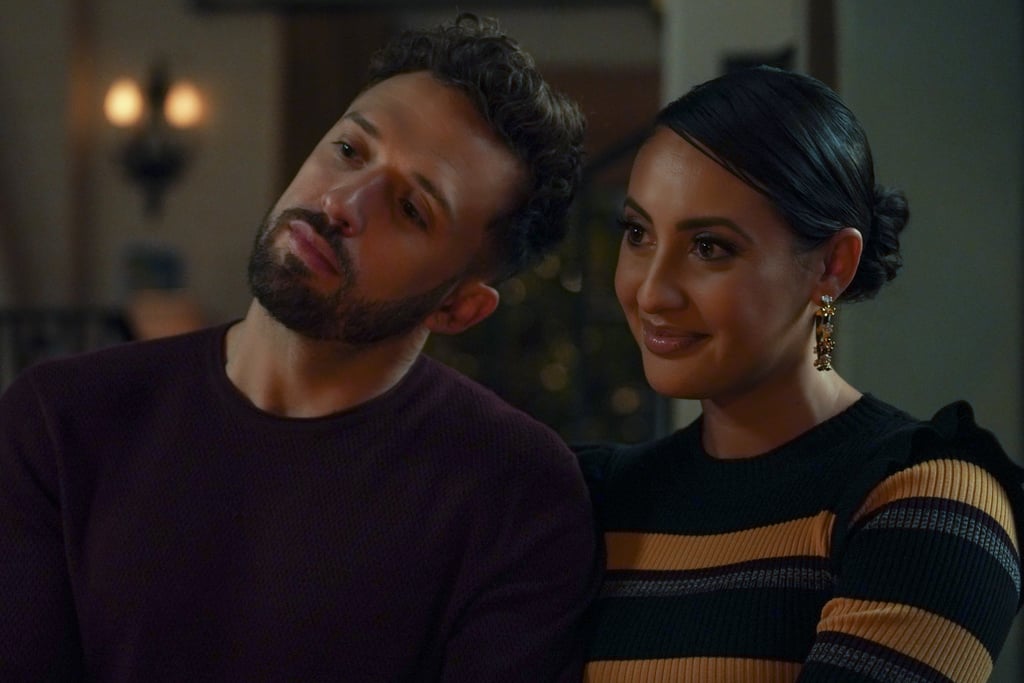 "One thing that the show has done best to stay relevant is by staying truthful," Shahidi added. "So many of us are now just hearing the words 'abolish the police' for the first time. We're not talking about reforming prisons; we're talking about what does a world without prisons look like? And so thinking about the fact that this is a conversation that wasn't being had when we were first filming our episodes that covered Black Lives Matter, I'm really glad that we were able to parallel and honor these conversations by giving them space. And I think if anything, it took the friend group and the cast of characters that we've developed to get into the granular issues of what it means to say that you believe Black lives matter, and what it means to enact it in your practices and your own belief systems. And we got to see that in multiple storylines when we're examining the relationship between characters, who I think, at surface level, we all say we're fighting for the same thing, but we get to see how that looks different for everybody."

"I'm really glad that we were able to parallel and honor these conversations by giving them space." — Yara Shahidi

"A Boy Is a Gun" and "Put Your Hands Where My Eyes Could See" air on Freeform on Aug. 5 and Aug. 12, respectively. Ultimately, the cast hopes viewers come away with a better understanding of what it means to be Black in America and are left feeling less alone. "I think it's going to be huge eye-opener for everyone," Raisa said. "It's been over a year since everything started, and I've heard some people being like, 'I'm tired of seeing it on television, I just want to escape.' And I'm like, 'No, but this is real life.' I think the way that the writers did it for our show, in particular, is a way for people to escape, but also hear truth, which is through comedy."

"With the heartbreak that's going on, the beauty of television, film, and art is to be able to make people feel a little bit less alone," Emily Arlook, who portrays Nomi Segal, added. "If someone can watch the show and have their experience reflected back and see these kids are dealing with this on college campuses as well, I think that's the least we can do as artists and as actors on television."