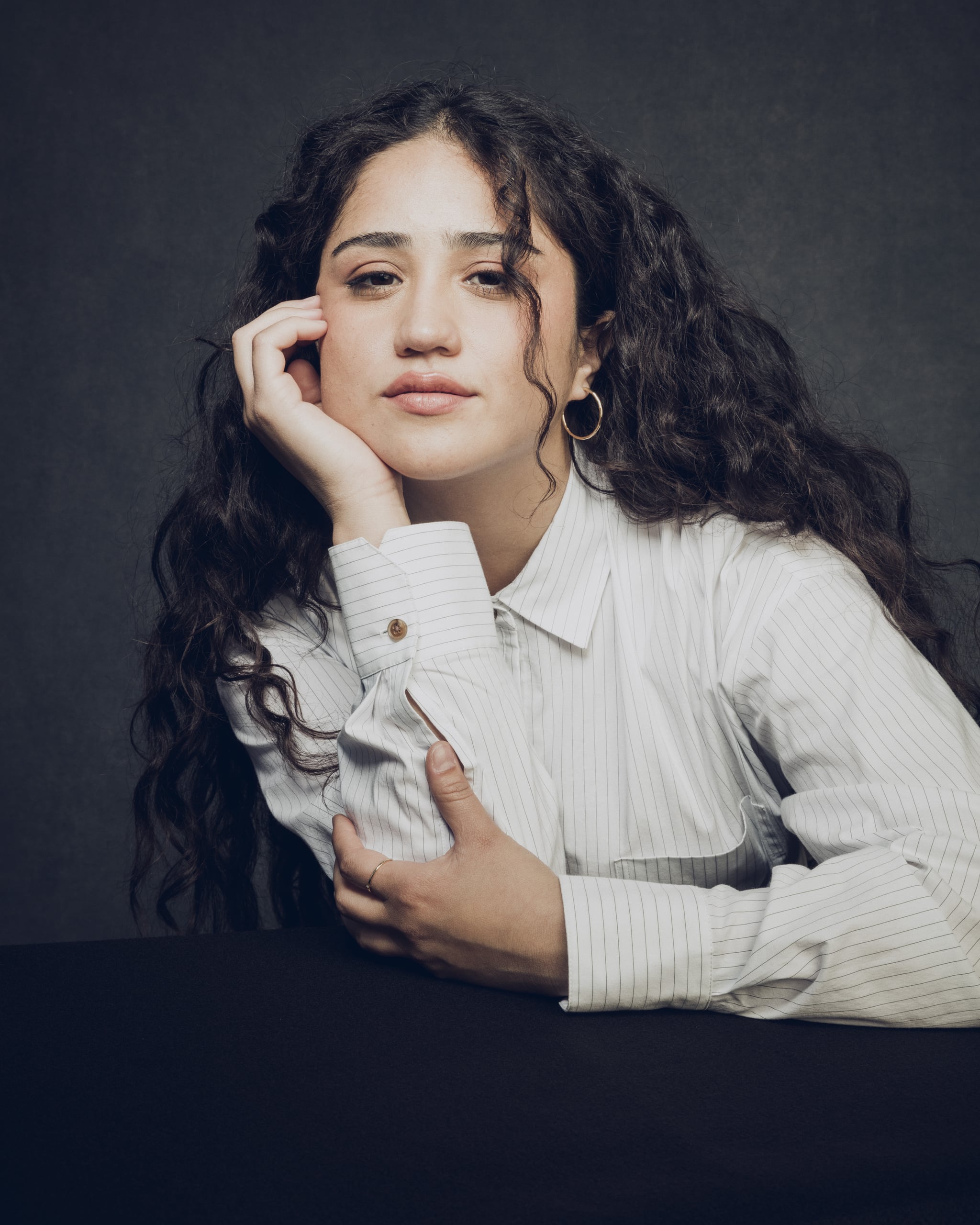 Haley Sanchez is quickly making a name for herself with her role as Greta on HBO Max's Generation. The series explores the intersecting lives of a group of teenagers who are trying to find their place in the world. For Sanchez, not only is this her first major TV project, but it's a dream she's worked her entire life to fulfill. "When I was younger, I feel like I wanted to [act], but it never seemed superpractical for me to do it — or at least that's what everybody told me," Sanchez told POPSUGAR. "This was this dream of mine that I was like, 'This is never going to happen.' It just seemed like an impossible thing." Rather than giving up, the 24-year-old decided to chase her dreams and "give it 100" by getting involved in theater, taking acting classes, and going on countless auditions. "I just wanted to be able to say that I gave it everything that I had," she said. "A lot of people told me I was going to experience a lot of rejection because this is an industry that rejects you a lot, so I was prepared."

In her role as Greta, Sanchez plays a first-generation Latina who is exploring her identity and sexuality as she starts developing feelings for a girl named Riley (Chase Sui Wonders). Greta was raised by a single mother who was just detained by ICE and is currently living with her aunt Ana (Nava Mau). In the beginning, we see Greta as this extremely shy, reserved young woman, but as the season goes on, we start to see her slowly unravel and come into her own. "It's something that she's really trying to gain the courage to do. She's taking her time and giving herself her own pace to do it at the speed that she is comfortable with," Sanchez said. "You get to see that progression happen in a way she feels very safe in . . . It's very empowering to see somebody do that."

As a Latina herself, it was important for Sanchez to tell Greta's story because it's one that she's "seen a lot in real life" but "not enough on screen." "This is somebody that I felt like I knew personally," Sanchez explained. "I feel superhonored to be able to play such an accurate representation of a Latinx, Gen Z person. I was really hoping that I could bring justice to this character, and I'm working really hard to try and make that happen." Sanchez also hopes that Greta's story inspires viewers to just be their true, authentic selves. "Don't do it for anybody else but yourself because that's the only way that it's going to be sustainable," she said. "It's truly rewarding to just live your authentic self." 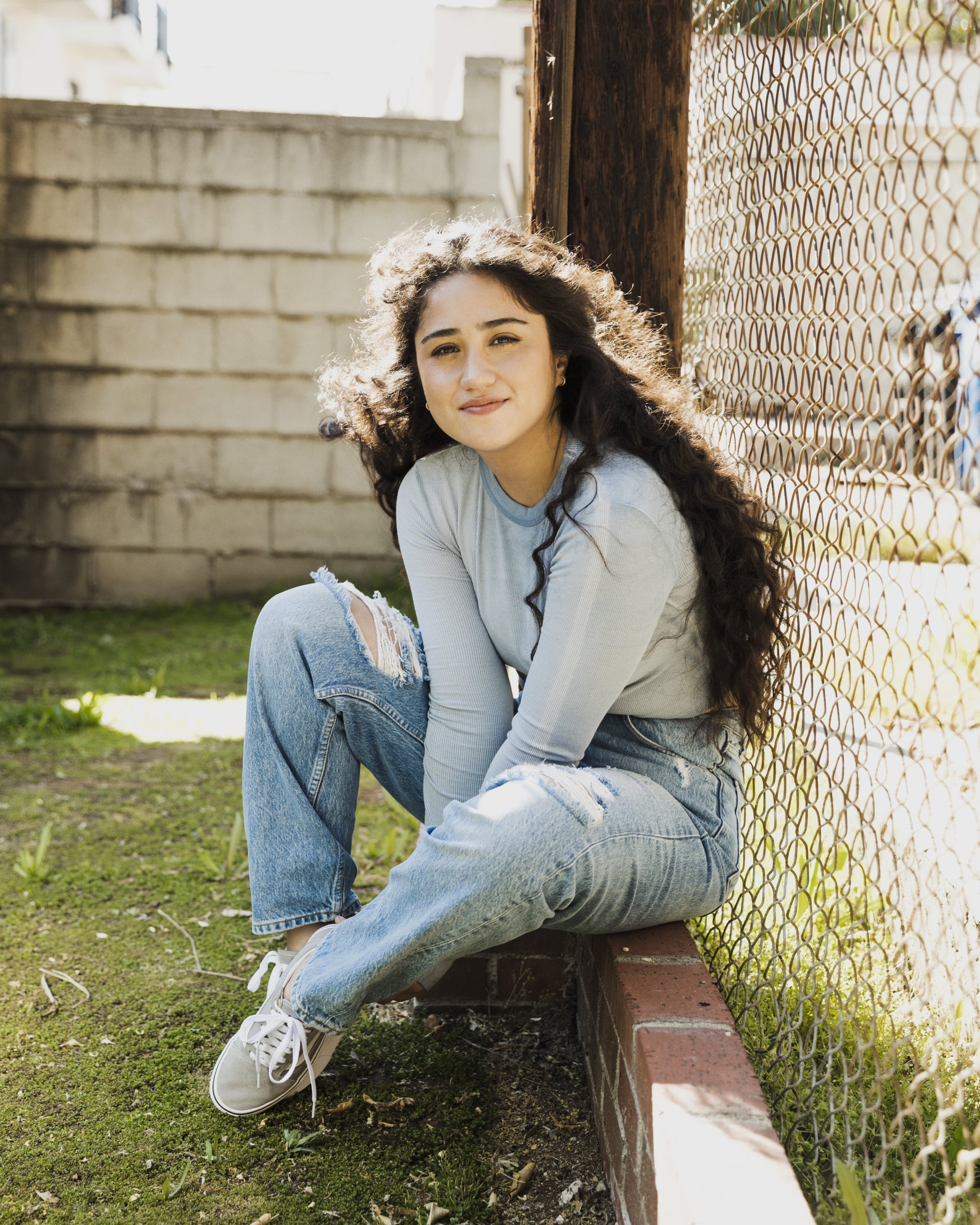 While it's been incredibly fulfilling for Sanchez to play Greta, she's also really enjoyed working alongside such a badass cast that includes Justice Smith, Chloe East, Nathanya Alexander, Lukita Maxwell, and Uly Schlesinger. "It's so cool that we got to be as close as we are, and it happened right off the bat," she said. "There are some people who've worked on other shows that were like, 'Wow, this cast got really close superfast.' Everyone is so amazing. They're essentially like family." One of Sanchez's favorite memories from working on the show actually involves Smith, who tried to break the ice during the start of filming by showing up to set blasting Khia's "My Neck, My Back (Lick It)" on a speaker. "Everybody just got superdown to this song right before the scene, and that was a huge bonding moment for all of us," Sanchez noted.

Another person that Sanchez made sure to praise was series cocreator Zelda Barnz, who she called "an inspiration." The 19-year-old first began writing what became Generation at age 17. She initially planned for it to be a book and then a TV series, but after talking to her dad, cocreater Daniel Barnz, they decided to skip the book and just go for the show. "She's so smart and very cool and also very personable and easy to talk to," Sanchez said of Zelda. "It's not even something that she says, but it's just something that she is; it's just being real." Generation was actually inspired by Zelda's own personal experience with coming out as queer to her fathers, Daniel and Ben, who also works on the show as a producer. "We all got to see this growth that happened between her and her dads because she had to be vulnerable with them in order to portray a truthful story," Sanchez said. "And watching that growth happen, you get to see what happens when you can do that with the people that you're close to."

Generation is still filming its first season, so Sanchez has "no idea" yet if it'll return for a second. But if it does get renewed, Sanchez said she'd love to see all the characters continue to "grow and mold." "Everybody's still on that journey. Even in life as a human, you're still growing as the years go, and I don't think you ever stop," she said. As for Sanchez personally, she'd love to work on an A24 film. "I love authentic stories being told, and I love to be a tool for people to use in order to tell an authentic story," she said. "I really love Taika Waititi. He's so funny, and I really admire [his] work. Greta Gerwig is really amazing and Wes Anderson — those kinds of people are just my vibe. It would be awesome to tell authentic stories with them."

by Sabienna Bowman 38 minutes ago