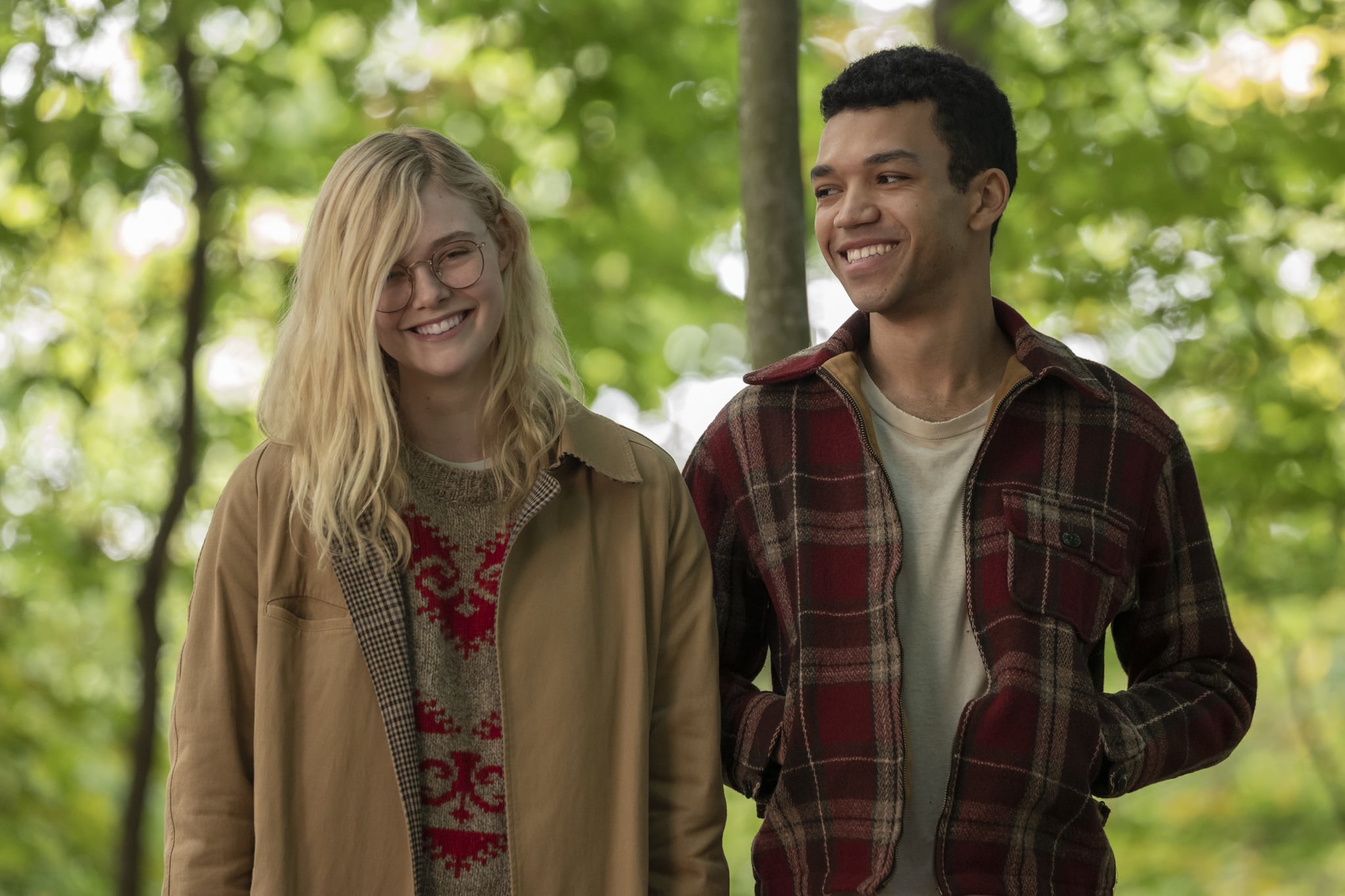 Editor's note: This article contains descriptions of mental illness and suicide that some readers may find disturbing.

In 2015, readers all around the world fell in love with Jennifer Niven's debut novel, All the Bright Places, and now, there's a Netflix adaptation! The bestselling YA novel tells the love story between melancholic Theodore Finch and popular girl Violet Markey. When we're introduced to Violet, she is grappling with the death of her older sister Eleanor, who was killed in a car accident the previous year. Ever since Eleanor's death, Violet does not feel like the same person she once was and struggles to return to normal life in the face of her grief. That is . . . until she meets Finch.

When it comes down to it, the book and movie plots are very similar: the teens pair up for a school project that involves "wandering" through their home state of Indiana. As much as Violet tries to push Finch away, Finch is determined to help Violet find happiness, in spite of the overwhelming grief that consumes her on a daily basis. As the teens wander, Violet begins to heal. She manages to get back inside a car for the first time since her sister's death. She even begins writing again, a passion she had temporarily abandoned.

The Netflix movie opens with a scene showing Violet, standing alone, on top of a bridge, ready to jump. Finch, an early-morning jogger, happens to be running nearby. He talks her off the ledge (literally), saving her life.

The YA novel has a slightly different beginning. Finch and Violet meet on a bell tower, both prepared to jump to their deaths. It is unclear who saves who, but they both make it off the bell tower alive. The two protagonists begin the book on tonally different but equally alarming footing, with both characters battling their own personal inner demons. Unlike in the film, the readers know from the get-go that Finch suffers from mental illness. The leading male character has undiagnosed bipolar disorder and has attempted suicide several times. For Finch, suicidal thoughts are a dime a dozen, and he describes thinking about killing himself during breakfast, lunch, and dinner. Through most of the novel, we see him battling against his obsession with death. "I want to stay alive. I'm fighting to be here in this sh*tty, messed-up world," Finch says.

It is only toward the second half of the film that the book and movie plots begin to diverge more drastically, primarily through the portrayal of Finch's character and his mental illness. While the reader is very much informed of the goings on inside Finch's head in the novel, Finch's mental illness is a mystery for most of the Netflix film, and we only get small glimpses of his darker side. We know Finch disappears sometimes, for days on end. We know his father has been physically abusive and the large scar on Finch's chest comes from a wound inflicted by his dad. However, until almost the end of the film, the audience views Finch as a happy-go-lucky character who enjoys midnight runs and spontaneous adventures.

In an interview with USA Today, All the Bright Places director Brett Haley said that after meeting with "many, many mental health professionals about the script," they decided to alter particular aspects of the book for the screen.

"We wanted it to be more engaging with the audience, like 'What's going on with him? Why is he suffering? These are interesting conversations to have," Haley said, reinforcing that in the film, Finch is not meant to be diagnosed with a specific mental disorder. "We did not want to make a blanket statement and say, 'Oh, well, this is how the disorder is.'" 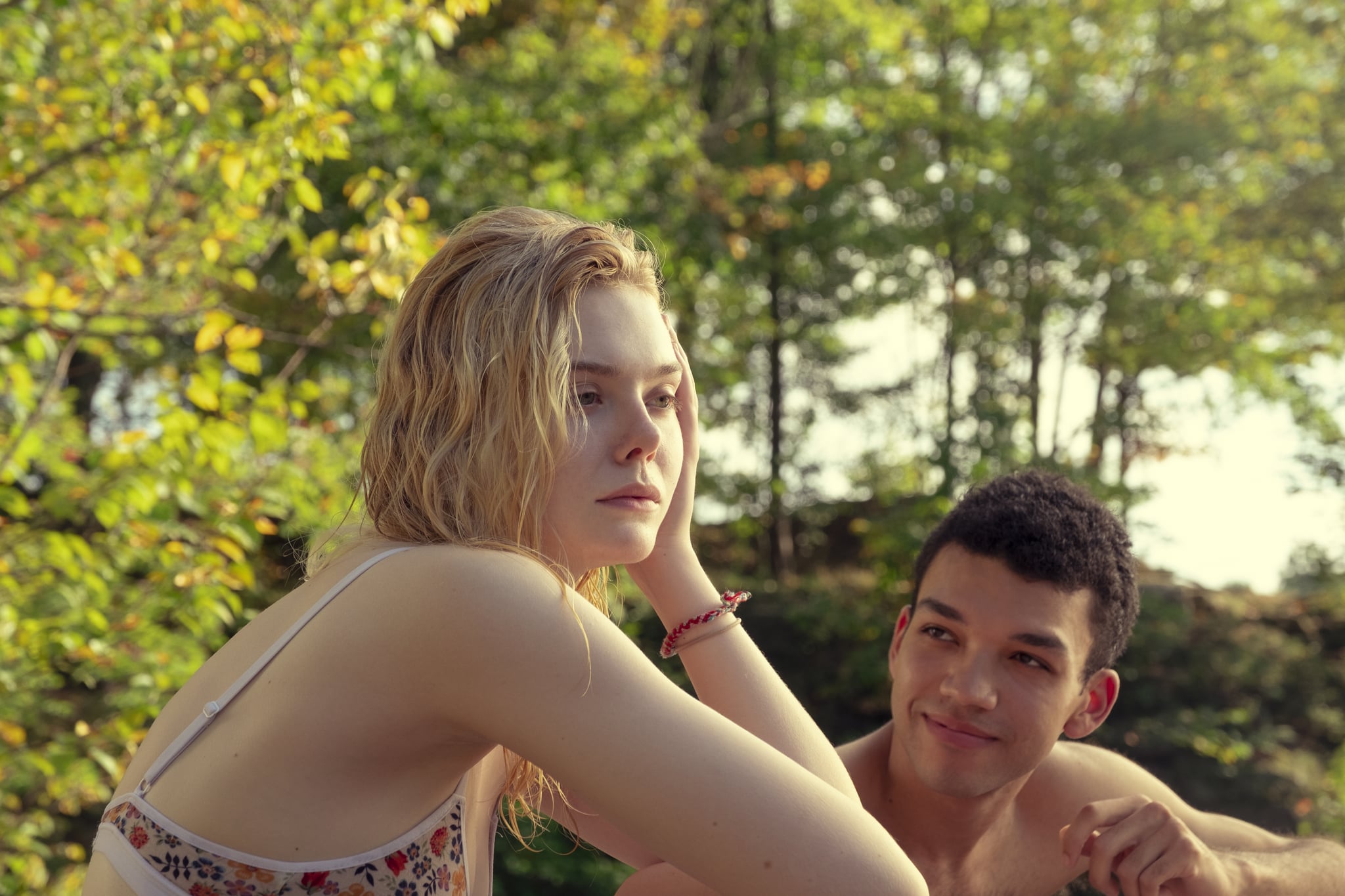 Finch's death scene is nearly identical in both the book and the film. After another one of Finch's mysterious disappearances, Violet fears for the worst and goes searching for him at the Blue Hole (another one of their "wanders"). She finds his car parked on the side of the road and his clothes on the lake's bank, and it's clear that Finch has died by suicide.

While the death scenes may be similar in the book and the movie, the events leading up to these scenes, and following them, have subtle differences.

In the YA novel, Finch begins a dark and twisty downward spiral that is triggered after Violet's parents forbid him from seeing her. He permanently moves into his bedroom closet and gets expelled from school after beating up the town bully, Roamer. He even attempts suicide again, by consuming a bunch of sleeping pills. Before he kills himself, Finch sends emails to all of the people in his life. These are his final goodbyes. It is after Violet receives her email from Finch that she rushes to the Blue Hole in search of Finch.

Finch's suicide comes as much more of a shock in the film, as a result of the movie's relatively vague portrayal of his mental illness. Toward the second half of the movie, the audience begins to notice subtle changes in Finch's mood. The leading male character is no longer all jokes and laughter. On several occasions, Violet catches him drifting off into space, as if he's somewhere else. This behavior exponentially escalates. Finch begins to sink into states of depression and even engage in acts of violence.

Unlike the novel, Finch's downward spiral in the film is not quite as drastic. We witness Finch getting yelled at by Violet's parents, but he is not forbidden from seeing her. We witness Finch moving his bed into his closet, but we don't see him living in there for days on end. We witness Finch's fight with the school bully, Roamer, but he doesn't get expelled. Although Finch clearly experiences emotional and psychological turmoil leading up to his suicide, his internal thoughts are never fully explained to the audience and are left almost entirely up to audience interpretation. Both the book and the movie have different yet effective, delicate approaches to portraying mental illness in young adults.

Movie Trailers
Margot Robbie, Taylor Swift, and Anya Taylor-Joy Are All Starring in a Movie Together
by Eden Arielle Gordon 13 hours ago