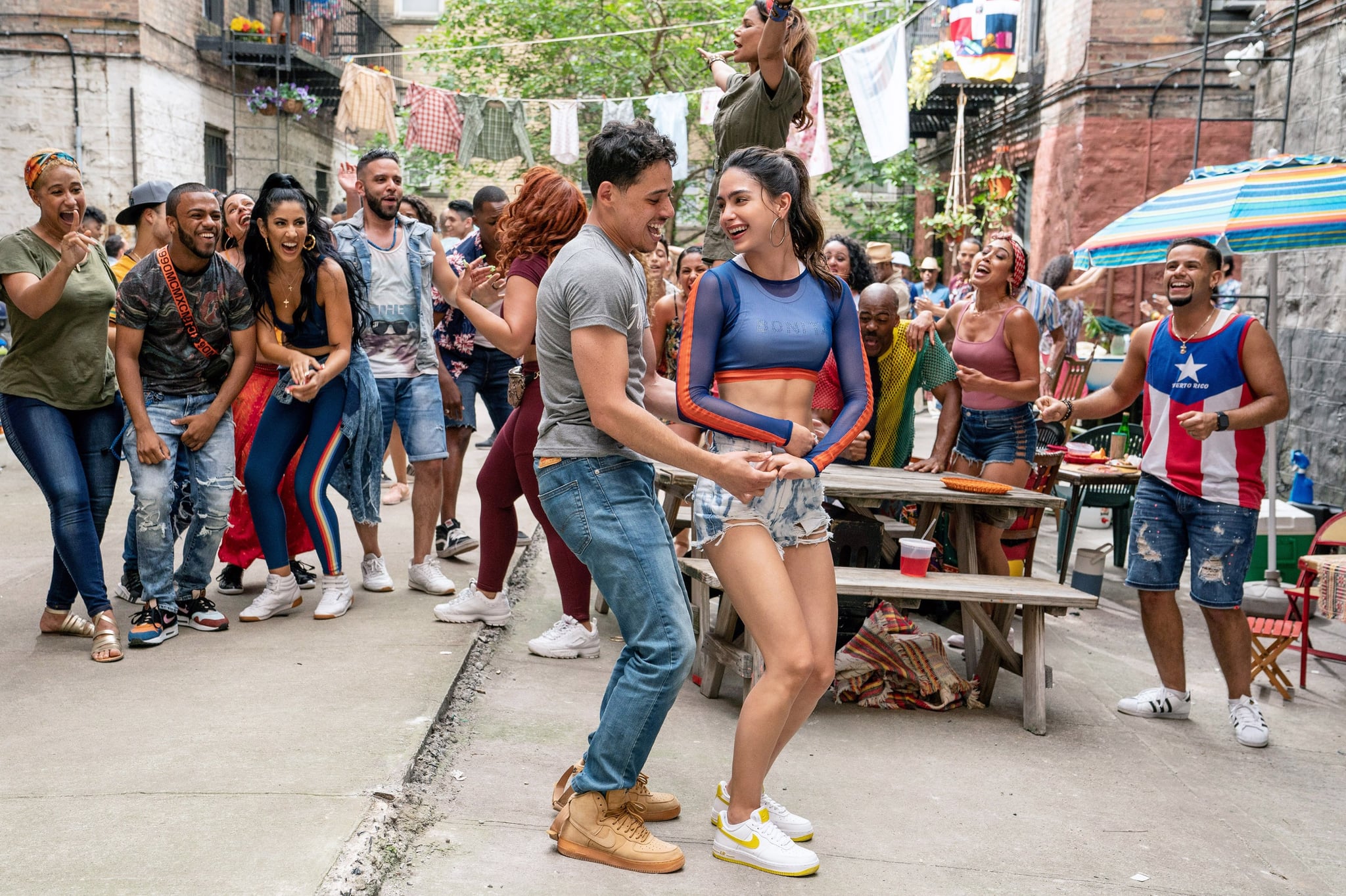 Lin-Manuel Miranda's In the Heights is one of the biggest movies to hit the screen this year, but the cast is still holding out hope for another sueñito: a sequel. As of now, there are no plans for a follow-up film, but according to Leslie Grace, the star-studded cast has already started a petition for it. "There is nothing that we would want more in the world," Melissa Barrera told Entertainment Tonight. "Even if it takes Lin another 20 years to write the sequel, we will all come back . . . If one day you wake up and they're like, 'I dreamed up the sequel,' and Lin is inspired and writes the songs, I mean, we're there." Grace jokingly added, "We'll be back as Abuela Nina and Abuela Vanessa."

In the film, Barrera stars as Usnavi's love interest, Vanessa, while Grace plays Nina, who is the first woman from Washington Heights to go to college. As for what Barrera would like to see next, she noted that it would be interesting to see what happens "from the moment that Usnavi decides to stay." "What happens in those years, because it can't be easy," she said. "There's always a little bit of back and forth, and a struggle. So I think it's important to honor the struggle, and it's important to celebrate the small victories. A sequel is a dream that I don't know if it will happen because it took Lin a long time to get one done and it takes a long time to make a musical. But, I know all of us would in a heartbeat come back to these worlds."

Grace, on the other hand, sees Nina facing new obstacles. "I see her persisting through a lot and finding her voice and speaking for young people like Sonny, who might not even see a foreseeable future for them in the present moment. But maybe she can just be propelled to create that pathway for them," she said. "I feel like she's going to soar from there on. I think, we have a little nugget from Lin that really Nina's dream is to become the mayor."

Related:
In the Heights Made Me Feel Seen — I Wish the Entire Latinx Community Could Say the Same

Meanwhile, director Jon M. Chu is also down for a sequel. "If Lin and Quiara [Alegría Hudes] wrote the next chapter, you bet your ass I'd be there!" he told ET. "I think the next chapter is that next generation, seeing how Sonny helps guide them into the new chapter of their lives and how they're telling their stories. That would be fun!" Clearly, there's a lot of material to source from for the sequel, now all we need is for Miranda and Hudes to give it the green light!