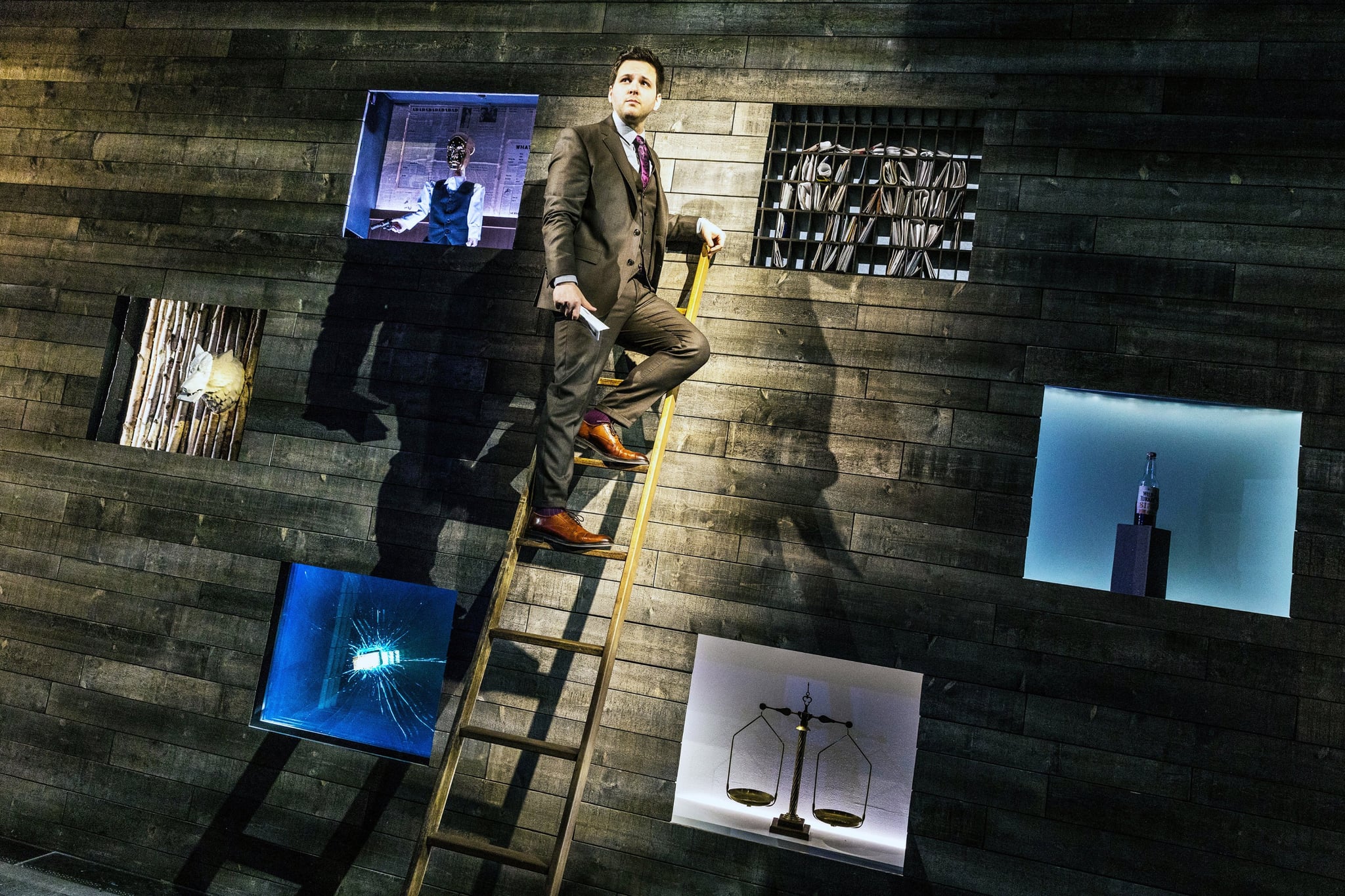 Hulu is officially home to In & Of Itself, a recorded version of a live stage show by Derek DelGaudio, which combines theatrical performance and narrative storytelling with some seriously impressive magic tricks. If DelGaudio has anything to say about it, though, audiences won't be focused on trying to explain the tricks — they'll be taking in the performance as a whole.

Although he's not giving away his secrets anytime soon, DelGaudio does at least understand why audiences are so curious to "solve" the mysteries of how he pulls off his elaborate stunts. "It's natural. Experiencing a mystery is like being washed out away from shore, like having the tide pull you away. And the first thing you want to do is just swim back to shore as hard as you can. You want solid ground. You want to get back to the thing that you know and understand. And it's really scary to be pulled out into a dark sea," he explained to The Daily Beast.

Still, DelGaudio added, those feelings are actually part of creating the full experience, which is why he won't discuss or even hint at the practical techniques used to create his tricks. "I've found that if you let it pull you out and if you can go the other direction and let the mystery pull you away from what you know, and into possibilities of things you might not understand, that to me is where the importance lies. So it's just kind of missing the point. The context of me having practiced as a magician and being in a theater, I understand that people want to have those discussions. I just don't want to participate in a dialogue that I think pulls us away from the value of the work."

The closest DelGaudio comes to explaining his tricks is talking about the evolution of one notable moment, involving an audience member and a mysterious letter. "I was in my studio thinking about identity and giving a thing a name and what that does to a thing. I was holding a pen and it was just a pen. But I was thinking, if someone told me that Ernest Hemingway wrote a book with this pen, then that would make it more meaningful. But really it's just a pen. It never really changed form," he told The Daily Beast. "And I thought, what if you could do it to a person? What if you could watch a person transform the way that a pen transforms based on your knowledge of its history and what it means and all these things? . . . So then it was just about figuring out how to visualize it and realize it so that other people could see these things that I was thinking about."

In general, DelGaudio seems to shy away from focusing on the "magic" at all, preferring to focus on In & Of Itself's narrative around personal identity. "If people have an understanding of what [the term 'magician'] means to me, then no. But if they understand it as they understand it and it has nothing to do with how I see the world or how I see my role or what I do, then yeah, it's difficult to let that stand . . . It's not so much running from it as it is wanting to make the things that I want to make without having perception of others get in the way of it," he told Slate. Magician or not, DelGaudio's work in In & Of Itself is ridiculously impressive, no matter what label you put on it!