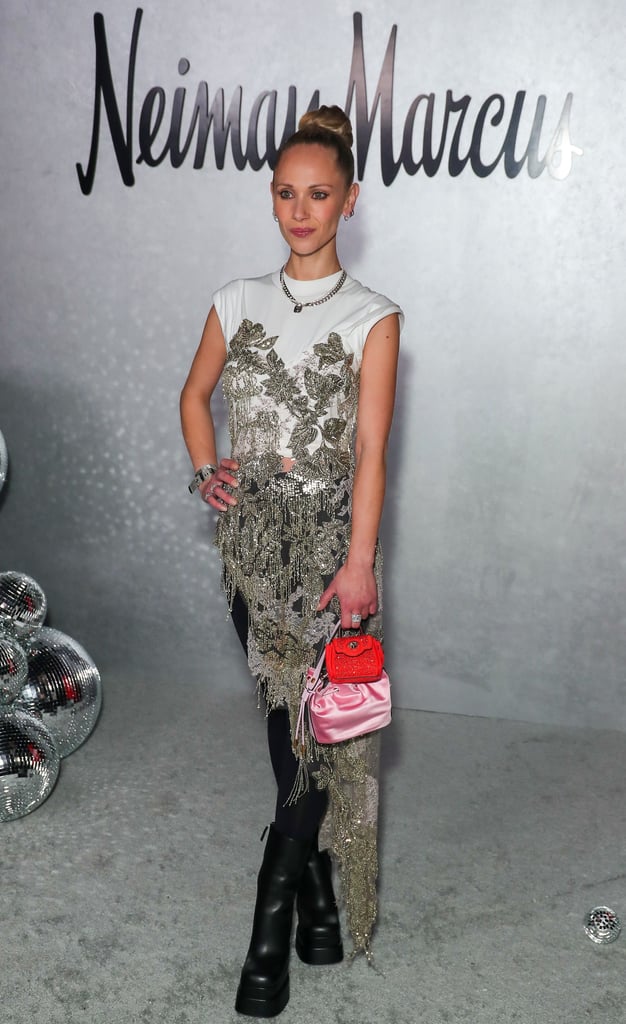 If you're still on edge after that wrenching, final scene between Roy and Keeley on Ted Lasso's second season finale, we're here for you. We caught up with Keeley herself, Juno Temple, on Oct. 26 at Neiman Marcus's Fantasy Gift event party at LA's Paramount Studios, which she hosted with her costar Phil Dunster. And it sounds like while Temple personally has faith in Roy and Keeley, she's genuinely not sure what their future as a couple will look like when the series returns.

"You know, it's one of those Sliding Doors situations. It's not one way or the other way, or any which way," she told POPSUGAR. "I definitely know they would have a spectacular future together. I believe they'd be great parents and they'd be great growing old together, and maybe that will be their journey . . . but I don't know!"

The season finale also saw Temple's character striking out on her own, founding her own PR company and leaving her post at Richmond. While the change wasn't without its tensions between Keeley and Roy, Temple said she doesn't think Roy is the kind of guy who would bristle at having a more successful partner. "I also think Roy would be good at supporting that. It might be an adjustment, initially, but I think he would be really great at that," she said. Was that a hint that the pair might stay together? "Who knows! It's out of my hands, but I'm excited to find out."

Temple wore a pair of platform Versace boots with a crystal encrusted top to the soiree, while Dunster was dressed decidedly unlike his character Jamie Tartt in a sleek greige suit jacket. "[Phil's] not like Jamie Tartt at all," Temple said, "except he can f*ckin' play football. He's one of the men on the team that can actually play." And who's the worst? "Roy. I actually think Brett [Goldstein] would say he's not the best at playing the game."

As guests, including Russian Doll star Natasha Lyonne, comedian London Hughes, and model Slick Woods, scoped out the extravagant gifts on display — including a $6 million diamond ring, flanked by two security guards — we asked Temple what was at the top of her own holiday wish list. "Just making sure I get home to see my family, so making sure I get plane tickets." Oh, and anything from the Tom Ford 1996 fall/winter collection.