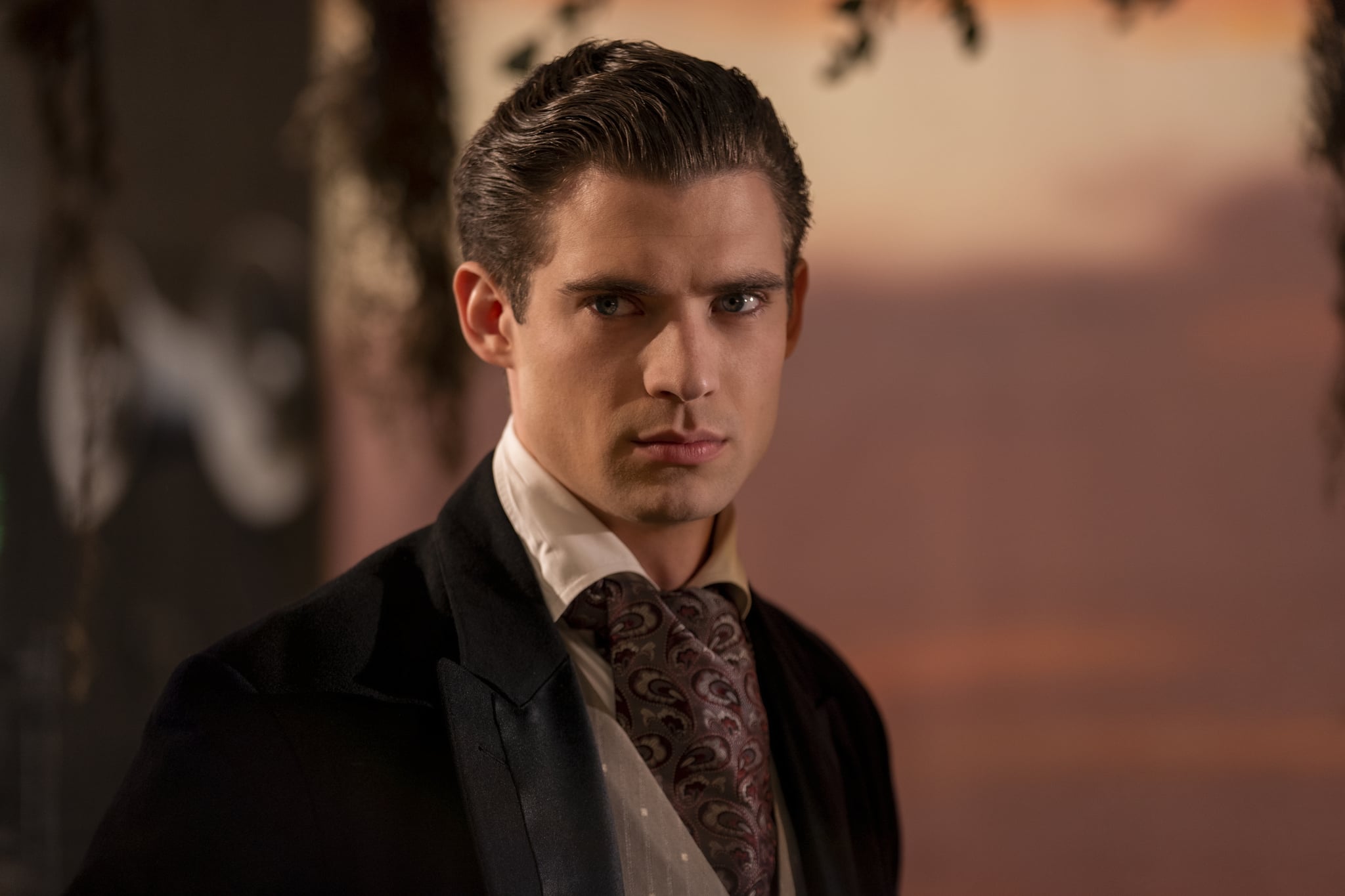 Ryan Murphy's latest project is the Netflix limited series Hollywood, and after seeing the first trailer, it's easy to wonder if it's based on a true story. The answer to that question is actually a little bit complicated. We're breaking down what's pure fiction and what's based on reality — or, at the very least, real gossip.

What Is Hollywood on Netflix About?

At first glance, it looks like Hollywood is just your typical showbiz drama, set in the glamorous and dangerous world of post-World War II Hollywood. But there's a twist: it's set in a "what if?" sort of alternate timeline where many of the prejudices of the real world don't exist, exploring instead all the creativity that could have come from the kinds of people that the real Hollywood of the 1940s overlooked.

"With the present so fraught and the future uncertain, we turned to the past for direction, uncovering buried history to spin an aspirational tale of what ifs: What if a band of outsiders were given a chance to tell their own story? What if the person with greenlight power was a woman? The screenwriter a black man? What if the heroine was a woman of color? The matinee idol openly gay?" executive producer Janet Mock said in a statement, according to Entertainment Weekly. "And what if they were all invited into the room where the decisions are made, entering fully and unapologetically themselves to leave victorious and vaunted, their place in history cemented." Accordingly, the cast include nonwhite characters, LGBTQ+ characters, women in power, and more storylines that couldn't have happened in real history but are explored in depth here.

Related:
The 1940s Costumes in Hollywood Are So Glamorous, the Actors Wanted to Take Them Home

Which Characters on Hollywood Are Based on Real People?

While many of the lead characters are fictional, or based on overarching groups of people who were overshadowed in 1940s Hollywood, the cast also include a few familiar names and stories, albeit tweaked versions for this alternate reality. Jake Picking plays Hollywood's version of Rock Hudson, the famous actor who, in real life, was secretly gay but felt he had to keep up his image as a ladies' man and leading heartthrob. Jim Parsons plays Rock's greedy, sleazy agent, Henry Willson, who also was a real person, infamous for manipulating his young, attractive clients into sexual relationships while he built their careers.

Among the women, two Hollywood trailblazers also play a part in the show's world. Queen Latifah appears as Hattie McDaniel, whose famous turn as Mammy in Gone With the Wind made her the first person of color to win an Oscar. She's joined by Michelle Krusiec, who plays Anna May Wong, the first Chinese-American actress to gain stardom in Hollywood.

What Is Hollywood Based On?

The premise of the show is very loosely lifted from the recollections of a man named Scotty Bowers, a young ex-Marine who owned a gas station in Hollywood back in the 1940s. In Hollywood, Dylan McDermott plays Ernie, a man with a similar place in the story, and David Corenswet's aspiring actor, Jack, is the naive young station attendant who finds himself doing more than just car service. According to Vanity Fair, the real Bowers was famous (or infamous, depending on your point of view) for arranging discreet encounters for the biggest stars in Hollywood, including secret hookups for actors who felt they couldn't publicly acknowledge their sexualities. Bowers is the subject of a 2017 documentary, Scotty and the Secret History of Hollywood, in which he reveals some of the salacious gossip he alone was privy to. Although Hollywood isn't directly based on Bowers's stories, it seems pretty certain that the overall themes and tone will be along the same lines when the series arrives on Netflix on May 1.