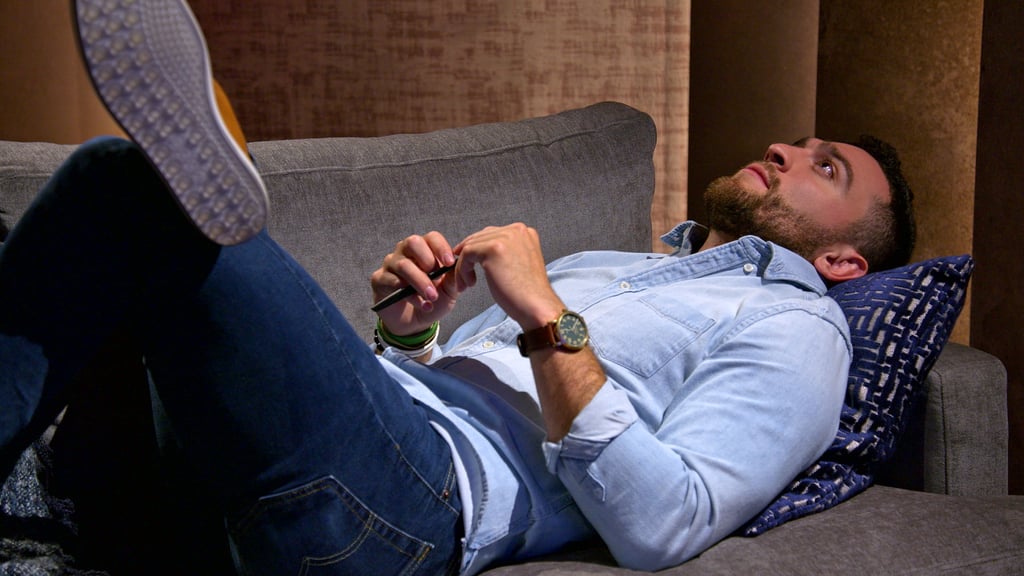 Time to Learn How to Make Italian Beef! Love Is Blind's Mark Is Ready to Date Again

The Love Is Blind finale ended with a not-too-surprising breakup between Mark and Jessica. After being dumped by Jessica, is Mark still single now? Mark's current relationship status is unclear, but he's handled the breakup and its aftermath with admirable grace (and workout pics).

"This was the best thing that ever happened to me," he told the New York Post. "Without Jess, there would not be a Mark of today. I really am thankful for Jess and everything that we went through, because she challenged me in a lot of different ways. The age gap is a real thing, and things that I didn't know that I needed to be ready for — she prepared me for that mentally. I'm so thankful for that. So I wouldn't do anything different. It taught me so many values in terms of how I want to be, in a relationship."

The one thing we do know? He and Jessica are definitely not in touch at all. "We haven't talked since the wedding day," Mark told the Post. "I reached out at some point — nothing bad, just to say, like, 'Hey, I hope everything's going well, I hope everything's doing all right.' I didn't hear back. But to me, it's just sending love out there. Like, 'Hey, I hope you're doing OK.' And that's that."

For the moment, it looks like Mark is single, although we'll definitely know more once the Love Is Blind reunion airs on March 5 and reveals the aftermath of the show (which filmed way back in 2018). For now, we're going over every possible clue on social media to see if we can suss out any information — keep reading for our thoughts!

The Daily Show
Trevor Noah Leaving "The Daily Show" After 7 Years: "I Feel Like It's Time"
by Monica Sisavat 1 hour ago

Atlanta TV Show
All the Best Celebrity Cameos in "Atlanta," From Gunna to Katt Williams
by Njera Perkins 16 hours ago

Nostalgia
From "Kenan & Kel" to "Sabrina the Teenage Witch," Coolio's Most Iconic TV Roles
by Chanel Vargas 21 hours ago

by Johanna Ferreira 17 hours ago