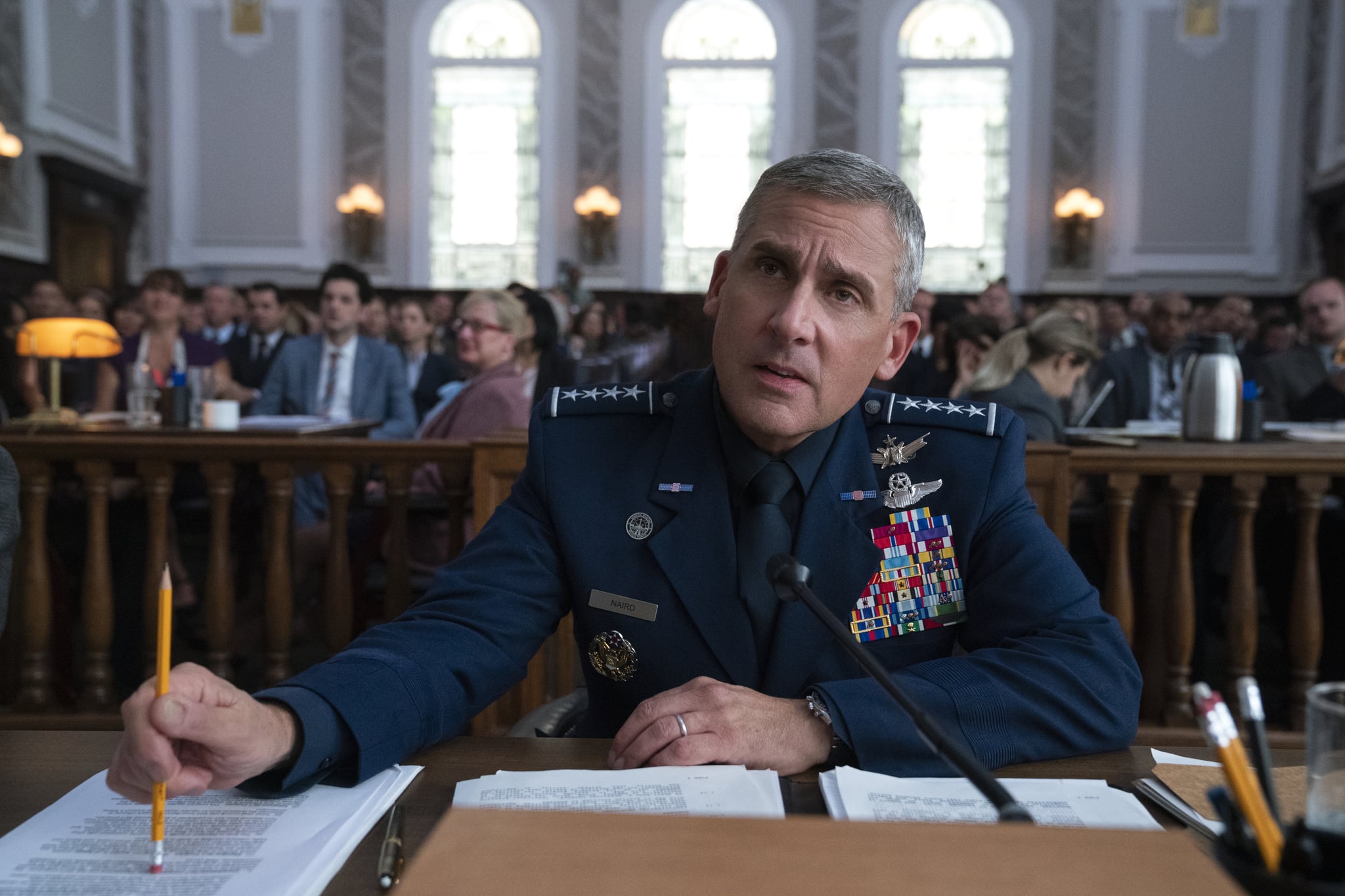 It's a been big year for the United States Space Force (USSF), which is now categorized as the sixth branch of the armed forces. Not only were they officially established as a new military branch, but also they found themselves as inspiration behind Netflix's newest parody series, unsurprisingly called Space Force.

The comedy follows four-star General Mark R. Naird (Steve Carell) whose lifelong goal is to hold a high-ranking position in the US Air Force. Sadly, this pilot's dream come to a halt when assigned to take over a new branch of the US military, the Space Force. The new job requires moving his family to a remote base in Colorado where he'll work with a team of scientists, engineers, and space professionals to combat a variety of tasks from the White House, in the hopes of colonizing the moon.

If you're wondering why this story line seems familiar, your guesses probably aren't too far off from the truth. The series is in fact, based on — and poking fun at — the USSF. In 2019, President Donald Trump signed a $738 billion defense spending bill, which led to the USSF. The new branch was rapidly mocked among comedians, politicians, and even cartoonists due to its larger-than-life budget, and seemingly loosely planned list of goals, thus creating the perfect foundation for a satire. Carell's character is even based off General Jay Raymond (below, right), who was recently honored as the US Space Force chief of space operations. Fueling the fire, the trailer's opening scenes pay homage to this mockery as we watch highly appointed officials laugh as their leader announces the arrival of a new military branch. 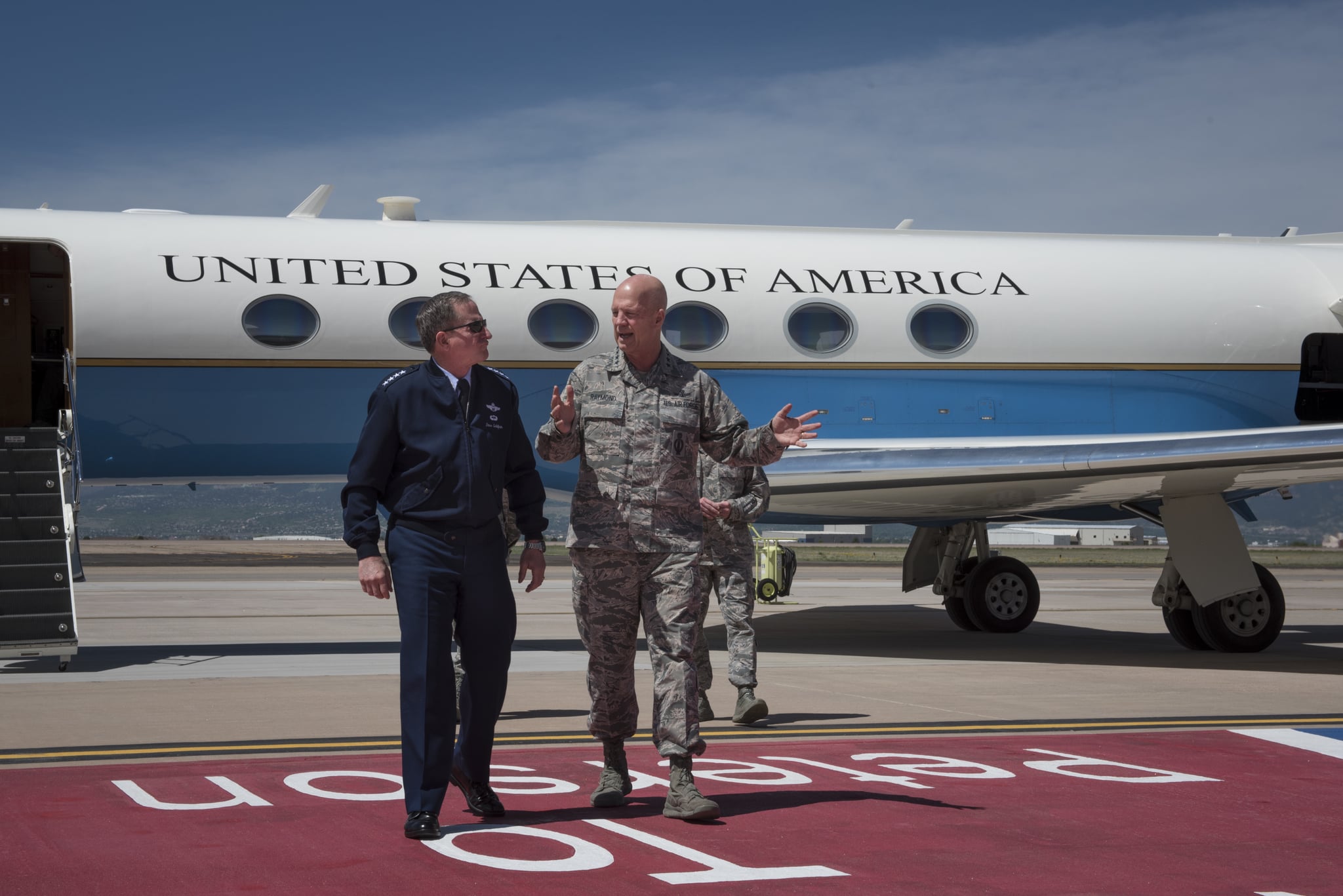 While Space Force wasn't technically an independent branch of the military until 2019, Trump publicly spoke about his intent to create it in 2018. After the initial mention, Space Force cocreator Greg Daniels, who previously worked with Carell on The Office, helped curate a space narrative around these real-life events.

"We realized that the story had beautiful visuals and a mythic quality, and it echoed some of America's best moments," Daniels said in a press release. "The contrast between that and the super hopeful early days of NASA, when it was just such an achievement for all of mankind to get a person on the moon, is a good subject for satire."

So far, the USSF hasn't issued any comments regarding the streaming service's new series. However, Raymond did jokingly advise Carell to get a haircut if he wants to portray a real-life Space Force chief. While talking during a Space Foundation webinar, Raymond, who sports a nearly clean-shaven head himself, added he is looking forward to watching the series play out.

The parody will hit Netflix on May 29, and you won't want to miss it.