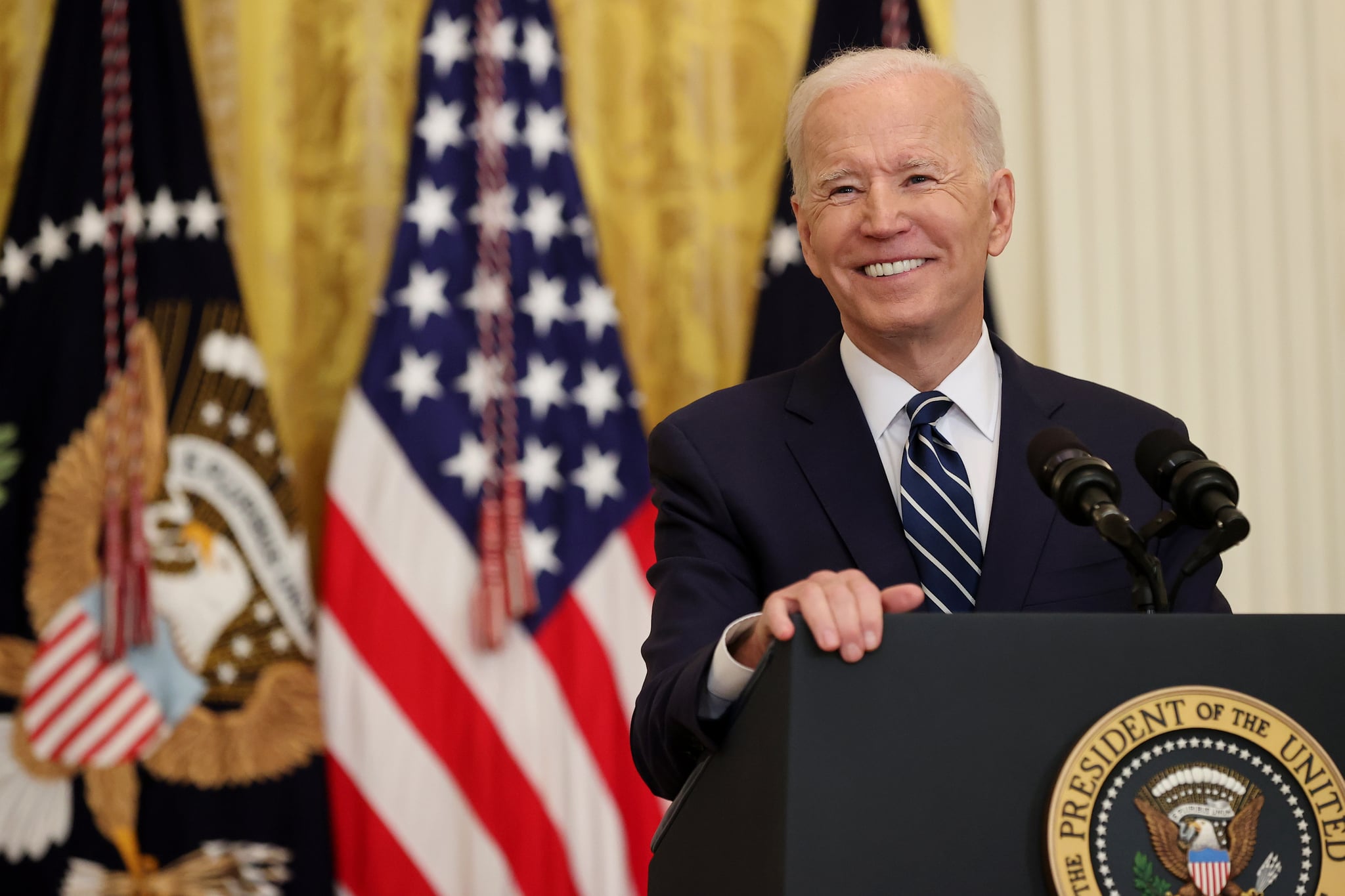 In the past few weeks, I've seen everyone from Lil Nas X and Olivia Rodrigo to everyday creators use the viral "Bing Bong" sound on TikTok. But I can't say I expected to see President Joe Biden — in partnership with the Jonas Brothers, for that matter – take part in the trend next. In a TikTok video shared on Friday, Nick, Kevin, and Joe Jonas aggressively lip sync to the "bing bong" audio, which includes the hilarious "What do you want to tell Joe Byron right now?" bit originally from a Sidetalk interview.

After the clip, Kevin asks the president, who is revealed to be holding the iPhone camera, "Did we get it?" to which Biden responds, "We got it." In the TikTok, the brothers also confirm with each other that they're vaccinated, which is the reason for their visit to the White House: to promote vaccinations as the Omicron variant spreads rapidly across the US. Watch the video, with over three million views within two hours of posting, ahead, and get vaccinated if you haven't already!

Related:
In Typical Mom Fashion, Ciara Is Unbothered as Her 1-Year-Old Crashes Her White House Conference