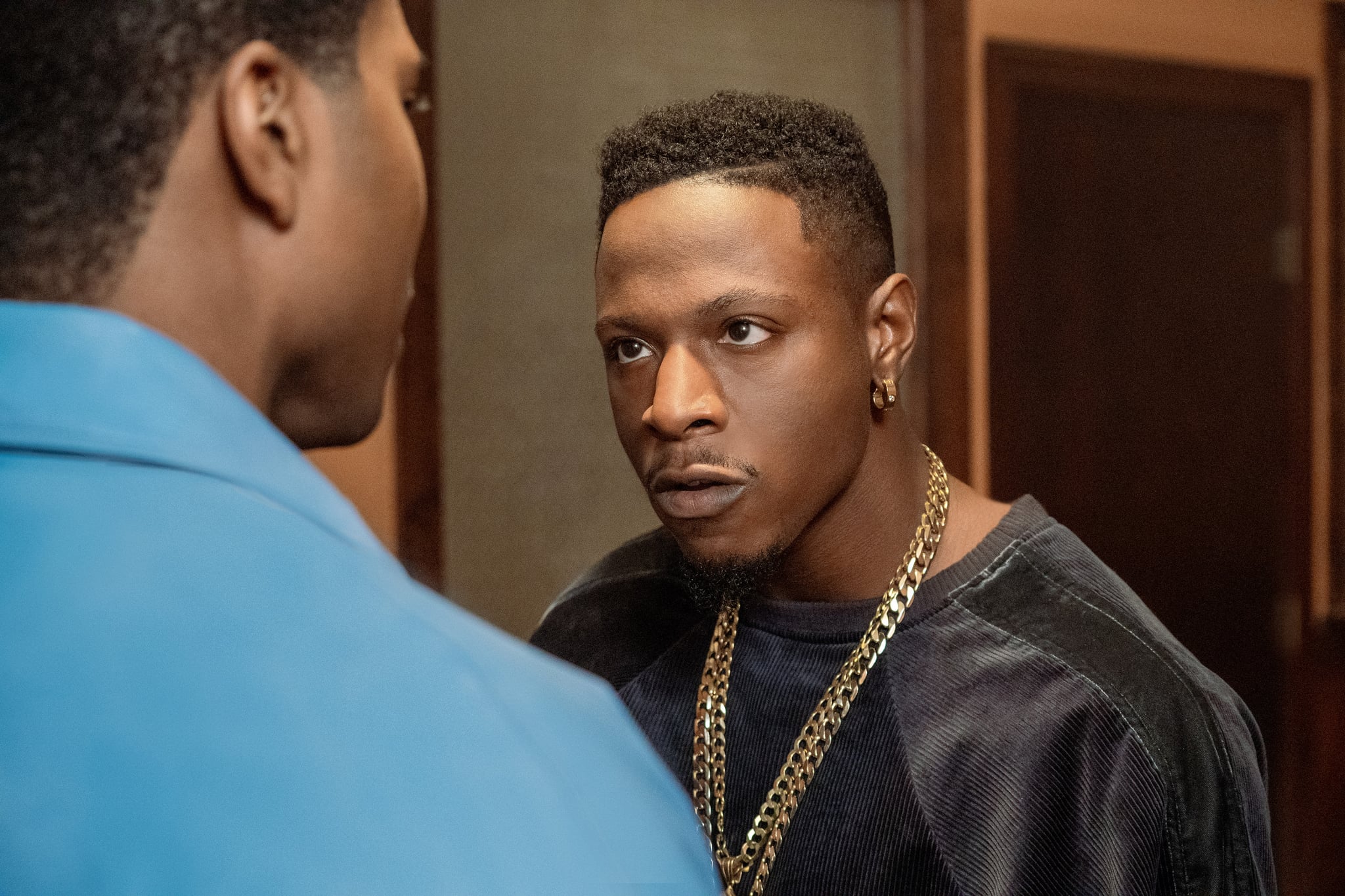 Starz's "Raising Kanan" returned for season two on Aug. 14, and the drama is already heating up, especially with Joey Bada$$'s Unique. The last we saw of the rapper's character in the season one finale, Raq (Patina Miller) framed him for the attempted murder of Detective Howard (Omar Epps) to protect Kanan (Mekai Curtis). Despite beating the charge, Unique returns to the streets in season two to find that his whole world has been flipped upside down.

"This is the first time I've played a clear villain."

Months after being locked up for Howard's shooting, Unique gets released from jail and discovers his drug business has been scooped up by Raq and her crew. With heat from law enforcement on his back and no supplier on his side, the self-proclaimed villain is back at square one plotting his next come up. But knowing Unique, it won't be long before he rises up and retaliates against Raq and everyone else he sees as his enemy.

Bada$$ admits to POPSUGAR that when he joined the Power Universe last year, he had no idea his character would play such a pivotal role in the franchise's third installment. "I don't think I really thought about how involved or part of the story this character would be. I was just more so excited about the type of character it was," he says. But if "Raising Kanan" would've come along years ago, viewers may not have even seen Bada$$ take on an antihero like Unique. "This is the first time I've played a clear villain, especially one from the '90s era, from New York, a drug dealer," he adds. "I stayed away from these roles early in my career because I didn't want to be pigeonholed." Luckily, the offer to play Unique "came right on time." 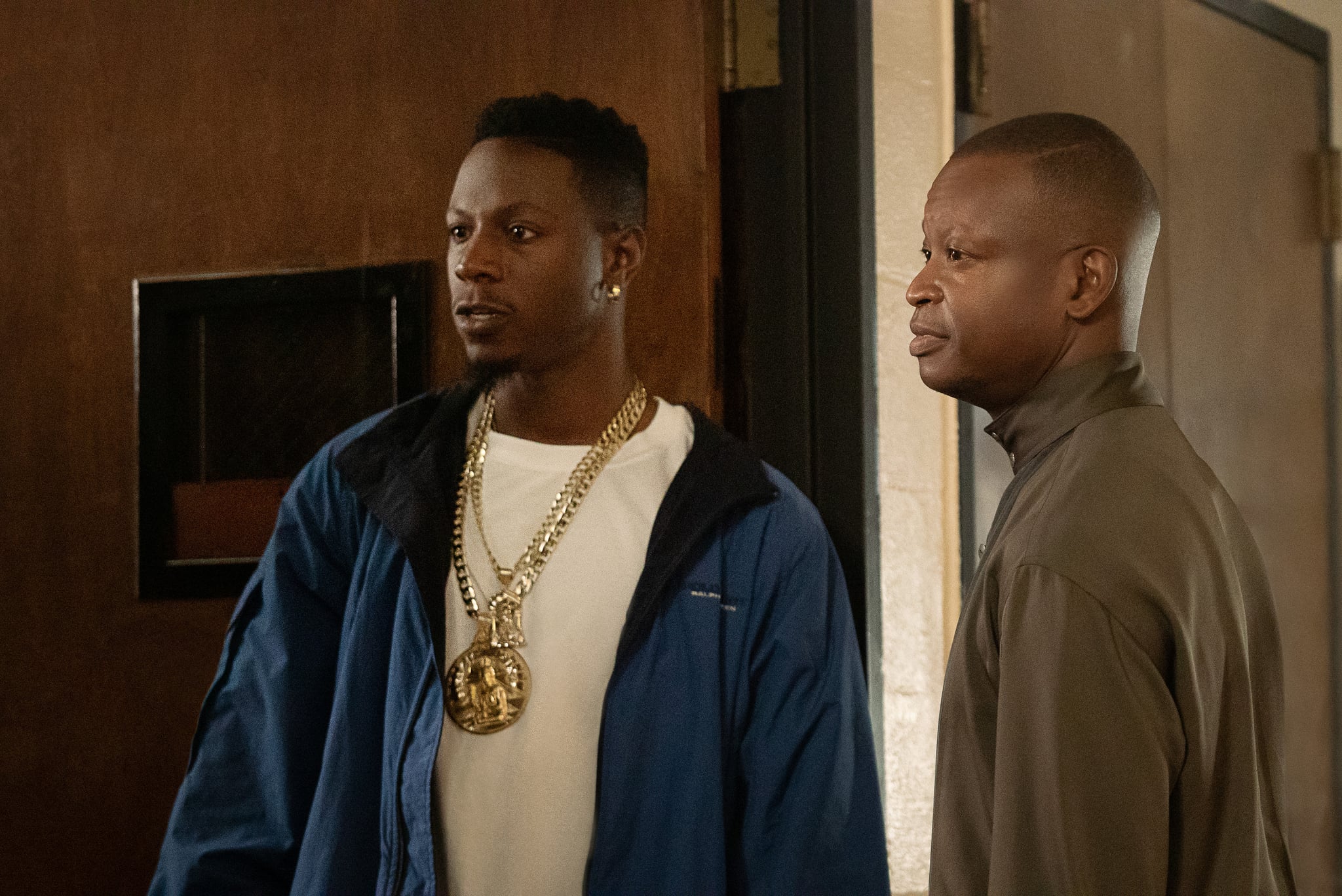 Since "Raising Kanan" premiered last summer, Bada$$ has come to embrace his character, even welcoming the comparisons he's gotten so far — from Wesley Snipes's Nino Brown in "New Jack City" to Tupac's Bishop in "Juice" and the "Paid in Full" guys (Wood Harris, Cam'ron, Mekhi Phifer). "I take all of those as compliments because I love all of those movies and characters. It's all good things, like everyone's favorite villain," says Bada$$. Similar to those iconic characters, the rapper brings his own flair to make Unique one of a kind. "[Our] style is definitely aligned, but [I'm] not too much of an antagonist in real life . . . But that charm that Unique got, that's not Unique, that come from Joey."

Related:
Kanan Stark's Story Continues as "Raising Kanan" Gets Picked Up For Season 3

"He's definitely determined to get back to where he was, and I don't think anything is going to get in his way."

Bada$$'s Unique has been one of the main antagonists propelling the action in "Raising Kanan" since day one, and according to the rapper, his villain narrative "gets amplified" in season two. "I think his mindset [now] is he gotta get back on top," he says. "He's full of resentment, definitely seeking revenge, because how could he not feel that way? Framed for something he had nothing to do with, being taken away from his family, and then his position of power being totally diminished. He's definitely determined to get back to where he was, and I don't think anything is going to get in his way."

Bada$$ adds: "With him getting out of jail, getting back on the streets, seeing all of the changes, it's no telling what he's going to do. If I was anybody else opposing him, I'd definitely keep my eye on him." It's still too early to tell what kind of trouble Unique will get into in "Raising Kanan" season two, but Bada$$ says fans can surely expect "a wild ride." "Buckle your seat belt and hold on, because it's going to be a lot of twists and turns," he promises.