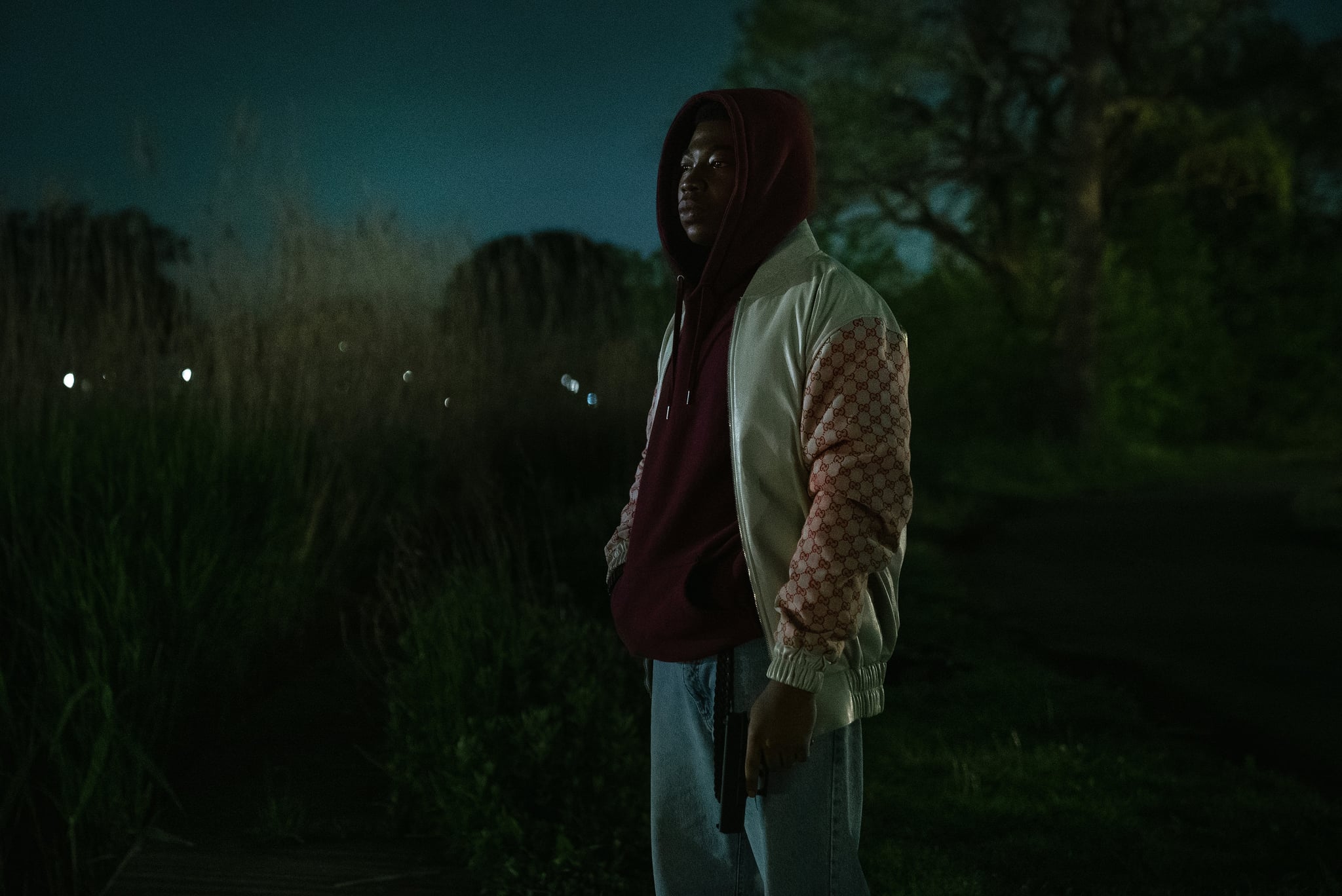 Whew! The season finale of Power Book III: Raising Kanan was explosive. Instead of tying everything up, things got even messier with Kanan (Mekai Curtis) shooting Detective Howard (Omar Epps), Unqiue (Joey Bada$$) getting arrested, and Lou-Lou (Malcolm Mays) escaping from the hospital to help out Raq (Patina Miller). Fortunately, the Starz series has already been picked up for a second season, so it won't be long until we get some clarity on everything that just went down. Seriously, we need answers! But in the meantime, let's talk about that action-packed season finale, shall we?

Related:
The Family Business Is Under Attack in the "Raising Kanan" Season 2 Trailer

After Raq manipulates Kanan into killing his biological father, she is seen proudly smoking a cigarette at the top of Baisley projects at the end of the season finale. But unbeknownst to her, Kanan didn't get actually get the job done like she believes. Because Kanan failed to follow directions and didn't shoot Detective Howard like she instructed him to ("Two shots to the body, one to the head"), Howard is still fighting for his life at the hospital and his partner, Detective Burke (Shanley Caswell), is determined to get to the bottom of everything.

During the final minutes of the episode, Burke asks Howard if he knows who shot him, but he doesn't respond. From the looks of it, it doesn't seem like Howard is going to snitch on his son, even if Kanan is the one who shot him. Perhaps he'll find a way to use this as leverage against Raq? Either way, Raq is not going to be happy when she finds out that Howard is alive and on the mend.

Why Did Unique Get Arrested?

One thing that did go according to plan, however, was Raq setting up Unique to take the fall for Howard's shooting. After Raq has Kanan shoot Howard wearing Unique's Gucci jacket, she has Juliana (Rosal Colon) serve as an eyewitness for cops, telling them she has a video of the person who shot Howard and that he's wearing that same jacket. Juliana then hands the video over to cops, and while they are looking through it, Marvin (London Brown) quickly breaks into Unique's apartment to place the incriminating jacket in Unique's closet. When Unique and his family return home, he finds the blood-stained jacket in his closet and quickly realizes that he is being set up. By that moment, it's already too late for him, as NYPD barges through the door and arrests him.

What Happened to Kanan?

Meanwhile, Raq hatches a plan to get Kanan out of town until the dust settles. With nobody else to turn to, Raq reaches out to Symphony (Toby Sandeman) and has him pick up Kanan from the bodega and drive him to Maryland to hide out. That's the last we see of Kanan, but given that the show has already been picked up for another season, we'll soon learn what the future holds for him when Howard fully recovers.