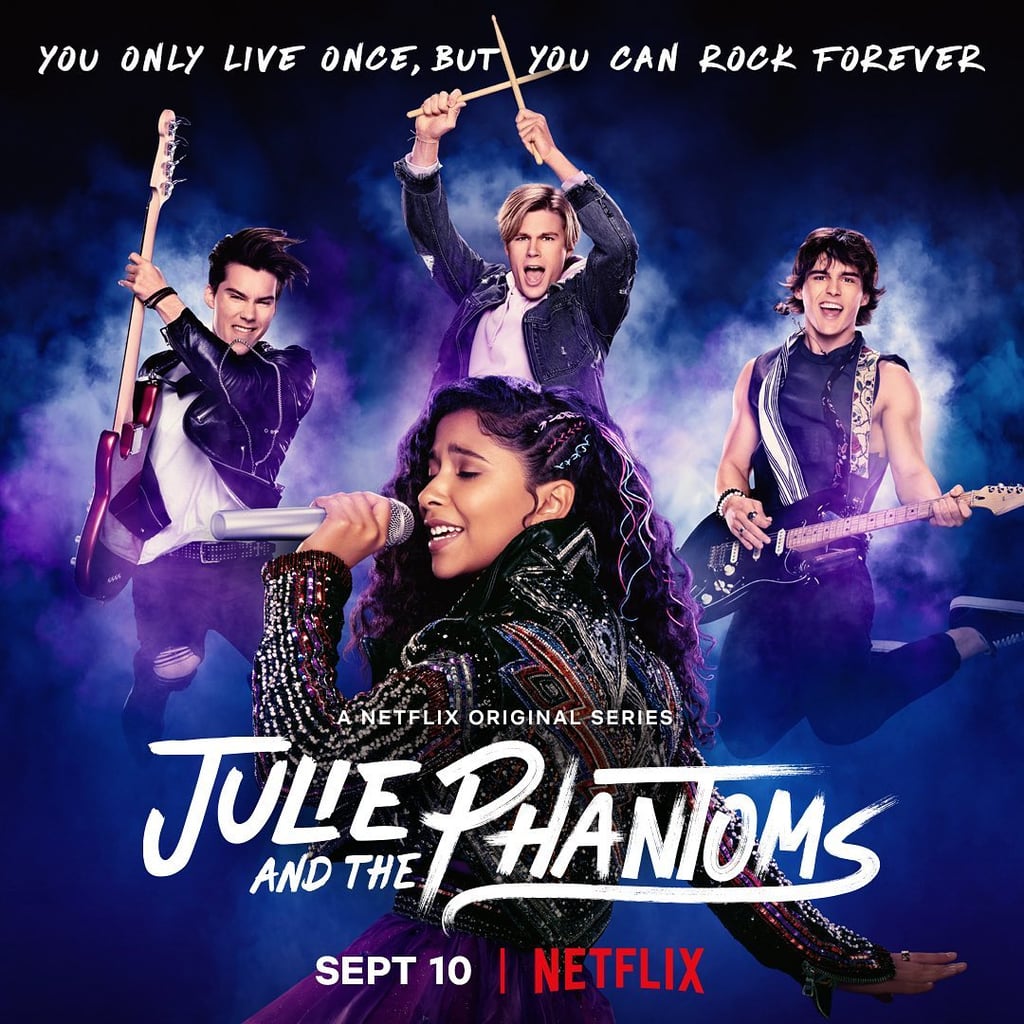 If you still remember the lyrics to nearly every High School Musical track, then you're going to want to add Julie and the Phantoms's new soundtrack to your playlist. Iconic director Kenny Ortega is back, this time with the all-new musical series on Netflix — and the songs are just as catchy.

After high schooler Julie (Madison Reyes) loses her mom, she also loses her passion for music. But when three very cute ghost pop-punk musicians (yes . . . ghosts) from the year 1995 suddenly show up in her mom's music studio, she's inspired to sing and write songs again alongside her new supernatural friends. With the formation of their new band also comes 15 fun, heartfelt original tracks featured throughout the series. Check out the full soundtrack ahead, and catch Julie and the Phantoms streaming now on Netflix!

Related:
Obsessed With the Cast of Julie and the Phantoms? Here's Where to Follow Them on Social Media
Previous Next Start Slideshow
NetflixMusicTV SoundtrackStreamingJulie And The Phantoms

Netflix
Will There Be an "Extraordinary Attorney Woo" Season 2? Here's the Deal
by Pallavi Bhadu 1 hour ago