After adapting Ta-Nehisi Coates's 2015 bestseller Between the World and Me for the Apollo, Kamilah Forbes is making her television directorial debut by turning the play into a special for HBO Max, set to air on Nov. 21. Between the World and Me is written as a letter from Coates to his 15-year-old son, in which he details his experiences growing up in Baltimore and his growing fear of daily violence against the Black community. By combining powerful performances, elements of the Apollo's production, documentary footage from the star-studded cast's home lives, archival footage, and animation, the book was reimagined during the ongoing COVID-19 pandemic — and against the backdrop of the killings of Breonna Taylor, George Floyd, Ahmaud Arbery, and countless other Black Americans across the nation.

"I hope that this provides an opportunity for people to reflect, to reckon with how we are in this world of sort of state-sanctioned violence."

"We wanted it to be an urgent response. So, the only way to do that, quite frankly, was to do a film and share it with the world," Forbes said during a phone interview with POPSUGAR on Nov. 17. "I always thought that this was sort of a love song, kind of a beautiful love letter to families, to Black families, to Black people, to Americans, to humanity. I hope that this provides an opportunity for people to reflect, to reckon with how we are in this world of sort of state-sanctioned violence. But at the same time, also revel in our joy and beauty and celebrate that all at the same time, and celebrate our resiliency as just a people and as a community."

In a statement, Jackie Gagne, SVP of multicultural marketing of WarnerMedia, added, "Between The World and Me is an incredibly poignant project — not only because Kamilah Forbes has brought the relevant, powerful, and timely work of Coates to life through the highest caliber of talent, but also because of the enormous feat involved in beautifully capturing the special under the restrictions presented by COVID. Our behind-the-scenes talent masterfully depicted an important story that we as a network are proud to tell."

In addition to an appearance by Coates himself, the special features people from all walks of Black life, including stars like Mahershala Ali, Angela Bassett, MJ Rodriguez, Janet Mock, Kendrick Sampson, Yara Shahidi, and Oprah Winfrey to activists such as Angela Davis and Alicia Garza. Forbes told me that she wanted to include people "who were really passionate about the story and the subject matter." She explained, "I wanted to make sure that there was a real diversity and mix and cross section of people, of demographics, of age, of spaces in which they traverse, so that it really does reflect this idea of a community joining forces to tell this collective story."

Between the World and Me is a product of WarnerMedia's conscious effort to increase programming from women and people of color through HBO's Power of Visibility initiative, which captures perspectives of diverse crew members. "HBO POV celebrates the skillset and personalities of the creatives who bring our shows to life," Gagne explained. "We love featuring our talent via content pieces and other experiences because it gives us the opportunity to showcase the level of expertise involved in the making of our programming, but also allows us to show aspiring creatives the myriad opportunities available to them as they hone their craft." 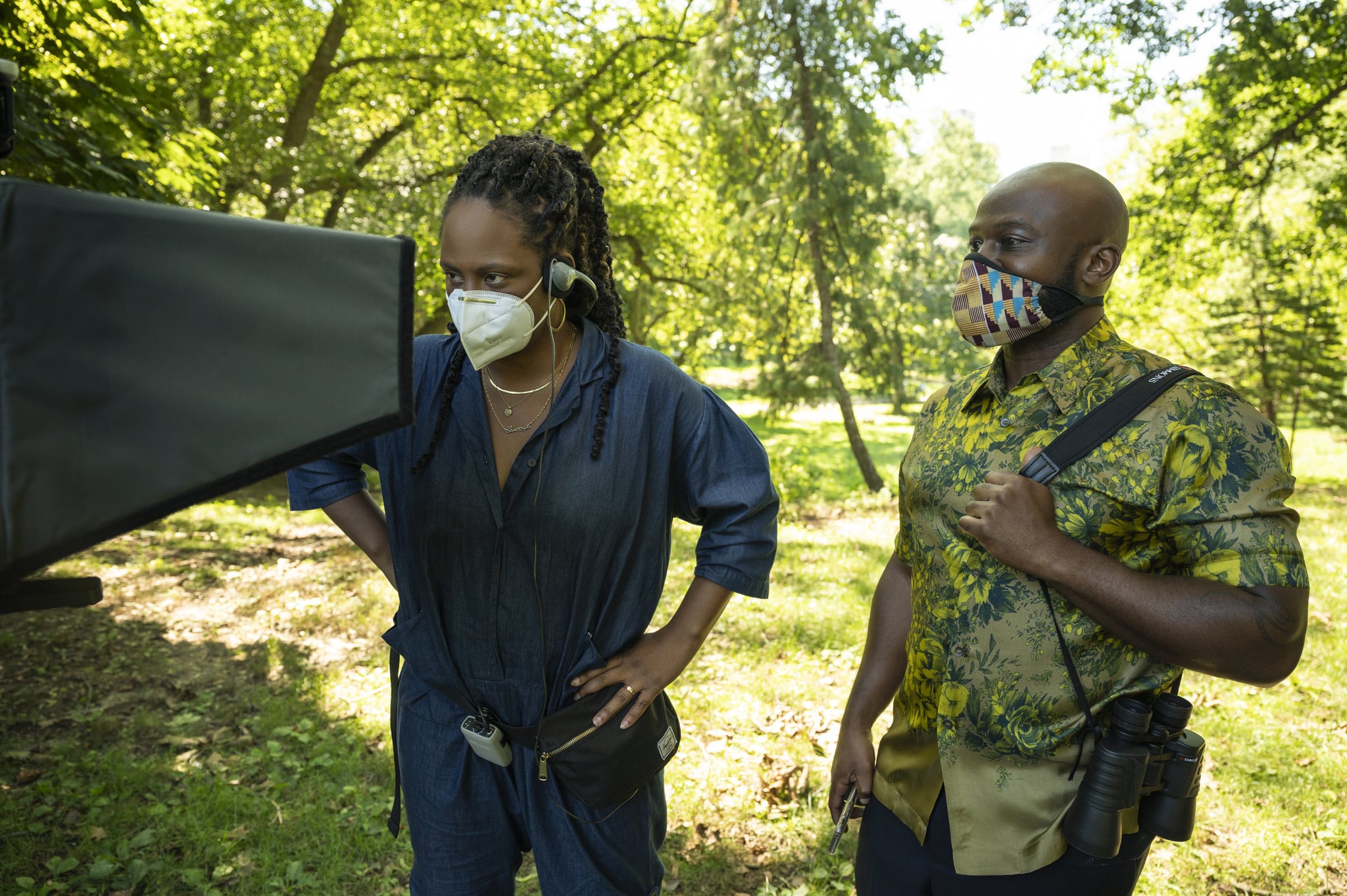 "We only get specificity and nuance when there are a variety of people and storytellers that have the opportunity to sit at the table and tell and render their own story through their own specific voice."

Being a Black woman in America, Forbes is all too familiar with the feeling of invisibility, of "always being the first to show up, but the last to be recognized," so she was very intentional with her decision to have a majority of her team for the film be women and people of color. "We had so many conversations about this when we were making hires about who they are and what they could bring," Forbes told me. "I remember looking up when we were shooting in New York with our director-photographer, Christine Ng, and I looked at her crew, and it was all women of color, I mean, primarily, and like two guys. I was like, 'What? I've never seen this before. I've never seen that before.' And I just had to applaud. Hopefully one day we'll get to a point where there's no need to applaud because that is the norm, but right now, it is extraordinary when that happens. I applaud HBO for the POV campaign and, obviously, the work that we did on our production that was symbiotic with that campaign as well."

With initiatives like HBO's POV, Forbes believes final projects can be positively affected "if you're able to bring the diversity of not only race, ethnicity, perspectives, gender, but also a diversity of thought to the table." She added, "Me, for instance, this is my directorial debut. Could there have been another director who had a million credits directing the film? Sure, but guess what? The work would be very different because it would not have my POV, which is just as valid, and my artistry." Forbes explained that initiatives like these are vital, so we are not looking at the world through "singular gazes." "And as storytellers, that's troubling, because I think the beauty of storytelling is in the specificity and the nuance," she said. "And we only get specificity and nuance when there are a variety of people and storytellers that have the opportunity to sit at the table and tell and render their own story through their own specific voice, through their own specific lens."

So, what's next for Forbes? She's hoping to "potentially build stronger ties" with HBO and the Apollo. "Apollo has an education campaign called Apollo Theater Academy, which really focuses on training on people, high school age, on jobs behind the scenes of arts and entertainment and culture. And we're hoping to be in more alignment with HBO and their POV campaign in regards to the training of our young people and the next generation of storytellers in our midst," she said. "I'm hoping to be more involved internally with HBO and in that initiative as well."

Well, I certainly can't wait to see what Forbes does next! In the meantime, make sure to check out Between the World and Me when it hits HBO MAX on Nov. 21, as well as the official podcast, which debuts on Nov. 23 with executive producer Susan Kelechi Watson.

HBOMoviesBetween The World And Me