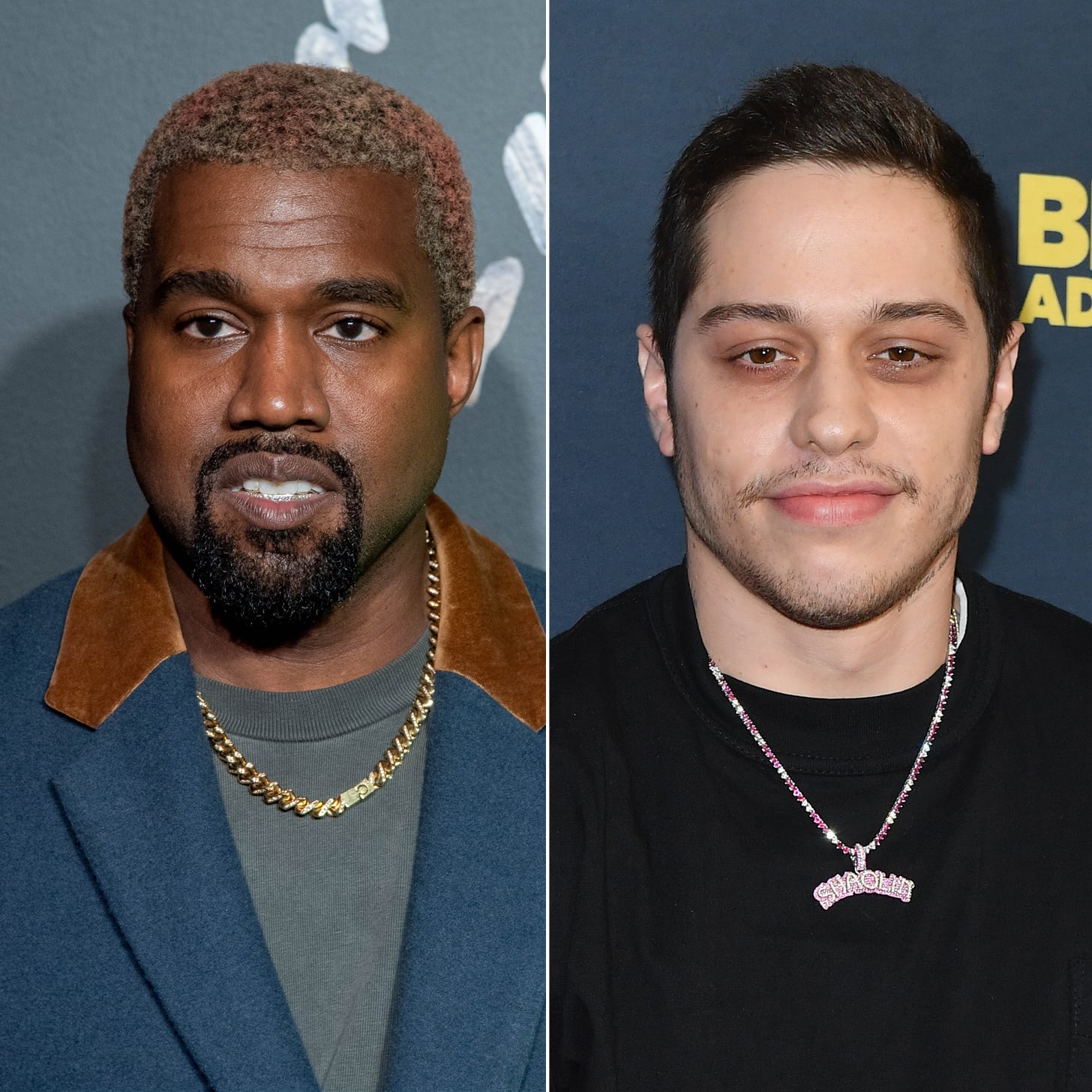 Kanye West is making it crystal clear about how he feels about his estranged wife Kim Kardashian's new boyfriend, Pete Davidson. In a new track titled "Eazy," the rapper calls out the Saturday Night Live star and he doesn't, um, mince his words. "God saved me from that crash / Just so I can beat Pete Davidson's ass," he raps, referencing his nearly fatal car accident two decades ago.

Earlier this week, Kardashian and Davidson were spotted making out during a date night involving pizza and a trip to a local Rite-Aid pharmacy for some ice cream. Meanwhile, West has recently started dating actress Julia Fox. The pair were seen partying with Madonna, Floyd Mayweather, and Antonio Brown. "Went to dinner with Julia to talk about my movie and some other folks showed up…………………😎🎥🎬" Madonna captioned the photo dump on her Instagram.

In the leaked snippet of "Eazy" featuring The Game, West also expresses his frustration with how his four children, North, Saint, Chicago, and Psalm, are being raised. "I got love for the nannies, but real family is better / The cameras watch the kids, y'all stop takin' the credit," he raps, before adding, "Boujee and unruly, y'all need to do some chores/ Rich ass kids, this ain't yo mama's house."

The new diss track comes just days after West was named as a suspect in a criminal battery investigation for allegedly punching a fan.