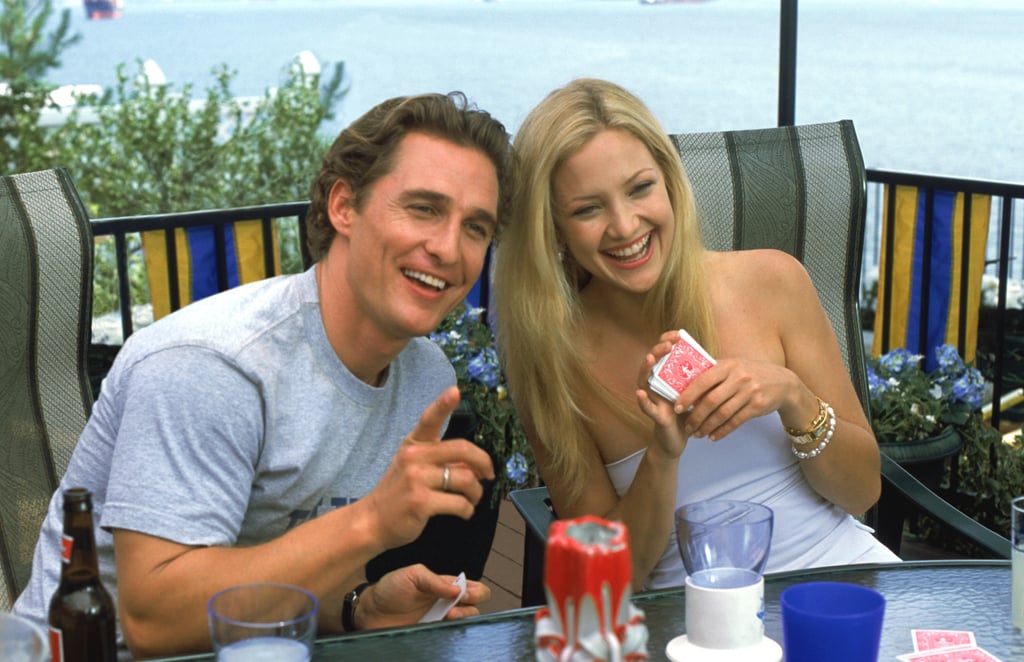 It's been 17 years since Kate Hudson and Matthew McConaughey made us swoon with their romantic comedy How to Lose a Guy in 10 Days, and we're still in love with the film. Apparently so is Hudson, who opened up about her appreciation for the iconic flick in an interview with Elle magazine. When asked if it's fun revisiting memories from the movie, the 41-year-old actress responded, "It is! It was a very different time of making movies. People like me and Matthew, I feel like we were the last class of actors that really experienced the old school Hollywood process of making movies. It was a special time."

Hudson then shared whether or not she thinks Andie and Ben's notorious love fern would survive in quarantine. "I mean, I hope so!" she said. "I've always thought about what Matthew and I's characters would be now, if we were still together. It's actually probably a good amount of time [that has passed] to make a movie about it. We probably would have gotten married with kids. We're probably miserable right now!" (Although that "miserable" remark kind of hurts, she might be on to something! This actually sounds like a solid premise.)

But Hudson doesn't believe it'd be all that bad. "But I think Andie Anderson is ambitious, and she was wanting to go places, and she was sort of stuck in this job," she added. "I loved what we created with that movie. And she found love that would support her ambitions. Andie would probably be running something at this point."

Well, it's good to know even Hudson still thinks about what a sequel would look like and imagines Andie being a badass boss. Hopefully, we'll get some fun references to her character in the upcoming How to Lose a Guy in 10 Days Quibi remake. The reboot's cast and release date haven't been revealed yet, but while we wait, revisit some of the cutest moments from the film ahead!

Related:
22 Moments You Still Love From How to Lose a Guy in 10 Days
Previous Next Start Slideshow
Kate HudsonMatthew McConaugheyElleHow To Lose A Guy In 10 DaysMoviesCelebrity InterviewsCelebrity Quotes