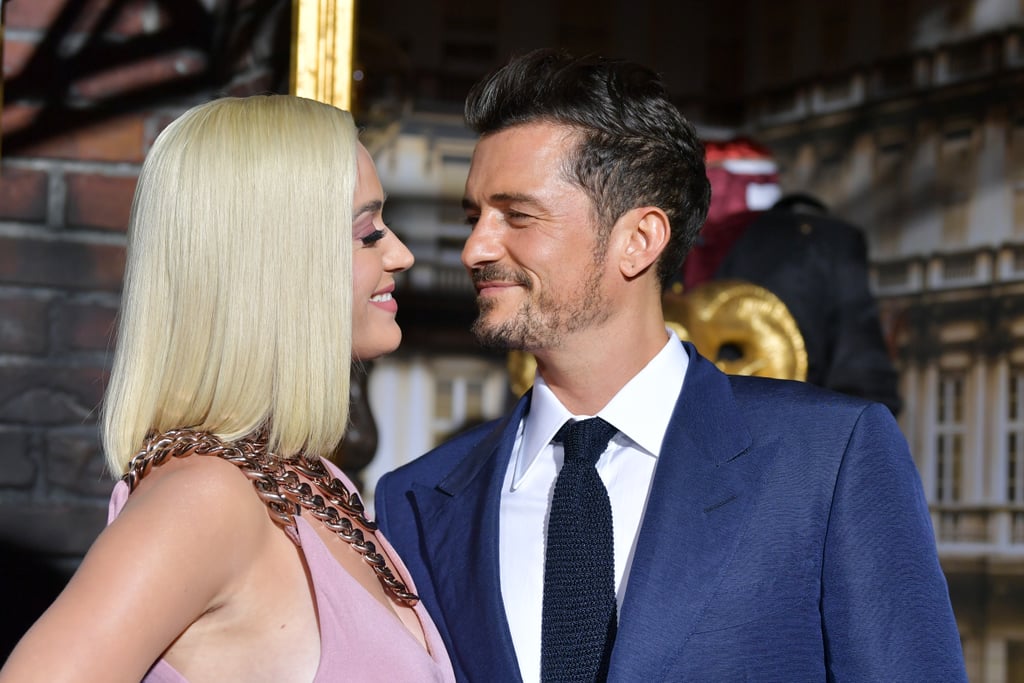 Katy Perry is celebrating the release of her sixth studio album, Smile, and naturally, fans are dissecting every lyric, looking for references to her fiancé Orlando Bloom. And spoiler alert: there are quite a few. While we already knew that "Never Worn White" was likely inspired by their relationship, there are a few other ballads that dive into the ups and downs of their relationship, specifically "Champagne Problems."

Perry and Bloom have been dating on and off since 2016, and got engaged in February 2019. Most recently, they welcomed their first child together, a baby girl named Daisy Dove Bloom, who joined Orlando's 9-year-old son Flynn from his previous marriage to Miranda Kerr. Ahead, see all the songs Perry has written about her relationship to Bloom.