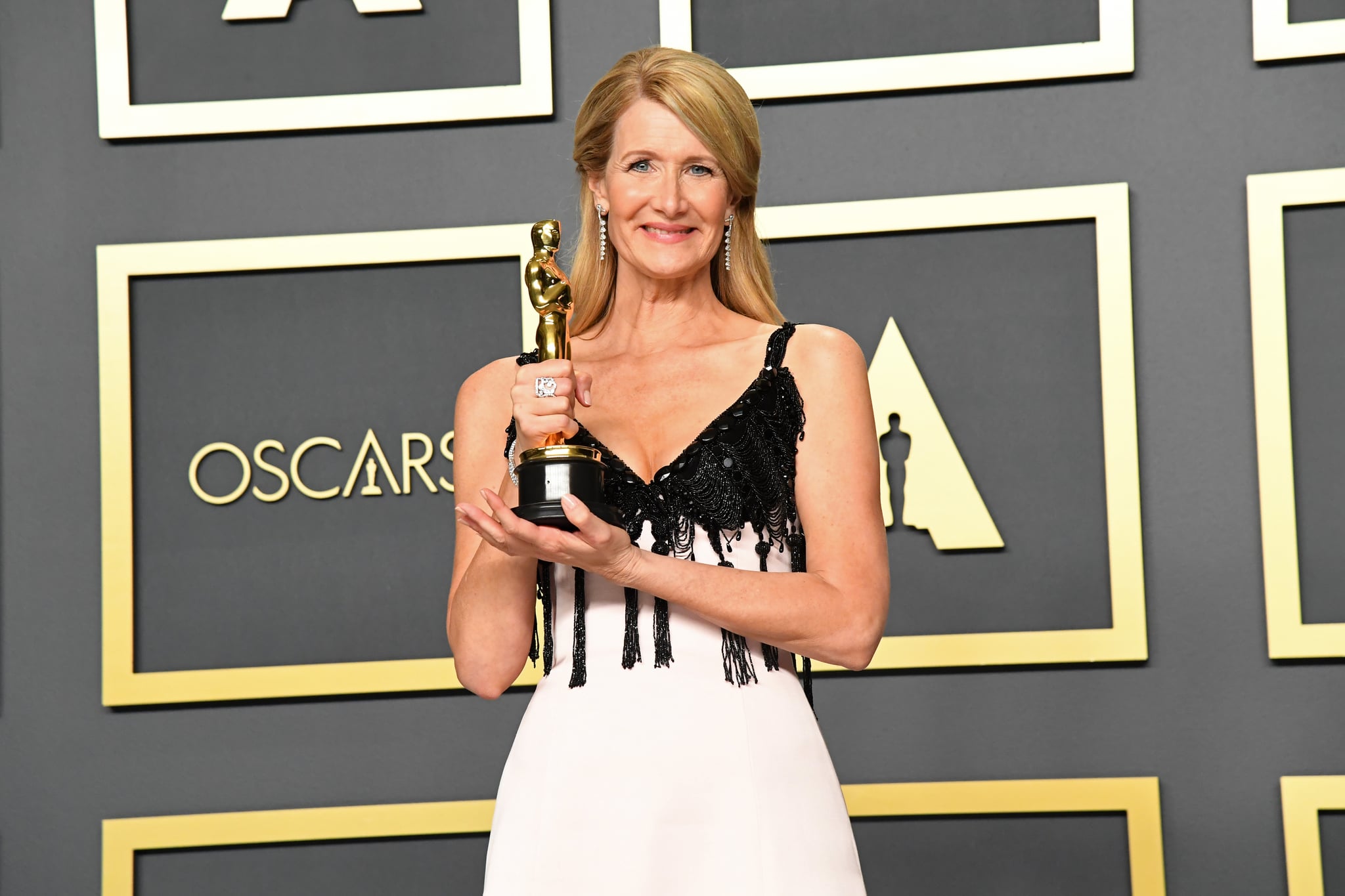 Marriage Story's Laura Dern won the best supporting actress Oscar at Sunday's Academy Awards. But as the daughter of Oscar-nominated actors Bruce Dern and Diane Ladd, she knows this victory didn't come without a lot of hard work. She also doesn't believe that either this role, as a feisty and cutthroat Los Angeles divorce attorney, or her work as a determined tech CEO in the HBO miniseries Big Little Lies would have been possible just a few years ago.

"You know, I have been blessed in this year to have extraordinary roles," Dern told reporters backstage at the Oscars. "They said, 'Wow, this year you're playing powerful women versus, you know, complicated, indigent addicts.'" She said that's "because there are women in positions of power to play now. But five years ago, I probably wouldn't have gotten to play a leading divorce lawyer or a CEO of a major tech company because they weren't in those positions."

Dern added that "there are many more exciting roles to play, and the future generations are going to be the ones that lift us up and show us because they know it's their role, not because they are going to ask for permission."

Does Dern have any suggestions for how Hollywood can become more inclusive?

"When we say, 'Use our voice,' we are talking about us — each other — in whatever industry we are in," she said. "We have power to say something. And when we don't see our culture reflected around us, we get to say something. And I think that's the biggest shift we've seen in the last couple of years is voices matter, and a community of voices rallying around the truth really matter in journalism, in this industry, and in many others."

In regard to the lack of women in this year's Academy Awards directing category, Dern didn't hesitate to say that "if I could give this Oscar to Greta Gerwig, I would do it right now." In addition to referencing the director of her other Oscar-nominated film, Little Women, Dern also praised the work of The Farewell's Lulu Wang and Honey Boy director Alma Har'el.