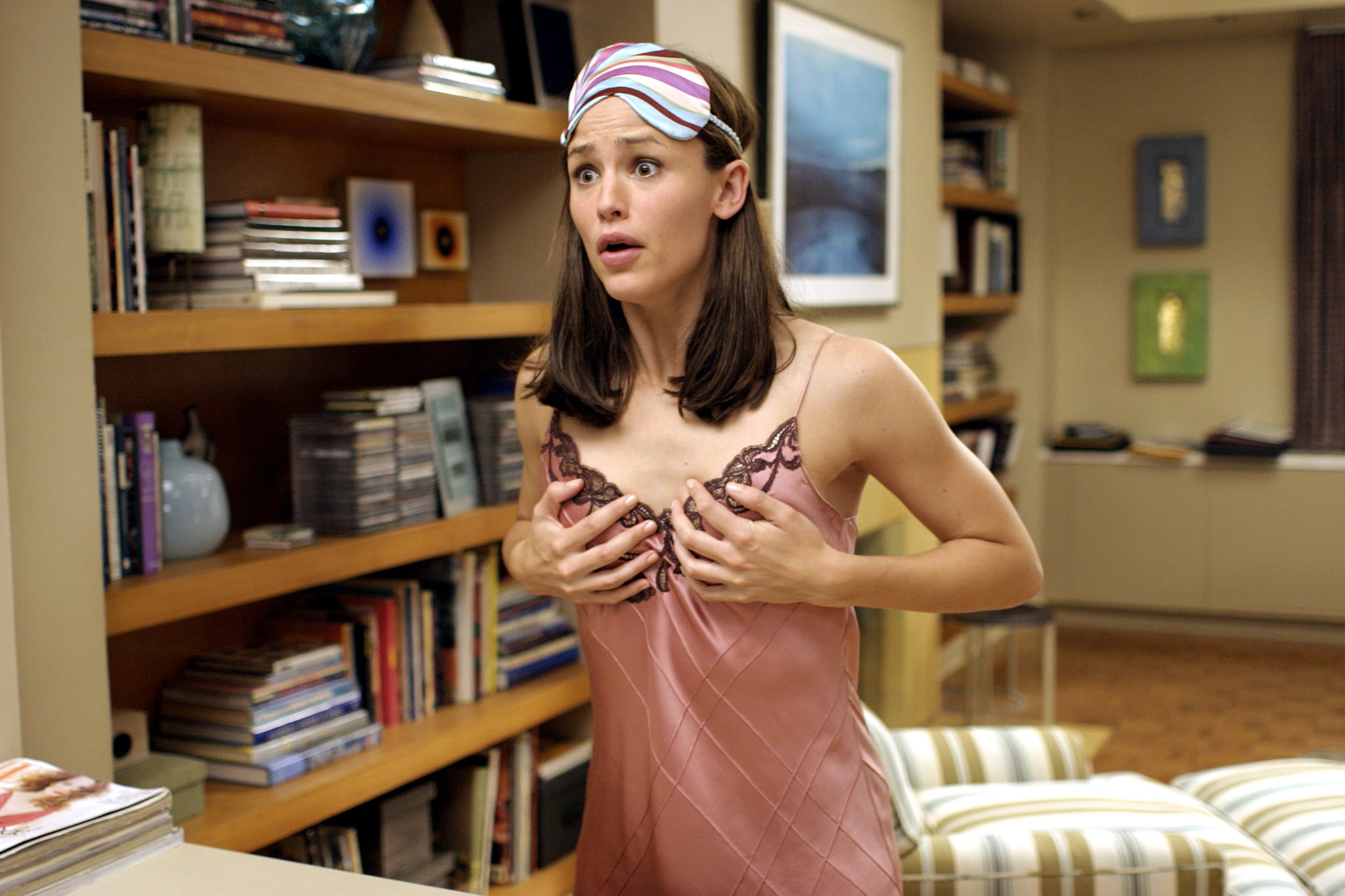 The first time I watched 13 Going on 30, I would've been roughly 11 years old. Of course, it struck me in all the ways that a rom-com should — it was cute, endearing, and heartfelt. But now that I'm watching it as a 24-year-old, there's something sweetly nostalgic that makes it resonate much more than when I was a child. Jennifer Garner is perfect in the role as Jenna, a naive but incredibly lovable character who wakes up in the body of a 30-year-old but with the maturity of a 13-year-old. Mark Ruffalo — perfect, unproblematic, adorable Mark Ruffalo — plays Jenna's best friend/future love interest, Matt. (And a young Brie Larson has a cameo as a Six Chick, which is just . . . LOL). Honestly, the two leads are perfect and really bring the whimsical story to life. More than anything, however, 13 Going on 30 is a film that has many thoughtful lessons and moments that serve as a sweet reminder of what's really important in life and how sometimes it's all too easy to lose touch with these priorities.

OK, so we've established that it's a great film. Let's narrow down some of its best aspects.

The "All That Glitters Is Not Gold" Theme Is Timeless

One of the most obvious themes in the film is the idea that Jenna gets every single thing she ever wanted, yet learns that it's not all its cracked up to be. When she wakes up as a 30-year-old, she has an athlete boyfriend, an amazing apartment, all the clothes (and shoes!) she could ever dream of, and of course, her dream job as an editor at Poise. Through all of her confusion about waking up in this completely unfamiliar body, Jenna nonetheless is thrilled about her new life. It's everything she'd ever dreamt of — which is only confirmed further when she tracks down her old BFF, Matt, who now lives in Brooklyn and works as a photographer. Unbeknownst to Jenna, she and Matt had a huge falling out and haven't been friends for years. Of course, as time goes on, the two really fall for each other. Jenna realizes more and more that this glamorous life as an editor is actually filled with betrayal, backstabbing, and truly ruthless behavior — something that her 13-year-old mind has trouble grappling with. She realizes more than anything that all she really wants is Matt, but he's engaged to someone else. It's too little, too late. Or so we think.

Genuine Kindness Is Something That Is Prioritized

As Jenna pieces together her adult life, we come to find that she isn't such a great person. She seldom visits home and opts to go to St. Barts during the holidays instead of spending them with her parents. She's having an affair with the husband of a woman with whom she works with, she stole a fellow Poise employee's idea and then fired them, and she was secretly feeding tips to Poise's biggest competition, Sparkle. Even just in the way Jenna's poor assistant fears that she'll be fired at any moment shows that Jenna was pretty damn ruthless. However, we see her completely transform in the film. Obviously, Jenna doesn't remember anything about her adulthood, or how she came to be the person she is. Regardless of the mistakes she'd made before, Jenna is actively much nicer to people and wants to make amends. She does so with Matt, her parents, even her assistant — and by the end, Jenna is fully aware of how much she had been prioritizing the wrong things. She learns that you don't have to cut throats to be successful; you can be wholesome, honest, and real.

Obviously, Jenna's biggest dream is to be 30 and skip over all of the awkwardness that she's been going through. So when her wish comes true, she effectively skips through her formative, adolescent years and is thrust right into full-blown adulthood. It's relatable to wish you could simply fast forward to a different, more fruitful time in your life. (I think that any struggling 20-something like myself can DEFINITELY attest to that). But the film highlights the importance of living in the moment and being grateful for what you have, when you have it. Jenna needed to want Matt in her 30s (but not be able to have him) to fully appreciate him. She needed to see how cruel her dream life was to realize that it may not be what she wants after all. She's so desperate to skip forward and be "30, flirty, and thriving," but to get the most out of life, you can't fast forward whenever you please. The good, the bad, the ugly — it's crucial that we take all experiences in stride and learn from them, mature from them. More than anything, this lesson resonated with me upon rewatching it in present day.

There are so many reasons to love 13 Going on 30, but the ones highlighted above are some noteworthy things I picked up. If you've never seen it before, I highly recommend that you do — it's a genuinely sweet, charming, and funny film. The cast is great, and it's a whimsical and nostalgic trip down memory lane.