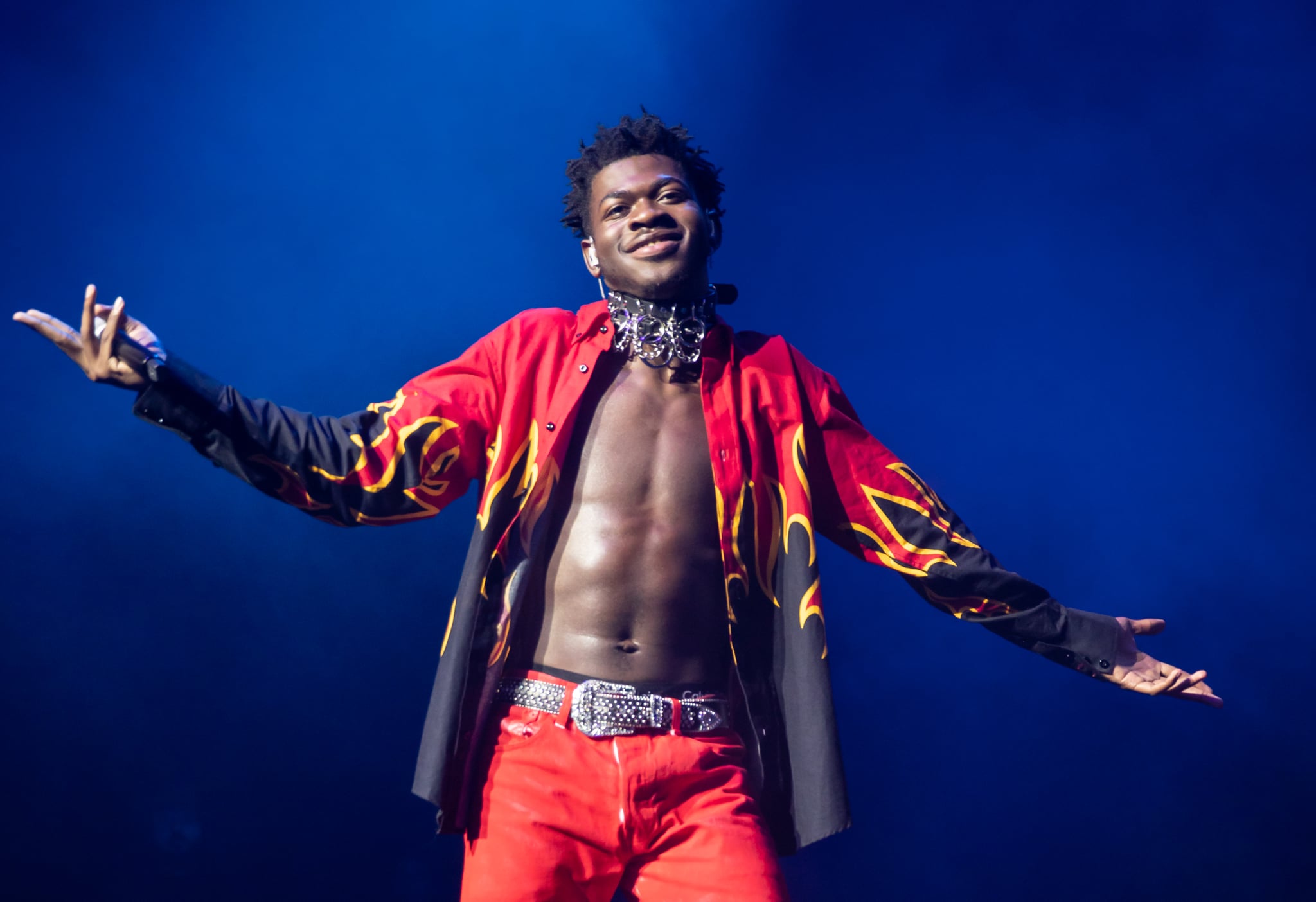 Image Source: Getty / Miikka Skaffari
It seems every time Lil Nas X is unapologetically queer — especially when he's clearly having the time of his life — people react as if the world is near a societal collapse. The latest culprit in widespread uproar is the multiplatinum artist's video for "MONTERO (Call Me By Your Name)," and the accompanying MSCHF Nike collaboration. From Christian pastors saying he's going to hell to the governor of South Dakota being worried about the eternal souls of his fans, everyone had something to say about Lil Nas X's racy video and his latest merch, which includes a drop of human blood. The 21-year-old rapper, however, didn't waste any time in letting his detractors know just how he felt about their misplaced anger — particularly when there are much more important things going on in the world.

"There is a mass shooting every week that our government does nothing to stop. Me sliding down a cgi pole isn't what's destroying society," Lil Nas X tweeted after a Twitter user called the video a "sick and depraved attempt to destroy our society." It's no secret at this point, that whenever Black artists embrace their sexualities in music videos, it's viewed as if society has lost its way. By highlighting the shortcomings of the government, Lil Nas X was able to shift the conversation towards things that actually matter.

Lil Nas X was also quick to point out just how ridiculous the "end of times" notion surrounding the video was. "Y'all saying a gay n*gga twerking on a cgi satan is the end of times like slavery and the holocaust didn't happen," he tweeted a day after the video's release on Mar. 25. "We are in a pandemic and y'all are going on day 5 of being mad at a gay n*gga who don't do none but tweet all day," he added on Mar. 29.

The fact that there are people dying and public figures can't get over a music video proves that society is just as messed up as they think, it's just not Lil Nas X's fault. That said, here is the "MONTERO (Call Me By Your Name)" video again, for your viewing pleasure.