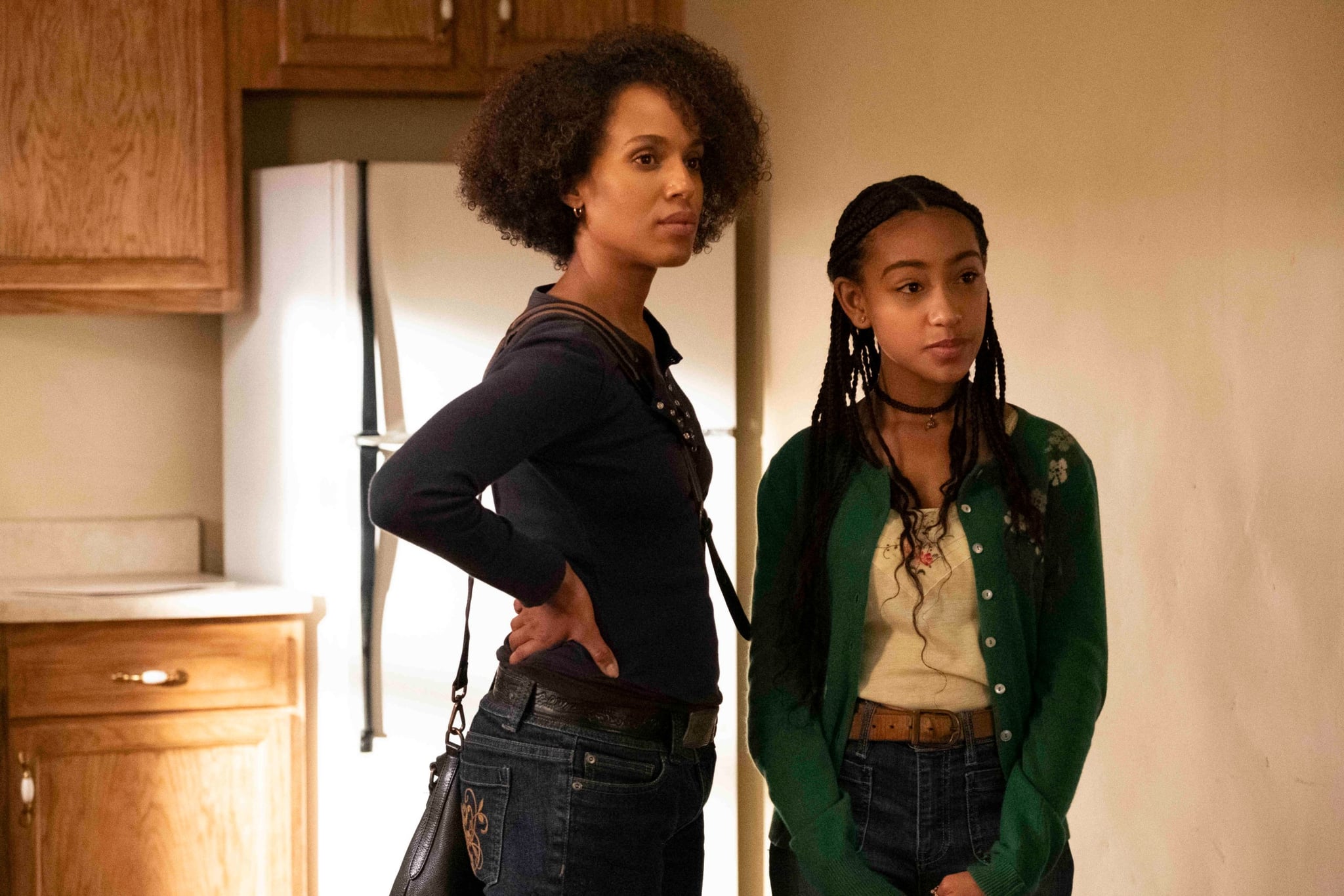 Kerry Washington delivers a powerfully passionate performance on Hulu's Little Fires Everywhere as Mia Warren, the mysterious artist who enters the Richardsons' lives. While the streaming service has released just the first three episodes, we've already seen Mia's secretive behavior as she deals with the posh family in Shaker Heights. The reveal about Mia's past is a slow burn in Celeste Ng's novel of the same name. If you're curious to learn about who Mia is, we'll light a candle to all of her secrets as they emerge in the book.

From what we know so far in the TV adaptation, Mia is an artist who's frequently on the road with her daughter, Pearl. She's tentative about letting too many people into her life, really only opening up to Pearl. But even Pearl doesn't know everything about Mia. She doesn't know, for example, who her own father is. So who is Pearl's father? The story is pretty complicated.

In the book, Elena Richardson discovers that while Mia — then Mia Wright — was in art school, she came across Joseph and Madeleine Ryan, a wealthy couple in New York who wanted her to be a surrogate for them. On the subway, Joseph was curious about Mia because she looked exactly like his wife. His family offered her a huge sum of money to take Joseph's sperm, and eventually, she said yes because she needed the money for school.

Things took a turn when Mia's younger brother, Warren, died in an accident during her pregnancy. When Mia came back to her family, her parents expressed disappointment in her decision to sell away her kid. Distraught, Mia told the Ryans that she'd had a miscarriage, giving them money for her appointments before leaving for San Francisco, where she gave birth to Pearl. She and her daughter then lived on the road making ends meet, adopting her brother's first name as their surname. At the end of Little Fires Everywhere, though Mia hasn't made contact with anyone from her past, she suggests that Pearl could meet her father and grandparents one day. Will the series have more secrets to unveil about Mia? We wouldn't doubt it!