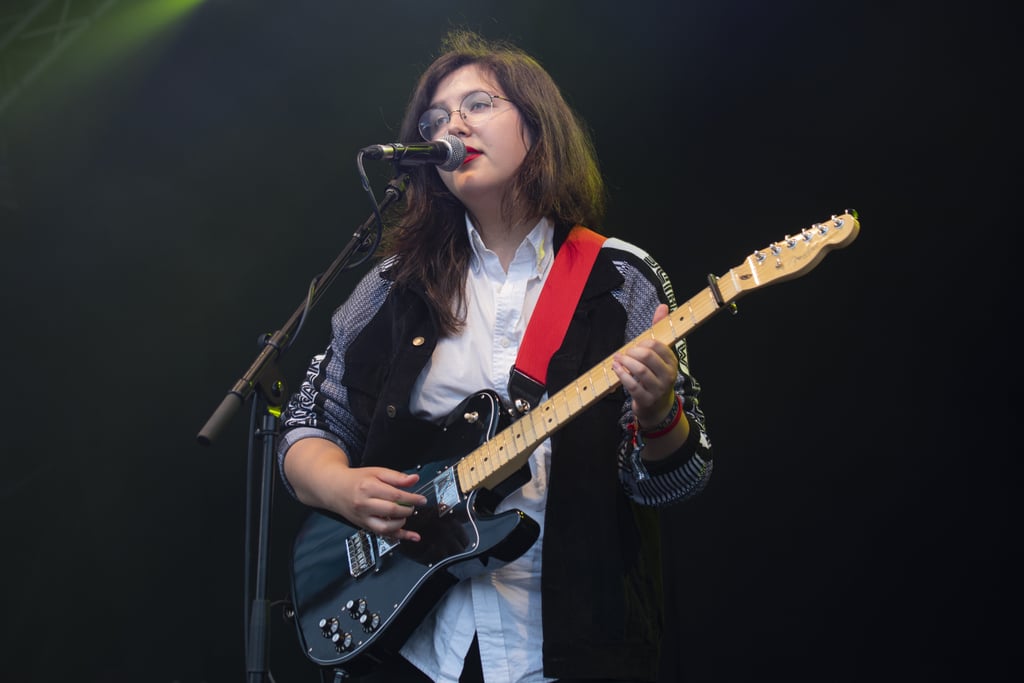 If You're Not Familiar With Lucy Dacus's Indie-Rock Sound Yet, This Playlist Is For You

Lucy Dacus has come crash landing into the soundtrack of our lives, and the ricochet of moody guitar riffs against our eardrums is worth every ounce of heartbreak in her lyrics. A mix of indie love songs and angsty rock ballads, Dacus's music takes an introspective approach to songwriting, radiating a bittersweet energy that's left us wistful for more. Fans of Phoebe Bridgers and Julien Baker will know her as one third of rock supergroup Boygenius, but the 26-year-old solo artist has also released two albums of her own: 2016's No Burden and 2018's Historians.

On June 21, Dacus performed her single "Brando" on Jimmy Kimmel Live!, a song that reminisces on happy memories of black-and-white movies and captures the space left between words when a relationship has come to an end. From poetic songs like this to ominously beautiful songs like "Thumbs," you know you're in for something good if she's in your queue. Ahead of the June 25 release of her third studio album, Home Video, which is inspired by the formative experiences of her coming-of-age years, we've rounded up some of Dacus's best songs and most impressive covers from all genres.

Identity
The State of Reggaeton Music Today — in Conversation With Paopao, Katelina Eccleston, and Jesús Triviño
by Charisandra Perez 4 hours ago

by Pallavi Bhadu 9 minutes ago