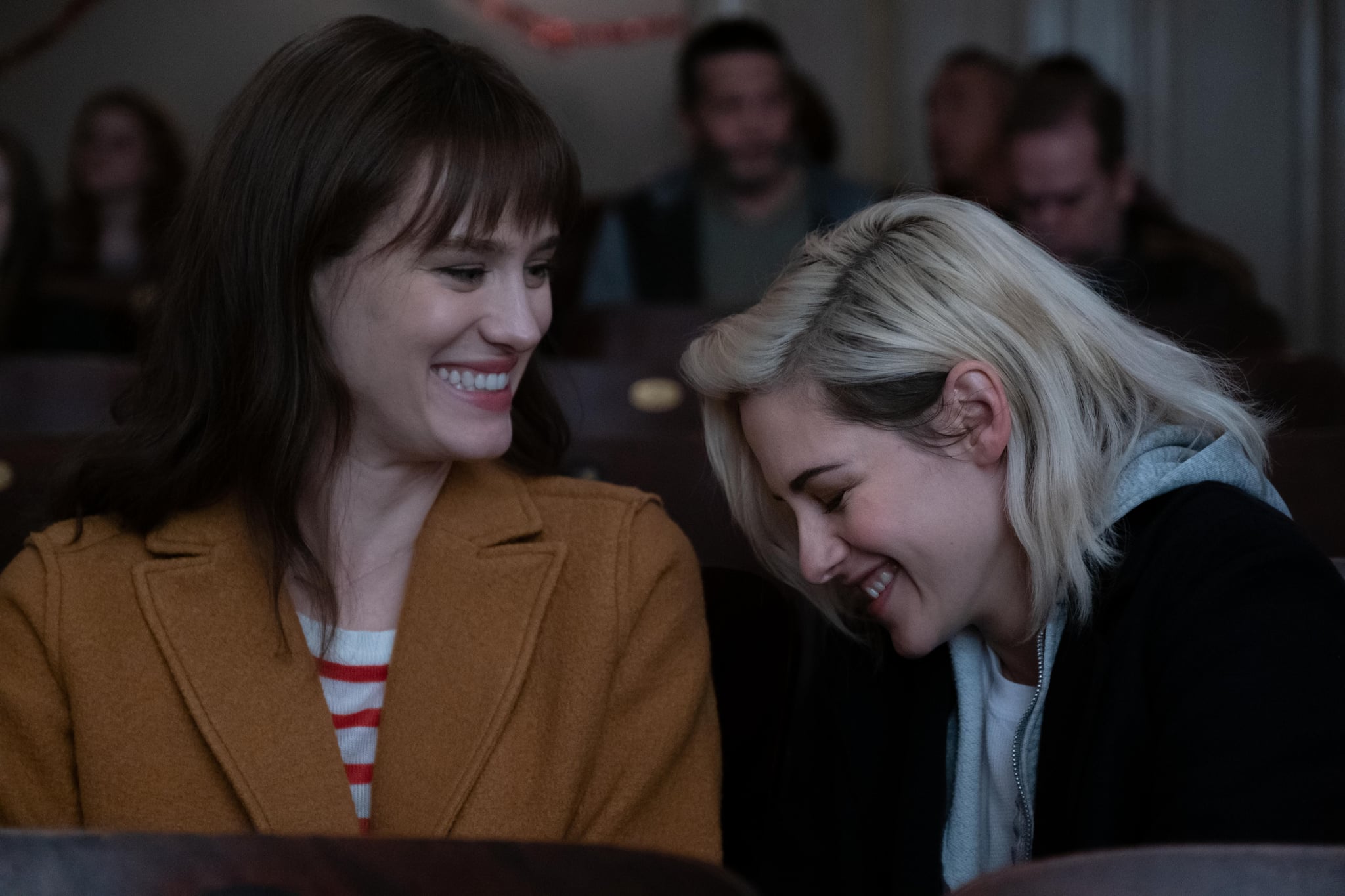 With the recent uptick in holiday films featuring LGBTQ+ characters, including Lifetime's The Christmas Setup, Hallmark's The Christmas House, and Hulu's Happiest Season, it seems Hollywood is finally shirking the "bury your gays" trope, at least when it comes to the holidays. Previously, a movie like Happiest Season, which sees Abby going home with her girlfriend, Harper, for the holidays only to learn that Harper hasn't come out to her family, likely wouldn't have had a happy ending. Instead, actress Mackenzie Davis, who stars as Harper, was able to be a part of a film that is not only groundbreaking but also a warm and lovely film she could be proud of.

"I felt nervous, especially for the big coming-out scene, to really imbue it with respect and weight."

When it came to starring in Happiest Season, it seems timing was on Davis's side. "I had just finished shooting Terminator, and I was very tired. I just couldn't imagine how I would ever work again or how my body would move again," she told POPSUGAR. "Then [Happiest Season] came up and I loved the script, the story, and couldn't believe that Sony was making a queer Christmas romantic comedy. I just heard how wonderful [writer and director] Clea [DuVall] is. And then of course I wanted to work with Kristen [Stewart] because she's incredible. So they checked all the boxes for me." For Davis, it wasn't just about the tonal shift between projects. She also had concerns about being a straight actor in a movie about a queer experience she hadn't gone through.

"I spent a lot of time on Reddit reading other people's coming-out stories and trying to get sort of a wide variety of experiences," she revealed in regard to how she prepared for the role. She also spoke to DuVall, Stewart, and friends who had been through similar experiences. "I can only understand it through creating a metaphor to my own life. I felt nervous, especially for the big coming-out scene, to really imbue it with respect and weight." When watching the movie, you can feel her dedication to bringing the most authentic portrayal to life. Beyond this, her chemistry with Stewart shines through in even the smallest moments, giving Abby and Harper's relationship a real depth. 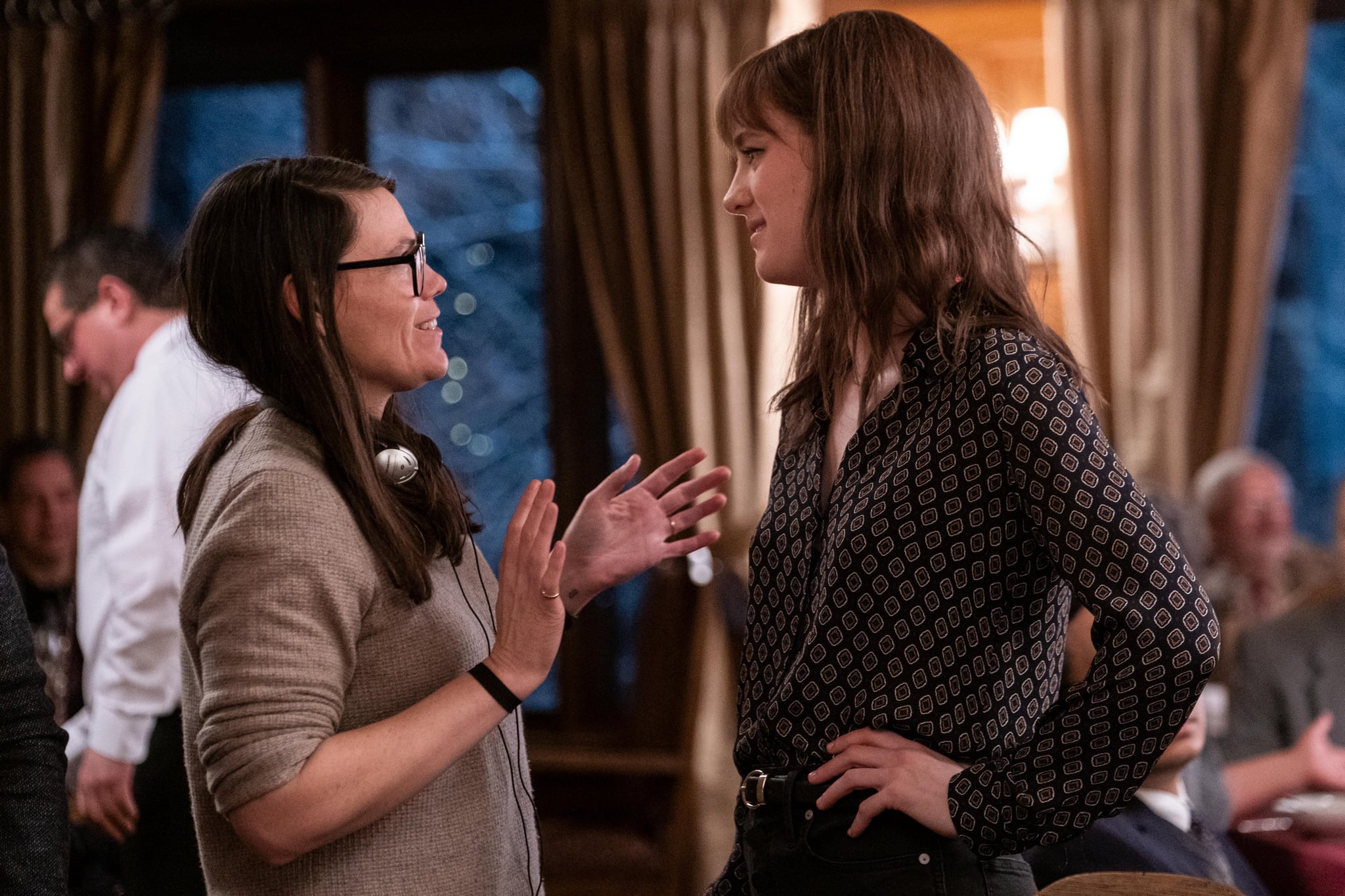 Davis said it best on hoping for chemistry with your fellow actors. "You can pretend to be in love with somebody that you're not in love with or pretend to like somebody that you don't like working with to get it done," she shared with POPSUGAR. "But there won't be this other thing that's like, 'Oh, I always feel excited around this person and I want to know what they think about this thing or I can't wait to tell them this thing.'" And she owes a bit of it to luck and a bit of it to DuVall's expert casting. "Every day going into set, I felt buzzed. Like I was sort of high every day on everybody's energy. I couldn't wait to talk to everybody, and I was just laughing all the time, but also respected what everybody was doing so much." This high energy and respect translate on screen into a believable family unit who you'll want to both laugh and cry with throughout the ups and downs.

"You kind of can't account for the forces in somebody's life that keeps them in the closet for that long."

There are times throughout Happiest Season when you'll question whether Harper truly deserves Abby. This is a testament to Davis's work as an actor and just how caught up you'll be in her character's story. "I think there are times watching the movie where I'm like, 'Oh God, you're a villain!,' but Abby is a very understanding girlfriend. Clea always saw Harper's experience and point of view so clearly and so empathetically," Davis said. "I think her point is sort of articulated in that exchange that Abby and John have about different coming-out stories, that you kind of can't account for the forces in somebody's life that keeps them in the closet for that long." Just like life, Happiest Season shows both the good and the bad. It also sheds light on the fact that even when you think you truly know someone, you still might not understand what they're going through. "You want to just be frustrated with them, and you want to yell at them to be braver and bolder. I felt that way with Harper sometimes," Davis added.

This has been a stressful year, and Davis hopes Happiest Season can be a source of enjoyment and release for audiences. However, the importance of the film isn't lost on her. "We've been talking about how important it would be to have this type of movie reflecting a same-sex love story growing up. I think it's also true of all of the heterosexual kids out there, to be seeing this story between these two women on screen and having it be a part of the fabric of mainstream entertainment," she said to POPSUGAR. "It's a leveling of the playing field, showing this other version of love in addition to the only one that we're ever told about." Happiest Season is a fantastic film that more than earns its place with beloved holiday rom-coms like The Holiday and Love Actually. Hopefully, this is just the beginning for representation, and these kinds of love stories will become the norm. Happiest Season premieres on Hulu on Nov. 25.