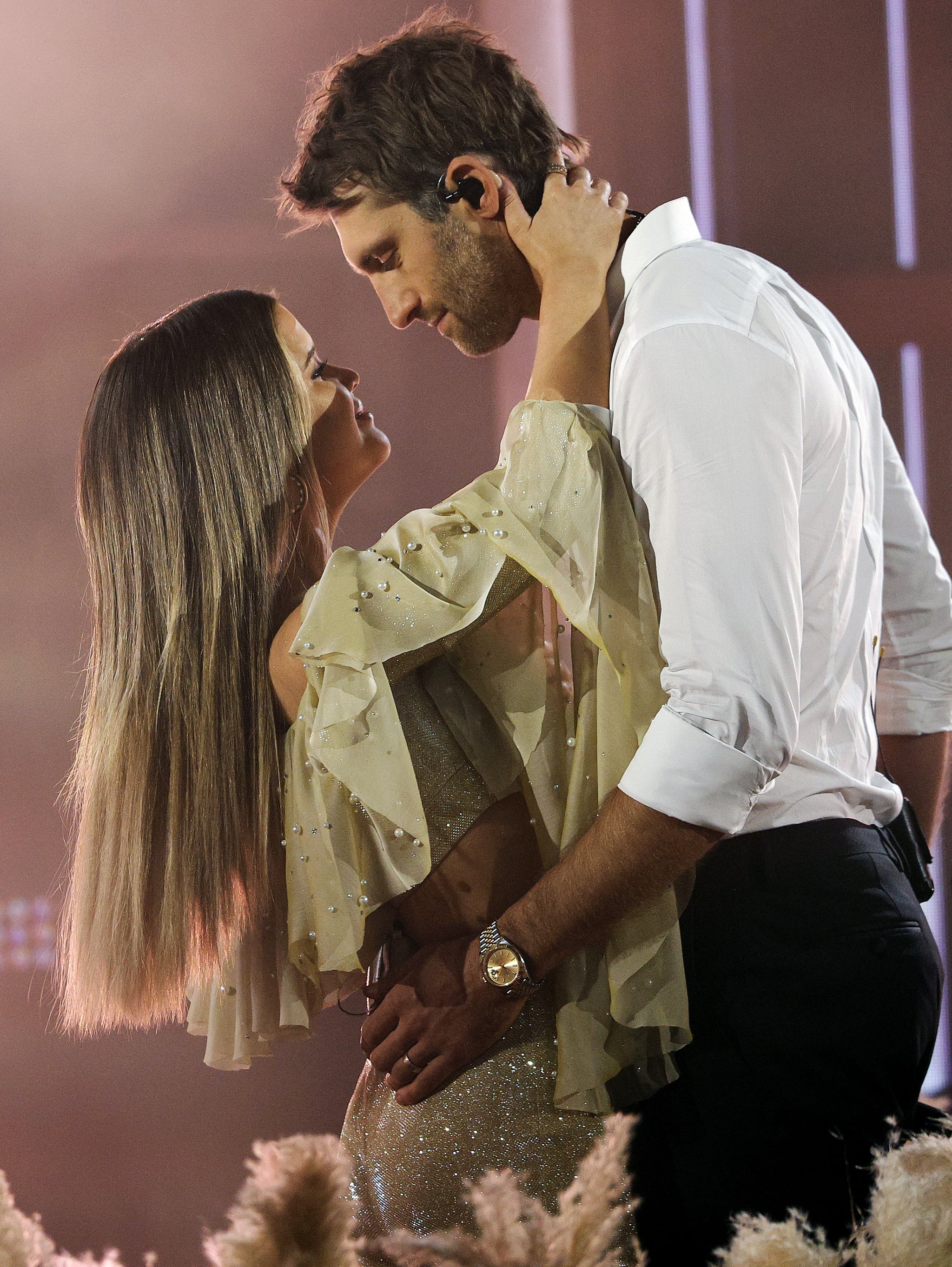 Date night looks a little different for Maren Morris and Ryan Hurd. The talented couple, who welcomed their first child around this time last year, performed "Chasing After You" at the 2021 Academy of Country Music Awards on Sunday. Though they are both established country artists, the song marks their first official duet together. The performance was intimate and ethereal, as Maren and Ryan sang to each other surrounded by fluffy pampas grass.

Morris appeared at the award show last year, offering a rousing performance of her single "To Hell & Back" after giving birth just five months prior. Watch a snippet from Morris and Hurd's romantic performance below, then take a look at the glamorous rose-gold gown Maren wore on the red carpet.