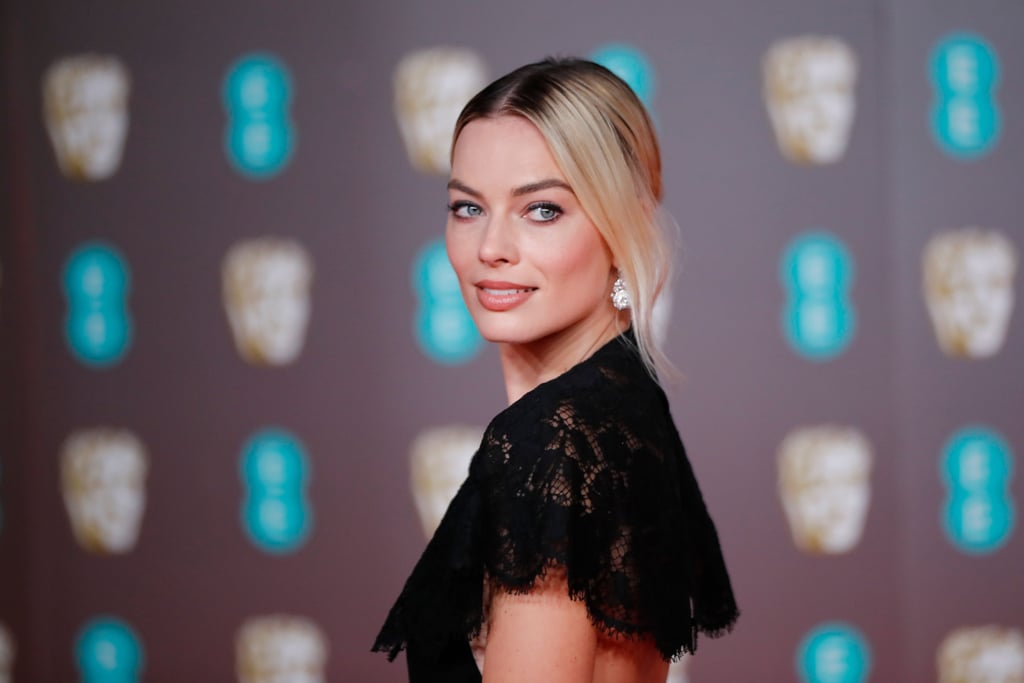 Margot Robbie at the 2020 BAFTAs

There's nothing worse than a boring award show, and it seemed to be heading that way for the 73rd British Academy Film Awards (BAFTAs) on Sunday until Brad Pitt won best supporting actor for Once Upon a Time in Hollywood. Adding some much-needed humor via his acceptance speech, he sent costar Margot Robbie on stage to accept the award on his behalf and deliver his speech, which poked fun at Brexit, Megxit, and the royal family.

Reading Brad's preprepared speech and referring to Brexit, which took place two days earlier, Margot began: "Hey Britain, heard you just became single, welcome to the club. Hope you get the best of the divorce settlement."

She continued by thanking the various people Brad had named then ended the speech with: "He says he is going to name this 'Harry' because he is really excited about bringing it back to the States with him," before quickly adding, "His words, not mine" and dashing off stage as the camera panned to Prince William and Kate Middleton.

Family Life
Teens Can Probably Watch The Woman in the Window, but Be Aware of These 5 Things
by Amanda Prahl 5 hours ago