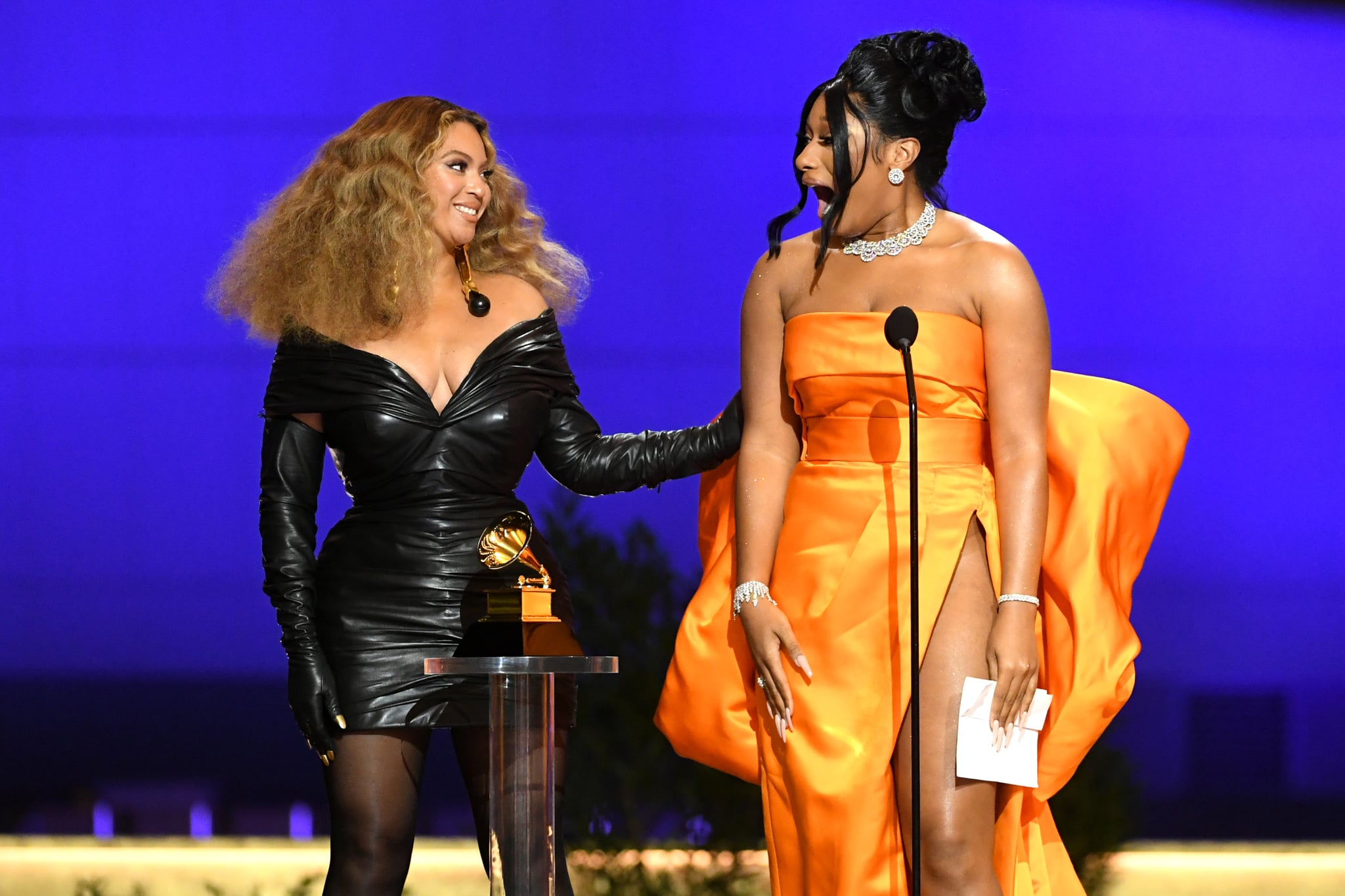 Imagine looking up to Beyoncé your whole life and then getting to do a song with her. Now, imagine winning a Grammy with Beyoncé for that song. Well, that's exactly what happened to Megan Thee Stallion on Sunday night. During the music award show, the duo took home best rap song for their hit collaboration "Savage Remix." As the two shared the stage together, Megan took a chance to thank Beyoncé for inspiring her in her music career.

"I definitely want to say thank you to Beyoncé," Megan said, while standing next to Beyoncé. "If you know me, you have to know that ever since I was little, I was like, 'You know what? I'm gonna grow up and be like the rap Beyoncé.' That was definitely my goal." She added that after seeing Destiny's Child at the Rodeo in Houston, she was especially inspired by the singer's work ethic. "My momma would always be like, 'Megan, what would Beyoncé do?'" She then took a moment to address Beyoncé directly, adding, "Thank you, Beyoncé, for your encouraging words all the time."

Following her speech, Beyoncé took the mic to share her love for Megan as well. "I have so much respect for you and I'm honored that you asked me to be a part of this song," she said. She then took a moment to shout-out out their hometown of Houston. Not only did the award mark one of many Grammy awards for Megan, but it was a historic win for Beyoncé as she tied for the most wins by a female artist. She later became the most-awarded female artist when she took home best R&B performance. Watch the speech ahead.

Music
"It's Been 10 Amazing Years": Little Mix Announces They're "Taking a Break" in 2022
by Chanel Vargas 11 hours ago

Halsey
Permission to Smile at Halsey and BTS's Reunion: "The Coolest Band in the World"
by Naledi Ushe 13 hours ago

Mariah Carey
Everything We Know About Mariah's Christmas: The Magic Continues
by Princess Gabbara 13 hours ago