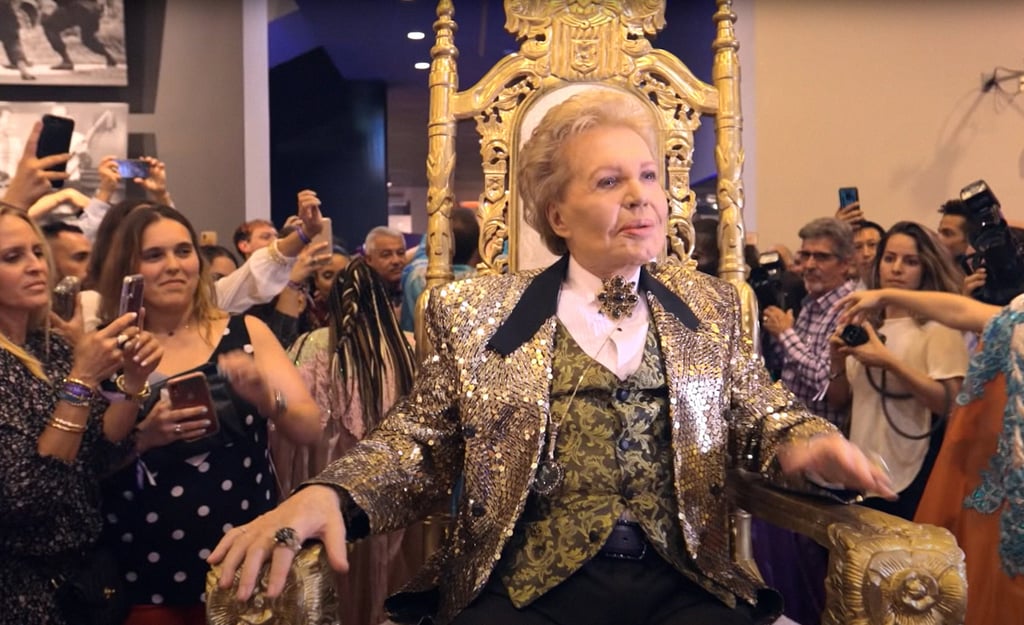 Need some positive energy in your life? Then you should watch Mucho Mucho Amor: The Legend of Walter Mercado ASAP. The Netflix documentary revolves around the life of Walter Mercado Salinas (also known as Shanti Ananda), a fabulous Latinx astrologer and icon who ruled the small screen in Latin America with his weekly astrology TV show for over 50 years. Known for his pure heart, his positivity, and his sparkly capes, Walter Mercado became a clairvoyant legend in the Spanish-speaking world — and eventually, all over the world. Though he sadly passed in November 2019 at the age of 87, his memory lives on, and these hilarious memes prove it.

Related:
25 Walter Mercado Pictures That Are Almost Too Fabulous For the Human Eye
Previous Next Start Slideshow
NetflixMoviesMemesDocumentariesMucho Mucho Amor