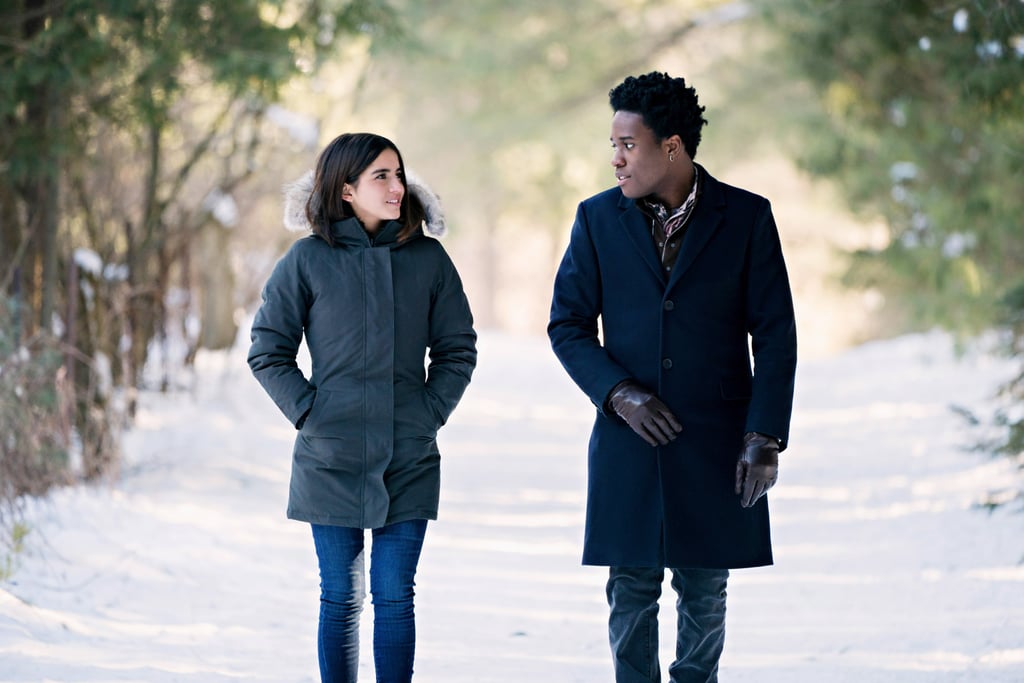 Connecting various storylines, Netflix's Let It Snow is something like a modern-day Love Actually with a teen twist. Light and frothy, it has a fantastic, holiday-themed soundtrack, bookended by an original bop performed by Shameik Moore, who stars as a charismatic pop musician in the film. That's right, that's Spider-Man crooning one heck of a catchy Christmas song for us. Plus, Kiernan Shipka and Mitchell Hope gift us with a lovely rendition of The Waterboys' "The Whole of the Moon." In addition to the actors singing, the soundtrack also offers a wide-ranging selection of everything from indie pop by Summer Camp to a classic hit by The Rolling Stones. If you want to listen to the Let It Snow soundtrack in its gloriously Christmassy entirety, read ahead!