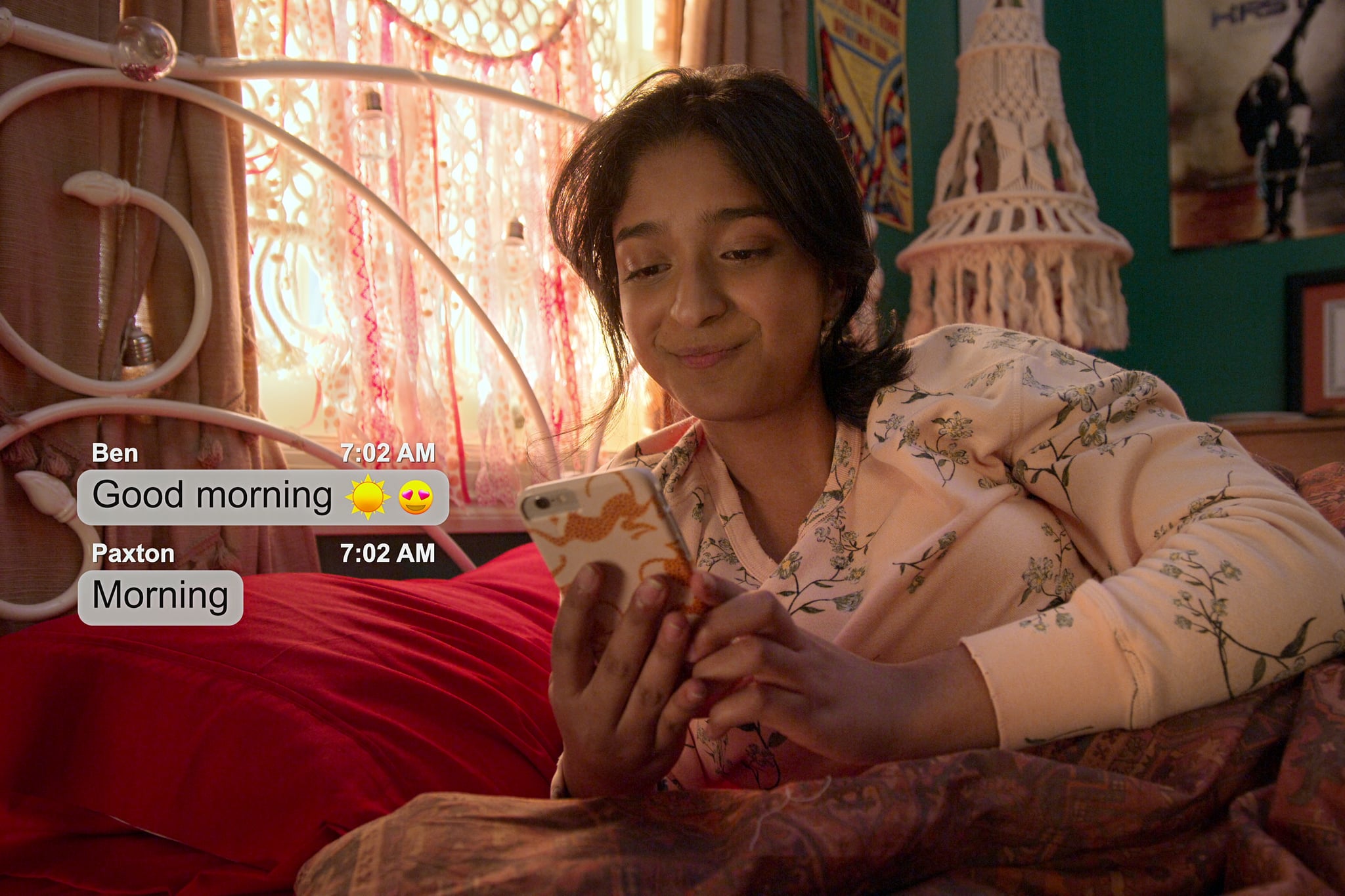 A lot of people consider Devi Vishwakumar of Never Have I Ever to be a problematic character. She lies, hurts the people she loves, and makes incredibly selfish decisions — that much is true. However, there is something to be said about authenticity when it comes to the character of Devi in that she is rarely anyone but herself. She's unapologetic (mostly) and unafraid of being her true self, no matter how culturally inappropriate or frowned upon that may be. It's for that reason that while watching the new season of Never Have I Ever, I found myself feeling jealous of Devi and wishing I had been more like her when I was her age.

I was born in the UK, and I've spent the majority of my life in a South Asian household, bar a three-year gap where I lived in Southampton with my university housemates and my current setting in my own flat. Throughout my childhood and my teenage life, I'd say that my parents were a reasonable level of strict — definitely more so than Devi's mum, Nalini, at least. I was allowed to visit friends outside of school, I went to my fair share of house parties, and I even managed to convince my parents to let me go to Reading Festival way back when, plus an entire year-group trip to Zante in Greece. Yet I still feel like I could've taken more risks and been a more authentic version of myself.

As a South Asian woman who's been brought up in the UK, it's easy to feel like you live a double life sometimes. There's the "you" that you are when you're with your cousins, your grandma, and your parents, and there's the "you" that you are when you're away from all of those people. Growing up, I wasn't as open with my family about what things were like at school, I never had male friends visit my house or sneak into my room, and I very rarely had friends over for sleepovers. Watching the show, I can't help but feel like my experience was a very different one to the character of Devi's. Watching her transition from school to the family home, it feels like there are little to no changes in her personality, her opinions, and the way that she speaks, unlike in my case.

Devi's pretty open with her family in terms of the language she uses, and she really doesn't hold back when it comes to swearing, talking about sex, or dating — subjects that are typically taboo in South Asian cultures. In comparison, I didn't even ask my mum what periods were till it happened to me, and that wasn't because I wasn't aware of them; it just felt awkward to bring up. I would never (to this day) openly swear in front of my parents or discuss dating with them, despite the fact that I've been with my boyfriend for five years (not to mention the fact that we live together). There are definitely more factors that come into play besides Devi's brazen personality, but I couldn't help but notice all of these things that she'd happily do and say, without fear of judgment, making me wish that I could've been just as brave in my younger days.

The one caveat is probably the episode where she gets her nose pierced, because she is somewhat concerned with what her mum will say. Even then, getting her nose pierced is a direct result of her sneaking out of her house in the middle of the night to hang out with boys, and she pretty quickly comes to the solution that she'll "just take it out" before seeing her mum the next morning anyway.

I can't help but wonder what my life would have been like had I taken more risks and been less afraid of what my family would think of some of the things I talked about, the way I behaved, or things that I did. Perhaps a more open relationship would've been the result, or a higher level of understanding about the struggles of growing up in a Western society. Either way, my hope for other young South Asian girls watching the show is this: take the risks. Within reason, of course, but take the time to merge the "double" lives as best you can, without worrying too much about what'll be said about or thought of you. Because the truth is, life is too short to live with regrets, and we could all do with being a little more like Devi Vishwakumar.