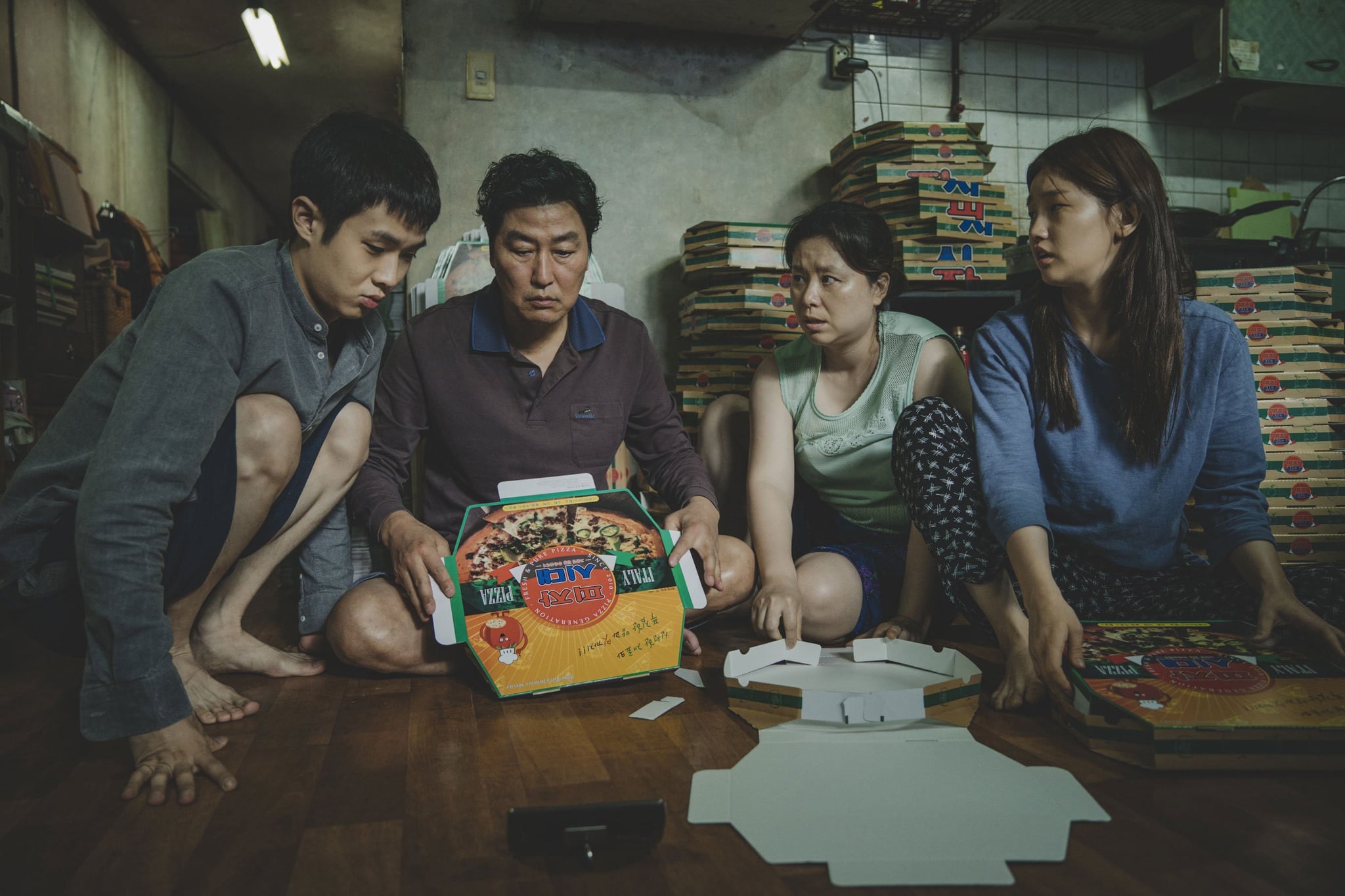 Warning: spoilers ahead for Parasite!

From Elizabeth Holmes to Mossack Fonseca, we often hear about the rich scamming the poor. But in Bong Joon-ho's new thriller, Parasite, the have-nots scam the haves, using the wealthy's greed and ignorance against them. The poor Kim family deceives the Parks into gainful employment, even poisoning their housekeeper with peach fuzz to drive her out. The moral of the story is that rampant income inequality hurts everyone, especially those at the bottom (or, you know, in the basement). Running away with this idea, Bong creates one hell of a twisted film. Here's a breakdown of Parasite's wild and heartbreaking ending, as well as the messages and symbolism that emerge from it.

The movie's biggest twist reveals itself after the Parks go camping. The Kims celebrate their newfound employment over food and drinks at the estate. During the stormy night, the old housekeeper Moon-kwang begs the Kims to let her in. Her secret unravels: she's been hiding Geun-se, her debt-ridden husband, in the basement all this time. But she finds ammo to use against the Kims, learning that they're a family and that they're fixed on scamming her former employers.

When the Parks unexpectedly come back, the Kims manage to trap Moon-kwang and her husband in the basement, and slowly, Mrs. Kim helps her family sneak out, since, as the driver and tutors, they aren't supposed to be there. She also fatally kicks Moon-kwang down the basement stairs.

The Kims return to their ramshackle home, only to discover that a flood destroyed their neighborhood. Ki-woo (the son) cradles the lucky scholar rock that his friend Min gave him as his family finds refuge at a gym. The rock becomes a symbol for the Kims' unattainable fantasies of wealth and prestige.

The very next day, the Parks throw an impromptu birthday party for their son, and that's when sh*t hits the fan. Ki-woo sneaks down into the basement bunker during the celebration with the rock to confront Geun-se, who uses it as a weapon to smash Ki-woo's head. Again, there's symbolic significance here — the rich maintain their status thanks to the blood, sweat, and tears of the poor. Here, there's literal blood when Ki-woo attempts to hide his secret.

Bloodied up, Geun-se comes up to the party, much to the horror of the Parks' rich friends. He then kills Ki-jung (the Kims' daughter) but is quickly stabbed to death by Mrs. Kim. His appearance triggers the Parks' son, who begins seizing. When Mr. Park gets the car keys to drive to the hospital, he wrinkles his nose over Geun-se's corpse, which sets Mr. Kim off the rails. A day earlier, Mr. Park told his wife that Mr. Kim had a weird smell, not knowing his driver was hiding beneath his table. Disgusted with Mr. Park's attitude toward the poor, Mr. Kim fatally stabs his employer.

Ki-woo's Promise to His Father

Ki-woo eventually wakes up from a coma. He and his mother receive probation for their crimes and return to their old apartment. While creeping on the Park residence (now owned by Germans) one day, he notices a light flickering in Morse code, realizing that his father is sending him a message from the basement.

Ki-woo writes a letter back to his father, promising to free him by becoming rich and buying the house. We see a montage of him in ritzy clothes, reunited with his father, but this moment is implied to be a daydream, as the film ends with Ki-woo finishing the letter in his bedraggled apartment.

In the end credits, Choi Woo-shik (who plays Ki-woo) sings a song about how it takes him 564 years to save up money to buy the house. Choi is hopeful that his character will find a way around this, though. I do hope that the family reunites — but it's more realistic to leave the viewers in the dark, much like Mr. Kim's cursed basement situation.